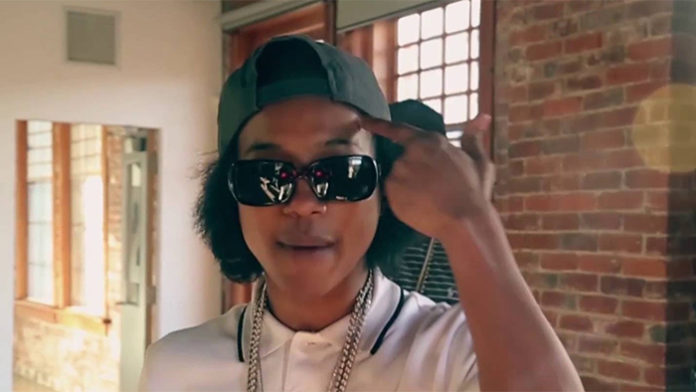 A new rapper out of Toronto, Canada, Pressa recently dropped his debut mixtape, Press Machine earlier this year. Despite the fact that he just launched his music career, he has been rapping since his early teens. Already, he has begun to make a name for himself in the rap scene with his unique sound.

His first two singles, TBH and Deadmihana were released in early 2016. Quickly catching on, they have since gained more than a million views each on Youtube. From there, the 20 year old soon launched his own independent record label, Blue Feather Records. Some of his other recent titles include, She So Pretty, 100 Was Bar, Lavish, and Diamonds Dancin, all of which have been streamed tens of thousands of times online.

As far as joint ventures go, he’s collaborated with Tory Lanez, Murda Beats, Gigs, Big Billz, and K-Koke, to name a few. With all that said, how successful has his career been? Is Pressa doing well for himself in the rap game? Unfortunately, his net worth is currently under review- nevertheless, let’s take a look at what he’s managed to accomplish over the past couple of years!

How did Pressa Make His Money & Wealth? 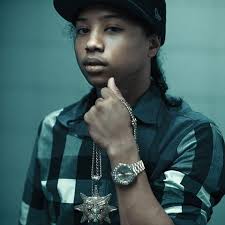 Born on May 10, 1996, in Toronto, Canada, Pressa (Real Name: Quinton Gardiner) has been rapping ever since he was nine years old. Growing up in a crime-rampant neighbourhood, he watched many of his friends succumb to gun violence and the like as a young teen. At one point, he himself (with his brother) was also involved with a local gang, with whom he had multiple run-ins with the law.

Ultimately, it was after the death of his best friend Kwasi Skene-Peters, that he decided to take rap more seriously. Wanting to better both his family and his own life, he exalted all of his energy into music. With a few of his neighbourhood friends, Pressa later created his first song, Wass Gang. As an artist, he cites Gucci Mane, 50 Cent, Drake, and Meek Mill as some of his greatest influences.

In January 2016, Pressa dropped his debut single, Deadmihana via his own independent imprint, Blue Feathers Records. Produced by Dabeatplug, the track eventually made its way onto Soundcloud, where it has since been played over 153,000 times. On Youtube, accompanying visuals were also uploaded to the rapper’s channel; to date, the video has received over 2.2 million views.

Riding the momentum into his second record, he released his second single, TBH (To Be Honest) just a month later. Featuring production from Motivatedbeatz, it quickly gained traction online- particularly on Soundcloud. A street hit, the song has since been streamed over 1.3 million times on the platform. Similarly, the official music video has been played more than 1.8 million times since it was first uploaded onto Youtube.

Made available for streaming on Soundcloud, the playlist has since been listened to hundreds of thousands of times combined. Going by stream count, the most popular tracks from the mixtape include Diamonds Dancin’ (205K listens), Wassi Callin’ (183K listens), Baby Girl (176K listens), and Red Fox (165K listens). If anything, Press Machine only further boosted Pressa’s presence in the rap scene.

As a present to fans, the emcee recently also dropped an EP promo titled, Metropolis last month. A sneak peek of what’s to come, it comprised of three cuts, Perdu Dans Paris, Back end, and Those Rollers.

On top of recording new material, Pressa has also been busy with touring. Not only did he open for Drake’s Boy Meets World Tour, which proved to be “a full-time job”, but he’s also put on several solo shows since. For instance, he’s currently hitting up Helsinki, Finland, where he’s due to put on a number of concerts. Some of the other cities that he’s performed at recently include Edmonton, Vancouver, London, Amsterdam, Berlin, Amsterdam, among others.

If you’re interested in seeing the rapper perform live, he still has many upcoming shows booked- for more information, please click here.

On Youtube, it’s likely that he also receives a stream of passive income from his channel. As of October 2017, Pressa currently has over 18,000 subscribers on the site, with close to 9 million combined views. So far his most popular upload, the MV for Deadmihana has been viewed over 2.2 million times. Some of his other top videos include the visuals for TBH (To Be Honest), John Connor, and 100 Wassi Bar.

How much has he earned altogether from his Youtube channel? To calculate this, let’s assume that he makes $2 for every 1,000 ad views that he receives. If this were to be true, his earnings from the site would be close to $7,000.

As far as we can tell, the twenty something is not married. Having said that, not much about the rapper’s personal life has been divulged to the public.

Does Pressa Have Any Children?

From what we can tell, no- Pressa does not have any children.

Did Pressa Go to College?

At this point in time, not much is known about his education history. With what we’re given, it’s currently assumed that Pressa has not gone to college.

What is Pressa’s Real Name?

The rapper’s real name is Quinton Gardiner- though he mostly just goes by Pressa.

Where does Pressa Live? Pictures of Pressa’s House

Assuming that he hasn’t moved recently, Pressa currently resides in Toronto, Canada. Unfortunately, we do not have any further details or photos of his home to share with readers at this time.

What Kind of Car Does Pressa Drive?

How Much Did Pressa Make Last Year?

Regrettably, We do not have any information on Pressa’s 2016 earnings at this time.

This past spring, Drake came under fire after he invited the Pressa to open for his Boy Meets World Tour in Europe. According to reports, the rising MC was in fact out on bail at the time of the tour, as he had recently been arrested for pistol whipping, allegedly kidnapping and torturing of two teens.

Regarding the aforementioned charges, the rapper is set to appear in court for the charges later this month.

If you want to stay on top of his news and announcements, be sure to follow him on social media- for one thing, you can find him on Twitter at @pressapressa.