Russ Net Worth 2018 – How Much The Rapper Makes Now 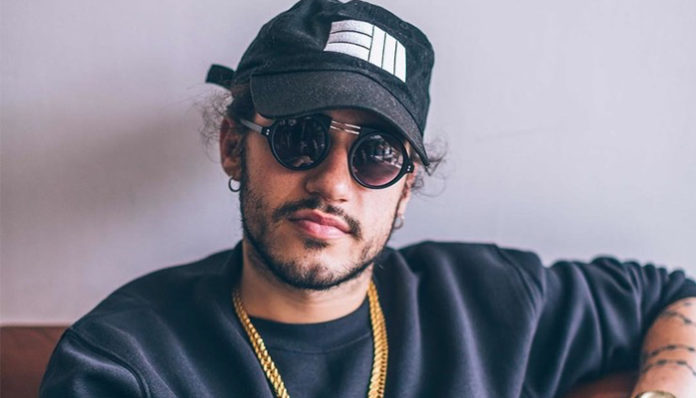 A rising rapper from New Jersey, Russ is perhaps best known for his singles, Losin Control, and What They Want. Introduced to the world of hip hop at the age of seven, he eventually began making his own beats in his early teens. After honing his sound for a few years, he released his debut mixtape, Velvet in 2011.

Since then, the twenty something has come out with several additional tapes including, Apollo 13, Vacation, Straight From Limbo, Color Blind, The Edge,  and How to Rob, among others. Some of his early singles include, Goodbye, Willy Wonky (Feat. Paulina and Safe), Too Many, and Pull the Trigger. Ultimately, it was the release of his 2015 hit, What They Want that propelled him into rap stardom.

From there, he eventually followed up with, Losin Control, which went on to become his second platinum-certified single. Most recently, Russ released his debut album, There’s Really a Wolf in May 2017. Not only did it reach the music charts in multiple countries, but the album has since also gone gold in the US.

How well is Russ doing for himself nowadays? How lucrative has his music career been? According to sources, the young artist currently has an estimated net worth of $1 million. Where did he make this money from? Let’s take a look below.

How did Russ Make His Money & Wealth? 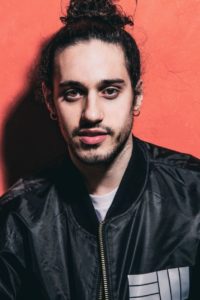 Born on September 26, 1992 in Secaucus, New Jersey, Russ (Real Name: Russell Vitale) moved around frequently during his childhood due to his father’s work. Seeing as how his parents often listened to music at home, he grew up with it in the background. As a young boy, he frequently listened to Bruce Springsteen, The Mommas & The Poppas, Billy Joel, Luther Vandross, and Wind & Fire.

Ultimately, he was introduced to rap at the age of seven- some of the first hip hop acts that he listened to included 50 Cent, Dr. Dre, and Eminem. Drawing inspiration from Kanye West and Drake, two of his greatest musical influences, he eventually started to get involved with beat-making in his early teens. By the time he was eighteen, he had recorded his first song.

In December 2011, Russ came out with his first project, a mixtape titled, Velvet. Made available as a digital download, it contained eight tracks- In My Mind, Blue Hope, Princess Jasmine, High Def, Skyline, Battle, and Vision. Despite minimal promotion, the tape created a decent amount of buzz online- to date, the playlist has been streamed over 50,000 times (combined) on Soundcloud.

Penning another set of songs, he later released a second mixtape, Apollo 13 in early 2013. A blend of hip hop and R&B, it gave rise to several tracks some of which included Baileys Dogma, Jungle, Castles, Space, Window, and Orbit. Not only is the tape up for streaming on multiple sites, but it’s also available for downloading on Russ’ official website.

Prior to the end of 2012, the rapper dropped two additional tapes, 5280, and Vacation. Similar in terms of style to his earlier projects, they came packed with a number of tracks including Walk a Mile, The Ceremony, I Don’t Know, and Let Me Know, the last of which was a collaboration with fellow New Jersey rapper, Bugus.

Riding his momentum into 2013, Russ continued to put out mixtapes over the next year. That January, he released Straight From Limbo, a 19-track project that included a few guest appearances from Dartlin, Jalil, and Bugus. Some highlights from the playlist include, Holy Trinity, Streelights, Coup D’etat, The Lookout, Let Me Live, and In The Wind. From there, he released The Edge in June, before coming out with Color Blind in September 2013.

By the start of 2014, Russ had a decent underground following. That January, he released the mixtape, Pink Elephant. Written and produced entirely by the rapper himself, it came with eight tracks, We Should All Burn Together, Problem Child, Devil In Her Heart, Walk Thru It, 23, That Feeling, Goodbye, and Psycho.

Three mixtapes soon followed including, Brain Dead, Silence, and How to Rob.

Then, a few releases later, he hit it big with the song, What They Want. Originally released on Soundcloud in August 2015, the single was engineered, written, produced, mixed, and mastered, entirely by Russ. The breakthrough he had been waiting for, it entered the Billboard Hot 100 at number 83, making it his first title to appear on the chart. Within a few weeks, the single had also managed to reach number 33 on the Hot R&B Songs chart.

Responsible for his rise to fame, What They Want also enjoyed similar success in Canada, and Belgium where it charted at number 70 and number 50 respectively. By the end of the year, the song had gone platinum in the US with over one million domestic sales.

A year after its initial release, an accompanying music video was uploaded to Russ’ Vevo account. As of August 2017, the MV has well surpassed the 100 million view mark.

Not long afterwards, he hit it big a second time with the single, Losin Control. Dropped on November 9, 2015, it eventually surpassed that of its predecessor, rising to number 62 on the Billboard Hot 100; it later also peaked at number 28 on the Top R&B Songs chart. Though the song didn’t chart outside of the United States, it still proved to be a smash hit- selling over one million copies across the country.

In February 2016, accompanying visuals were uploaded to the rapper’s Vevo account; to date, the MV has been viewed more than 50 million times on Youtube.

Then on May 5, 2017, Russ released his long awaited debut album, here’s Really a Wolf. Originally announced in April, the project gave rise to twenty tracks, all of which were composed, and produced by the rapper. A few highlights from the playlist include, Ride Slow, I Wanna Go Down With You, No Turning Back, One More Shot, Pull the Trigger, Back to You, and Family & Friends.

Upon its release, There’s Really a Wolf entered the Billboard Top 200 at number 7 and the Top Hip-Hop Albums at number 4; by the end of the first week, close to 50,000 copies had been sold in the US. Elsewhere, it also enjoyed success in Canada, Australia, Belgium, Switzerland, New Zealand, and France.

With three months, Russ’ debut album had sold over 500,000 units, earning it gold accreditation from the RIAA.

Aside from what he pockets from his musical releases, the rapper also makes a decent amount from going on tour. For instance, he hit the road for over 70 shows- from the UK to Canada in 2016. As for this year, he has also travelled and performed at 80 different venues across the world. Just earlier this month, he put on a performance at Zilker Park in Austin, Texas.

Though he doesn’t have any tours booked for the upcoming months, Russ does have two shows coming up later in October, and in December. More specifically, he will be hitting the stage at Hawaii’s Neal S. Blaisdell Arena and at Colorado’s Red Rocks Amphitheatre.

On top of everything that’s already been mentioned, the rapper’s Youtube Channel also yields a decent amount from ad revenue. Since the launch of his Vevo account in July 2016, Russ has amassed over 1.1 million followers with more than 386 million video views. Currently, his most popular video, the MV for What They Want has been viewed over 125 million times.

How do those numbers translate to dollars? Unlike the average Google partner, Vevo users have a much higher pay ratio. According to sources, their advertising rates range anywhere from $25 to $35 per 1,000 views. Doing the math, this would equate to $3.8 million to $5.4 million (having said that, most of this would go towards Vevo).

To sum everything up, it’s clear that a significant portion of Russ’ $1 million fortune came from the success of his singles, What They Want, and Losing Control, and album, There’s Really a Wolf. On top of that however, his income is also supplemented by what he makes from concerts, touring, and ad revenue.

If you’d like to support the artist, he has his own online store at russ.merchnow.com. Looking at it now, an array of merchandise items are available from hoodies, to phone cases.

As far as we know, the rapper is not married, nor is he in a relationship. Having said that, it’s known that he dated someone at one point in the past, as his song Losin Control is based on one of his ex-girlfriends.

Does Russ Have Any Children?

No, Russ does not have any children that we know of.

Did Russ Go to College?

At this time, not much has been revealed on Russ’ education history. For now, it’s assumed that he has not gone to college.

What is Russ’ Real Name?

The rapper’s stage name is simply a shorted version of his real name, Russell Vitale.

Where Does Russ Live? Pictures of Russ’ House

From what we can tell, Russ has been residing in Georgia since his teen years. Other than that however, we don’t know much else regarding his location, nor do we have any photos of his home to share at this time.

What Kind of Car Does Russ Drive?

Unfortunately, we do not have any information on Russ’ vehicle at this time.

A platinum-selling artist, Russ rose to fame for his smash hits, What They Want, and Losin Control, both of which settled nicely on the US record charts. This summer, he also came out with his debut album, There’s Really a Wolf, which has since been certified gold by the RIAA.

As far as accolades go, the rapper was nominated for a Woodie Award (e.g. Woodie to Watch) earlier this year.

How Much Did Russ Make Last Year?

Regrettably, information on Russ’ 2016 earnings are unavailable at this time.

Aside from having released his debut album, There’s Really a Wolf this year, he dropped a few singles including The Journey, Wife You Up, Me You, Issues, Think Twice, and Prosper.

As mentioned earlier, he also spent most of this year on the road, in support of the above album. For more information on his upcoming concert dates, please visit his official website.

If you want to stay on top of his news and announcements, be sure to follow Russ on social media- for example, you can find him on Twitter at @russdiemon.