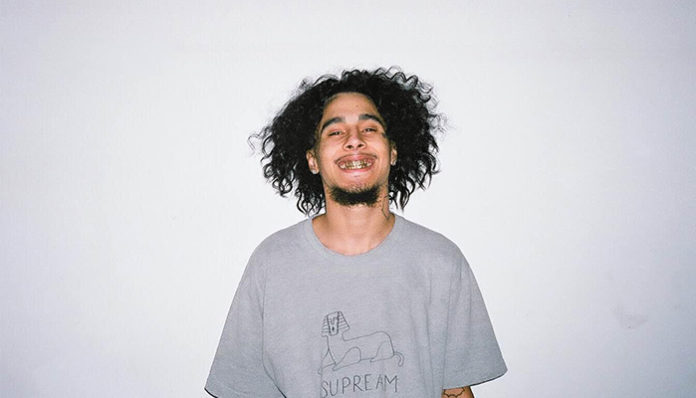 Based in New York, Wifisfuneral recently hit it big with the release of his viral mixtape, Black Heart Revenge. A rapper since his teen years, he has put out a number of projects throughout the 2010’s including, Wifisfuneral, Hunnid Degrees Latino Heat, This is Temporary, and 19.

Striving to make his way to the top, he has already released three albums this year- When Hell Falls, ETHERNET, and Boy Who Cried Wolf, all of which further cemented his place in the rap scene. To date, some of his most popular tracks include, Lights, Wya?, Love the Feeling, Grim, It Don’t Matter, and I Can’t Fold.

A rising star, Wifisfuneral has already amassed over 139K followers on Soundcloud- the platform to which he posts most of his creative material. Similarly, the rapper also has more than 19K subscribers on Youtube. In addition to those two sites, he is also active on Twitter, Facebook, and Instagram.

With all that he’s managed to release over the past few years, how much has gone into his bank account? How wealthy is the twenty year old? According to various sites, Wifisfuneral has an estimated net worth of $60,000 as of 2017. Where did he earn the bulk of this money from? Let’s find out below.

How did Wifisfuneral Make Her Money & Wealth? 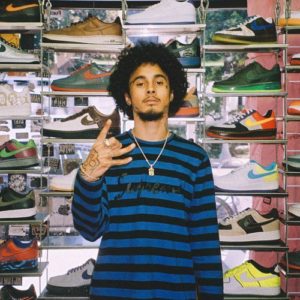 Born on March 20, 1997, in The Bronx, New York, Wifisfuneral (Real Name: Isaiah Rivera) was raised single handedly by his mother in Palm Beach, Florida; his father- a former rapper, was not in their lives. When he was eight years old, he watched a music video of Mo Money Mo Problem on TV; ultimately, it was that MV that sparked his interest in rap.

Realizing that was what he wanted to do in life, he exclaimed to his mother that he was one day, going to become a rapper. Experimenting with his rap into his teens, Wifisfuneral eventually dropped out of school during his sophomore year to focus on his music. Determined to succeed, he wrote his first song at the age of sixteen.

From 2014 to 2015, the rapper released a number of mixtapes including, Wifisfuneral, Hunnid Degreez Latino heat, Wifisfuneral 2, and This is Temporary.

By 2016, Wifisfuneral had started to gain traction in the underground community. That spring, he came out with the 3-track EP, 19. Produced by KSWISHA, and ShinoXMker, its playlist consisted of Half a Perc, Now I’m Back, and Flehx. Uploaded to Soundcloud, the project has since been streamed over 460K times.

From there, he hit it big with his next album, Black Heart Revenge. Released on May 26, 2016, its 14 tracks were mixed and mastered by HenryDaher. A major success, the project sprung him into the next level of fame; to put things into perspective, the songs have since been played millions of times on Soundcloud. In support of the album, Wifisfuneral also embarked on a concert tour, which he chronicled in a series of videos on his Youtube Chanel.

Riding his momentum into the new year, he released his next album, When Hell Falls in January 2017. Made available on a number of streaming platforms, it featured a number of guest appearances from Danny Towers, Yung Bans, and Kembe X. A step up from his previous title, twelve tracks came with the disc including Luv Me Never, Floating on a Cloud, Dinner At Mom’s, Lost My Mind, and Fallen Soldier/Nobody. As of October 2017, the most popular song- Hell on Earth has been streamed over 856K times.

Since then, the 20 year old has dropped yet another album– one titled, Boy Who Cried Wolf. Teased on social media prior to its release, the 17-track project gave rise to several hits including Weight it Out, Lil Jeff Hardy, Jackie Chan, 1st Day Out, 3 Cans, and Wrist Motion– many of which featured appearances from artists such as 458 Keez, CHXPO, Cris Dinero, and Kid Trunks.

One of his most successful releases to date, Boy Who Cried Wolf hasracked up millions of streams since it was first posted to Soundcloud in August 2017.

Aside from what he earns from his records, it’s highly likely that the rapper has been monetizing his videos on Youtube. Since he first created his channel in March 2016, he has amassed over 19,000 subscribers with more than 2.2 million views. Sorting his videos by “most popular”, we can see that his top upload, the MV for It Don’t Matter has received over 954K views.

How much does the average youtube user make from displaying ads on their videos? The answer to that is- it depends. Generally speaking though, it ranges between $2 to $5 per 1,000 views. Assuming this is true, Wifisfuneral would have already yielded anywhere from $1,800 to $4,5000.

While it yields him with some extra cash however, it’s in no way comparable to what he makes from touring. Since his debut, the New Yorker has hit the road multiple times- in fact, he is currently on tour as we speak! As of October 2017, he has already put on 20 shows across the Untied States from Santa Cruz, California, to Atlanta, Georgia.

Interested in seeing him live? You’ll be happy to know that he still has many upcoming performances over the next three months! For more information on the dates and venues, please visit Wifisfuneral’s official website.

No, from what we can tell, the 20 year old rapper is not married. In fact, we do not know much at all about his dating status at this time.

Does Wifisfuneral Have Any Children?

As far as we know, Wifisfuneral does not have any children.

Did Wifisfuneral Go to College?

No, he has not gone to college. If you recall what we said earlier, he had dropped out of high school during his sophomore year to pursue a full time music career.

Wifisfuneral currently resides in his hometown in The bronx, New York. Unfortunately, we do not have any photos of his home to share at this time.

What Kind of Car Does Wifisfuneral Drive?

At this time, we do not have any information on his vehicle.

How Much Did Wifisfuneral Make Last Year?

Regrettably, we do not have any information on Wifisfuneral’s 2016 earnings at this time.

Just a couple of months ago, the rapper released his latest album titled, Boy Who Cried Wolf. In support of it, he has also bene touring across the United States as mentioned above.