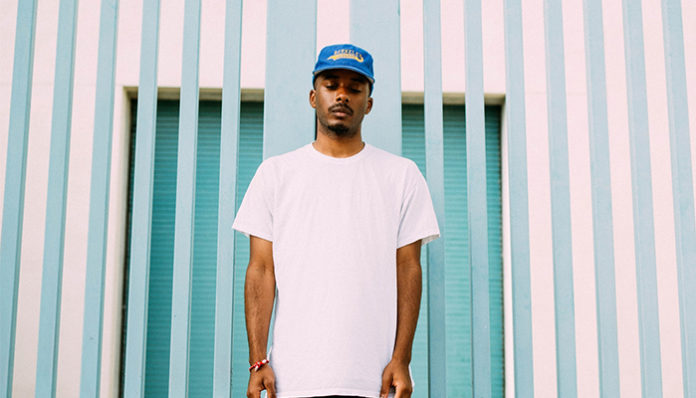 A rising talent from the Bay Area, Caleborate recently came into the spotlight with the release of his album, 1993. Growing up with music, he got into rap in his teen years, after discovering the works of Jay Z and Kanye West. Following in the footsteps of his older brother, who often recorded music at the studio, he eventually wrote his own beats at the age of fourteen.

As one thing led to another, he decided to pursue rap as a full-time career in his late teens. In 2014, Caleborate released his first album, #theusual, which gave rise to a handful of hits. From there, he  dropped Hella Good in 2015, and 1993 in 2016. Some of his most popular songs to date include, Want It All, Produced by J. Cole, Consequences, and Anna’s Lament. Most recently, he dropped the album, Real Person in October 2017.

From his debut until now, the 24 year old has already amassed himself tens of thousands of followers online. On Youtube alone, the rapper has over 14,000 subscribers.Considering how successful his music career has been so far, one has to wonder- how much has he banked from his endeavours? How well off is Caleborate?

Unfortunately, his 2018 net worth is currently under reviews. Having said that, let’s go over what he’s accomplished over the past few years.

How did Caleborate Make His Money & Wealth? 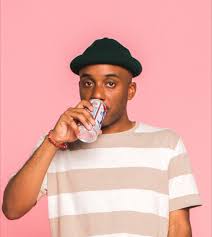 Born on May 23, 1993, in Berkeley, California, Caleborate (Real Name: Caleb Parker) was raised in Sacramento alongside his older brother. Growing up in the 90’s, he listened to to a variety of music- more specifically, whatever his parents had playing in the house. It wasn’t until his early teen years that he started to dig through their collection of CDs; from there he discovered the works of Kanye West and Jay Z.

When he was fourteen years old, his older brother who was an aspiring artist at the time, invited him to the studio. There, he and a few friends played a beat, to which he encouraged Caleborate to rap over- looking back, that was his first encounter with hip hop. Putting his creativity to the test, he eventually penned his first song.

From there, he wrote his own beats whenever he could- whether it be in the shower or during a jog. In his own words, “[he] had too many ideas in [his] head”, this eventually led him to start writing everything down in a notebook. By the time he was seventeen, Caleborate had made the decision to pursue rap as a career- as he had put it, it had all started from “[his] brother pushing [him] to rap over a beat.”

Taking his hobby more seriously, Caleborate began burning his own CDs, each of which contained a collection of seven or eight songs. Perfecting his sound over the next few years, he later released his debut mixtape, #theusual in 2014. Produced by Al Dali, it boasted four tracks including Anna’s Lament, Riding With Taylor, Us and Them (Feat. Cash Campaign), and I. Willem Ardui.

A year later, he came out with his second project, Hella Good. Another step in the right direction, the LP boasted 12 tracks including Youth in Revolt, The World, The Hustle, Get The Green, From The Eastbay With Love, and The Fuzz II. Produced by Willem Ardui, Drew Banga, Wonderlust, and Ian Mckee & Turk, the playlist has already been streamed hundreds of thousands of times on Soundcloud.

Then in August 2016, Caleborate dropped his new album, 1993 featuring Sylvan LaCue, Cash Campaign, and Cadence, and a few others. A polished piece of work, it gave rise to several tracks including, Gotta Know, Thank God, Mind Piece, For Sallie Mae, 250 A.M., and Gemini’s Revenge. A showcase of his creativity and lyricism, the most popular song, Consequences has been played over 185,000 times on Soundcloud.

Most recently this October, he dropped his latest album, Real Person. Featuring 1-O.A.K., Donte Thomas, and Mvck, it comprised of ten tracks including Real Person, No Way, Wanna Be, Down, Caught Up, and Bankrobber. Despite having only been released a few days, the project has already received over 30,000 streams on Soundcloud.

Like most rappers, Caleborate has also put on a number of concerts since his debut. For instance in 2016, he performed ten shows across California from San Francisco to Los Angeles. So far this year, he has also travelled to and performed at Washington, Philadelphia, Santa Cruz, and LA. At this time, he does not have any upcoming dates booked.

On Youtube, Caleborate also has a following of over 14,000 fans. Assuming that he has been monetizing his videos (most of which are audio clips), he’d earn a small amount from ad revenue. As of October 2017, the artist has over 410,000 video views- this roughly translates to a few hundred dollars in earnings.

No, from what we can tell, Caleborate is not married- in fact, his relationship status is currently unknown.

Does Caleborate Have Any Children?

Did Caleborate Go to College?

As of 2017, he is a student at an unnamed Arts University where he is studying to become a news broadcaster. Having said that, music is still his number one dream.

What is Caleborate’s Real Name?

The rapper’s stage name is actually derived from his real name, Caleb Parker.

Where Does Caleborate Live? Pictures of Caleborate’s House

The last that we checked, Caleborate was living with his older brother in Berkeley, California. Unfortunately, we do not have any pictures of their home to share at this time.

What Kind of Car Does Caleborate Drive?

We do not have any information on Caleborate’s vehicle at this time.

At 24 years old, Caleborate has already released three albums, #theusual, Hella Good, and 1993. Some of his most popular songs include, Consequences, Want it All, The Juice, Anna’s Lament, Produced by J. Cole, Options, and Kale.

Across social media, the rapper currently has over 40,000 followers across the world.

How Much Did Caleborate Make Last Year?

At this time, nothing has been divulged regarding Calebroate’s earnings for 2016.

If you’d like to stay on top of his news and announcements, be sure to follow Caleborate on social media- you can find him on Twitter at @caleborate.