Scooter Braun Net Worth 2018 – How Rich Is Justin Bieber’s Manager? 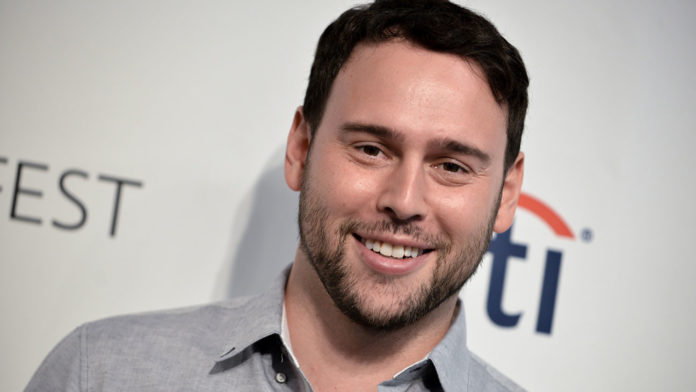 At some point during childhood, every little kid has that daydream fantasy where they’re sitting in class and a celebrity bursts in, tells them they have a special talent, and whisks them off to a life of absolute fulfilment. For even the luckiest of us, our talents might only land us a kind-of nice job where the enjoyment/payment factor is always just slightly out-of-balance. For Scooter Braun, however, the daydream fantasy came true. Just how does one go from the guy in charge of organising the weekly frat party to brokering million dollar media campaigns, working A-grade celebrity marketing, and discovering frickin’ Justin Bieber?!? At light speed, it turns out. How did this management phenom get his start and are there any secrets of his success we can steal…er, make part of our life philosophy? Let’s find out.

How Did Scooter Braun Make His Money & Wealth? 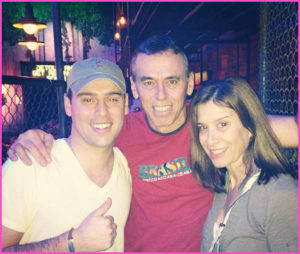 Born Scott Samuel Braun on June 18, 1981 in New York City, he was a true example of the product of the American Dream. Scooter’s paternal grandparents were Hungarian Jews who barely escaped the Holocaust and then fled to the United States when the Soviet Union brought their full force down on the Hungarian Revolution. Scooter’s father, a dentist, and his mother, an orthodontist, became the parents of 5, including siblings Liza and Adam and siblings-in-spirit, Cornelio and Sam (and they all probably had amazing teeth growing up). A student at Greenwich High School, Scooter definitely stood out; class president, basketball player, and amateur documentarian. Even though he was just a high school kid, Scooter sent in a 10-minute documentary (The Hungarian Conflict) for National History Day and not only won awards at the regional and state level (placing 3rd overall), but also came to the attention of Steven Spielberg, who sent the film to the United States Holocaust Museum. While attending Emory University in Atlanta, Georgia, Scooter got in the habit of organising parties, building such hype and a name for himself that in 2002, he was hired to plan the after-parties for the Anger Management Tour (featuring Eminem and Ludacris).

Getting a foot in the door brought 19 year-old Scooter to the attention of Jermaine Dupri, boss of So So Def Records, who offered him a lucrative marketing position which would take him to executive director of marketing. Juggling work for So So Def, his side-business party planning, and university, he was getting a taste of the big time, setting events for some prime hot-ticket clients including Brittany Spears and the NBA. Time-sharing couldn’t last and Scooter ultimately left Emory and So So Def Records, going independent and cutting his teeth on his very first deal, a $12 million campaign between rapper Ludacris and Pontiac for both product placement in the music video for ‘Two Miles An Hour’ and the song’s use in Pontiac advertisements. In 2007 Scooter made it official, creating the SB Projects entertainment/marketing company encompassing his own musical label (Schoolboy Records) and RBMG, a joint-ownership collaboration with Usher. All this, however, was still only the beginning. In 2008, Scooter saw a YouTube video of a Canadian boy covering a Ne-Yo song and a few phonecalls later, that boy, Justin Bieber, was sitting in his office, signed to a temporary contract. With Scooter pitching him to Usher and Justin Timberlake, Justin Bieber ended up signed to Def Jam Records on a 50/50 profit split with RBMG. Scooter Braun was now a king-maker.

While it might now seem like it, life isn’t restricted to Justin Bieber. SB Projects also encapsulates Scooter’s management firm (SB Management) and publishing wing (Sheba Publishing, and his bankable clients have expanded, including South Korean phenom Psy (Park Jae-sang, whose viral worldwide hit ‘Gangam Style’ became the first YouTube video to hit 1 billion views, currently the 2nd highest viewed video on the site), British/Irish boy band The Wanted, Carly Rae Jepsen (‘Call Me Maybe’), and Ariana Grande. At the still-tender age of 36, Scooter has accomplished with style and charm what usually takes decades of working in PR and marketing. From keeping the Biebs in line (or trying to, anyway!) to somber hospital visits with Ariana Grande following the devastating Manchester terror attack, Scooter keeps the pace. 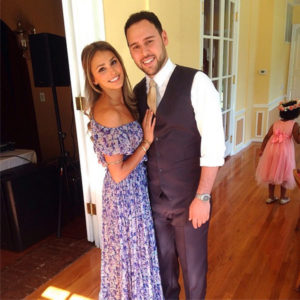 Sorry ladies (and aspiring gentlemen!) but Scooter Braun is no longer on the market. In 2013 he met and began dating Canadian Yael Cohen, founder and CEO Fuck Cancer, an organisation dedicated to cancer awareness, early detection, and prevention. They married in 2014 and this power couple didn’t take long getting to work on their first project together because in 2015, Yael gave birth to their first child, Jagger Joseph Braun. A second son, Levi Magnus, followed in late 2016. Yael has recently opened up about suffering a miscarriage before Jagger was born, sharing the story on her blog in the hopes that it can help overcome the stigma and trauma many women grapple with after losing a pregnancy. Perfectly matched, young and in love, Scooter and Yael seem perfect for each other and here’s hoping for decades of happiness for them.

Did Scooter go to college?

Scooter graduated from Greenwich High School in Connecticut to enrol at Emory University in Atlanta, Georgia. Established in 1836, Emory is the second-oldest place of higher education in the state of Georgia and among the fifty oldest institutions in the nation. A freshman in 1999, Scooter needed money for student living expenses but didn’t want to ask his parents and went from a brief dabble in providing fake ID’s to party promoting. Before long he was pulling in between $6,000 and $10,000 per party and was the social king of campus, and then came his job with So So Def Records. Jet-setting around the country doesn’t much jive with essays and exams and when his grades started to slip in junior year, Scooter dropped out to concentrate on his business endeavours.

What causes does Scooter feel passionate about? 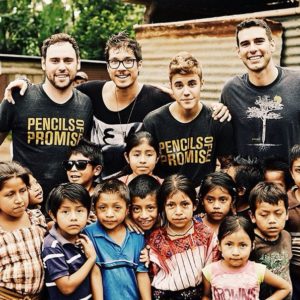 Like many people who find themselves in a life of fame and fortune, Scooter naturally wanted to give back to society. He’s an avid supporter of the Make-A-Wish Foundation but has a special relationship with Pencils of Promise, an organisation establishing by his brother Adam. While in India, Adam asked a young boy what he would wish for if he could have anything and the answer, “A pencil,” so touched him that founded the charity to build schools in developing countries. Both Scooter and his ward Justin Bieber have worked to raise money for the foundation which has built over 200 schools across 3 continents. He’s also been very active with Fuck Cancer, the awareness/prevention/early detection charity founded by his wife Yael and his efforts have been recognised, with Billboard awarding him an award for his humanitarian service.

Scooter Braun is a boy who knows what he’s about and understands that he’s living the dream. A savvy marketer who cut his teeth on flip-phones who now boasts 4.17 million Twitter followers and 2.8 million Instagram followers, he understands the value of interfacing not only with the movers and shakers of the industry, but also with the fans. Lauded as Colonel Parker to Justin Bieber’s Elvis, one wonders if Scooter has reached the heights of his fame. Will he float down slowly with a soft landing and settle into a quiet life with his family or reach for even further heights, taking his promotion companies to the next level? Whatever lies on the horizon for the boy from Greenwich, it’s going to be fantastic.