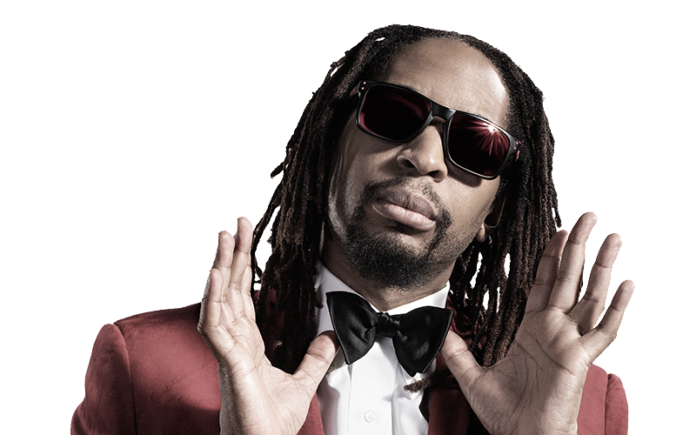 The genre of rap is extremely diverse, and revolutionary artists have been pioneering new subgenres of rap since its rise to mainstream prominence. Lil Jon is a rapper and producer who is most known for his work with rap collective Lil Jon and the East Side Boyz, and also for co-producing the one-hit wonder “Turn Down For What” alongside DJ Snake in 2014. The rapper has also appeared on numerous TV shows and collaborated with other successful producers, singers, and rappers. He remains one of the most influential musicians in the crunk and southern hip hop scenes today. Many of Lil Jon’s songs have become cultural icons due to their powerful beats and highly quotable lyrics.

Lil Jon has produced numerous rap hits under his name, but he is particularly well-known for his collaborations. Many of his songs have become nostalgic for today’s young adults due to their iconic status at the time of their release. Singles such as “Get Low” with The Yin Yang Twins, “Yeah” with Usher, and “What U Gon’ Do” with Usher became anthems of the early 2000’s rap scene By the mid 2000s, Lil Jon had a big bank account.

Many would argue that Lil Jon’s career peaked in the mid 2000’s after the rapper embarked on his solo career. While he still appeared on TV shows like The Celebrity apprentice, he gradually faded from the spotlight. That changed in 2014 after he co-produced “Turn Down For What” with French producer DJ Snake. The song peaked at #4 on the Billboard Hot 100 chart, and ultimately became 5x RIAA Platinum certified. Lil Jon made an estimated $6 million dollars the year of the song’s release from song sales and live performances.

How Did Lil Jon Earn His Money & Wealth?

Lil Jon was born Jonathan Smith on January 17th, 1971. He was born and raised in Atlanta, Georgia, which is one of the largest cultural hubs for African American music, art, and film. Jon’s father was a professor at a university, and his mother worked near a local recording studio.

While he was attending Frederick Douglas High School in Atlanta, Lil Jon spent most of his time skating and playing basketball with friends. He developed an interest in music later in high school, and taught himself how to DJ and produce music with software. After graduating high school, Lil Jon began to play sets at local clubs. The budding musician built a name for himself by creating club remixes. His skill helped him land a job with So Def Recordings in 1993, which he balanced with DJing until 2000.

When he wasn’t DJing, Lil Jon was honing his production skills in the studio. He began to produce his own music in the late 1990s. In 1997, he adopted his now widely recognized stage name and joined forces with rappers Big Sam (real name Sammie Denard Norris) and Lil’ Bo (real name Wendell Maurice Neal). The group adopted the name Lil Jon and the Eastside Boyz to pay homage to their Atlanta heritage.

After signing to Mirror Image Records, Lil Jon and the East Side Boyz released Get Crunk, Who U Wit: Da Album. The majority of the album was composed and produced by Lil Jon. It also featured several independent performers in the local Atlanta scene. Lil Jon’s talent for catchy hooks and club shaking beats distinguished him from other. The success of his first album made him talk of the town, securing him a small but dedicated following before becoming famous.

In 2000, Lil Jon created BME recordings. Later that year, he released We Still Crunk with Lil Jon and the East Side Boyz under the newly founded label. The single “I Like Those Girls” peaked at number 3 on the Billboard’s Hot Rap Tracks chart. The group’s independent success attracted the attention of TVT records, whom they released the album Put Yo Hood Up under in 2001. “Bia Bia”, the album’s third single, was partially responsible for launching the career of now legendary rapper Ludacris.

Lil Jon and the East Side Boyz worked at lighting fast pace. They released their 4th album, Kings of Crunk in 2002. “I Don’t Give a F***”, the album’s leading single peaked at number 50 in the charts. In early 2003, The East Side Boyz collaborated with the Yin Yang twins on “Get Low”. “Get Low” peaked in the top 10, but also became a staple of DJ sets in nightclubs across the nation. Other producers began incorporating Lil Jon’s influence in their music, and before long crunk was mainstream.

After the release of Kings of Crunk, Lil Jon shifted his focus to music production. He produced an expansive range of hit singles for other artists from 2002 to 2005. Rapper Petey Pablo commissioned Lil Jon to produce his 2003 single “Freek-a-Leek”. Lil Jon also partnered with the Yin Yang Twins a second time on the single “Salt Shaker”. In 2004, he also joined forces with Lil’ Scrappy in “What U Gonna Do”. Lil’ Scrappy was later signed to BME records.

In 2005, Lil Jon produced “Girlfight” for Brooke Valentine and “Presidential” for YoungBloodZ. In 2006, the producer also began to associate himself with San Francisco’s hyphy music scene after several collaborations YoungBloodz and rapper E-40. He later produced “Go to Church” for Ice Cube.

It seemed that the producer’s nonstop streak of hits had no end in sight. However, in 2006 Lil Jon abruptly cut ties with TVT records upon finding out the label had been secretly pocketing significant chunks of his paycheck. The label went bankrupt just 2 years after losing a 9 million dollar lawsuit with another label.

After kicking TVT to the curb, Lil Jon began to record his fifth album. After almost four years of delays due to drama with TVT, Crunk Rock was released in 2010. The album debuted at number 49 on the Billboard 200. Nearly every single on the album featured a high profile musician. Crunk Rock boasted an impressive lineup of collaborators, which included Pitbull, LMFAO, The Game, 3OH!3 and the Ying Yang Twins.

In 2014, Lil Jon collaborated with French producer DJ Snake on the song “Turn Down For What”. The song’s outlandish video and unique sound made it an overnight sensation. The song ultimately became 5x Platinum Certified, making it Lil Jon’s most successful single of all time.

In 2004, Lil Jon married his longtime girlfriend Nicole Smith. The pair have one son named Nathan, who was born in 1998. The couple lived in Hollywood in a 2.25 million dollar mansion up up until 2014 when they put it up for sale. The 7,000 square foot contained 6 bedrooms, 8 bathrooms, and a built in recording studio.

In 2017, Lil Jon appeared on the TV show Tiny House Nation. In contrast with his flashy style, the producer and his wife were seeking something more minimalistic. Although he has yet to buy a tiny house, he is still seeking a space-efficient home with room for a studio and some other luxuries. Hopefully his future tiny house will have enough garage space for his Lamborghini Murcielago!