Molly Brazy Net Worth 2018 – How Wealthy is the Rapper? 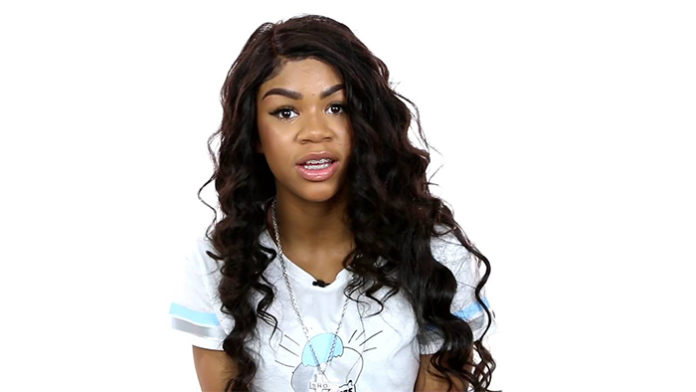 A young rapper from Western Detroit, Molly Brazy has  rapidly been gaining buzz in the music scene. Despite being just 18 years old, she has demonstrated a knack for rapping- one that has garnered her thousands of fans across the world. Don’t be fooled by her baby face- she packs quite a punch with her aggressive street rap style.

Prior to making her professional debut, she regularly uploaded short clips of her freestyle onto Youtube. It wasn’t until she was featured by 4Sho, an independent American Magazine, that she first started to rise in recognition. Since then, Molly has released a number of singles including More Facts, These Bitches, Check Up, and Gang. Most recently this January, she dropped her debut mixtape titled, Molly’s World.

Despite not having been in the rap game for long, the rapper has already managed to collaborate with many established artists including Cuban Da Savage, Cash Kidd, Rocaine, and GT. If anything, she’s simply continuing down the path towards stardom.

How successful is she, money-wise? How much has she managed to bank from her music endeavours so far? According to sources, Molly Brazy currently has an estimated net worth of $35,000. How has her career played out so far for her to have been able to earn such an amount? Let’s find out.

How did Molly Brazy Make Her Money & Wealth?

Born on February 22, 1999 in Detroit, Michigan, Molly Brazy’s upbringing was far was idyllic. The fifth out of four siblings- more specifically, the younger sister to four older brothers, many members of her family ended up incarcerated when she was young. Not just that, but her father had also passed away early on- all of this combined equated led to a difficult childhood. As it happened, she has managed to translate this pain into music over the past few years.

School was never her thing; in fact, she has stated many times that “she hated school”. In an interview with DJ Smallz Eyes, she explained in her own words that she isn’t able to “be around too many people for too long.” As it happened, Molly had been kicked out of school during her junior year for fighting. Though she hasn’t returned to school (probably for good reason) since, she has been continuing her education with online classes.

When asked whether or not she misses activities such as homecoming and prom, the teen shook her head. Though she initially cared about these events at the beginning of her high school career, things changed after one of her brothers was sent to jail while she was in ninth grade; as she had explained, “they [had] planned on going to prom together.”

Ultimately it was after she had left the public schooling system that she focused on music- something that she had always gravitated towards, more seriously. Free-styling in her spare time, Molly eventually began to upload her work onto Instagram in the form of short rap videos, where she gradually gained an audience. It wasn’t until later on that she introduced herself on Youtube via 4Sho’s official channel.

Kickstarting her career in 2016, she released a number of tracks online, one of which included the single, More Facts. Released through 4Sho Music One, it quickly received thousands of streams on Soundcloud, to which it was posted on August 20, 2016. A day prior, an accompanying music video starring Molly herself was also uploaded onto Youtube. As of 2017, it has been viewed over 3.2 million times, a testament to her popularity.

From there, she teamed up with Cash Kidd on the track, Check Up. One of her first collaborations, the song’s production was handled by RJ Lamond. Made available for streaming online, as was her earlier effort, it has since received over 900K plays on Soundcloud alone. Like before, it also came with an official music video (shot by 4Sho Magazine). Though not as popular as More Facts per se, it has managed to rack up close to 2 million views as of 2017.

Then, just a few days later, she released her next hit, On a Mission, a collaboration with Asian Doll, and BandGang Lonnie Bands. Hosted by DJ Shon and DJ Bandz, the project’s reception was generally positive online. Though it didn’t come with an MV, a copy of the official audio was uploaded onto Youtube, one that has since been played over 421K times. On Soundcloud, the joint venture has also racked up 76K hits.

Prior to the end of the year, Molly dropped another record titled, Molly Brazy 4Sho Ave. Freestyle. Uploaded onto 4Sho’s Soundcloud page, the track was generally praised by fans. Since it was posted 10 months ago, it has already been streamed over 208K times. Add to that the views that the official freestyle video received on Youtube and it has been played close to 300K times!

At the beginning of January, the rapper collaborated with Cuban Doll again on the single, Let it Blow. Released on January 6, 2017, its production was handled by two individuals- TyyBumpinBeats and DJ Swift. A solid addition to her growing catalogue, the track has already received over 14.8K likes on Soundcloud. As far as stream-count goes, it has been listened to over 864K times.

A month later on February 21, 2017, Molly came out with the single, Brazy Bout it Intro. Featuring fellow Detroit rapper Rocaine, the track quickly made waves online upon its release, garnering thousands of hits within a short period. As of October 2017, close to seven months after its release, it has been streamed over 264K times. On Youtube, the music video shot by A Zae Production, has also been viewed more than 282K times.

Her next hit, Lately was released as a digital download on March 7, 2017. Made available via iTunes, as well as on a few streaming sites, it once again received favourable reviews from fans, who praised the track for its lyrics. On Molly’s Soundcloud, the single has already been played over 867K times, making it one of her more popular tracks. On 4Sho’s Youtube channel, the official music video also proved to be a hit, having garnered over 780K views within just a few months time.

From then until now, the Detroit rapper has released a handful of additional singles including Rob the Robber, Big Brazy Freestyle, Yosmite Sam, Statement, and On a Mission, all of which have racked up hundreds of thousands of hits each.

As far as multi-track projects go, Molly delivered her debut mixtape titled, Molly World earlier this year on January 20, 2017. An 18-track record, it boasted a few guest appearances from artists such as Tammy Bands, Cash Kidd, 9000 Rondae, Say, Gt, and Band Gang Masoe. Among its playlist were the songs, Run up a Check, Don’t Fall Asleep, 2 Faced, Focused, Rambo, Goofy, and How You Wanna Play It.

Responsible for another boost of fame, Molly World has since been played well over a million times on Soundcloud alone. In particular, the outro has been streamed a whopping 1.73 million times!

In addition to all of the tracks that we’ve mentioned above, Molly has also made a few guest appearances in the works of others. For instance, she was featured in Joseph McFashion’s Talking S**t, Oh Boy, Allstar JR’s Kitchen Lights, J Prince’s All I Know, Big Quis’ My Side Bitch, Jeno Cassh’s Shooters 2, among many others.

Seeing as how she’s still relatively new to the rap scene, Molly hasn’t had the opportunity to embark on any concert tours yet- given that she continues to work on her music career however, we wouldn’t put that past her; it might just happen in the near future (it’ll also give her another stream of income). For now though, it seems that she earned most of her $35,000 fortune from the above music titles. With time, it’s highly likely that the artist’s net worth will continue to rise.

No, Molly Brazy is not married. From what we can tell however, she does have a boyfriend whom she lives with. In fact, he’s made a handful of appearances on her Instagram in the past. Having said that, his identity has never been formally revealed.

It’s unclear whether or not the rapper has dated anyone previously.

Does Molly Brazy Have Any Children?

No, the 18-year-old does not have any children that we know of.

Did Molly Brazy Gone to College?

No, she did not. As mentioned earlier, she was expelled from her high school during her junior year for fighting. Since then, she has been completing her secondary education via online classes (which provides to be way more flexible for her schedule). As of December 2016, Molly was finishing up the curriculum for her senior year.

As far as continuing her education goes, the rapper has stated in a recent interview that she does not have any intention of going to college- that she will instead be focusing solely on her rap career.

From what we can tell, yes- it is her real name.

The last that we’ve heard, Molly Brazy was residing with her boyfriend in her hometown of Detroit. Unfortunately, she has never revealed any details on her location to the public.

We do not have any pictures of her house to share with readers at this time.

What Kind of Car Does Molly Brazy Drive?

Unfortunately, information on her vehicle is currently unavailable.

This past spring, the rapper found herself in hot water after posting a video, in which she points a gun at a toddler’s head, onto Facebook.

Though the gun has since been confirmed to be a plastic toy, the case ultimately involved the Detroit Police Department, who sent it to cyber experts for investigation.

How Much Did Molly Brazy Make Last Year?

We do not have any information regarding Molly Brazy’s 2016 earnings at this time.

The rapper recently released her debut mixtape, Molly World this past January, as mentioned earlier.