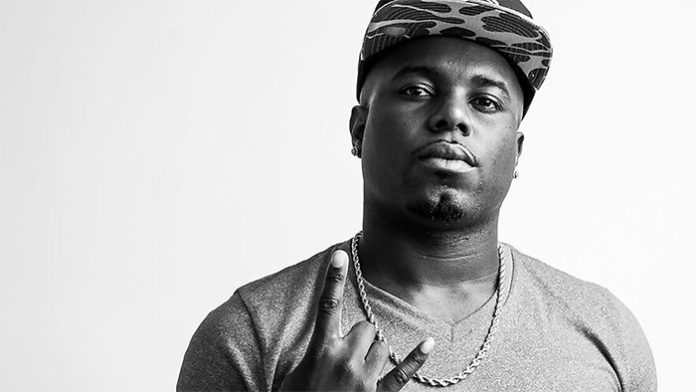 From Houston, Texas, T-Wayne originally rose to fame for his single, Nasty Freestyle. A rapper since his early teens, he first gained a following for his 2011 mixtape, Trending Topic, which he’d uploaded to the Internet. Continuing to hone his skills, he eventually became affiliated with Wacka Flocka Flame’s imprint, Black Squad.

Thanks to the popularity of Nasty Freestyle, which went on to chart in multiple countries, his fanbase quickly grew. With that, the rapper soon reached another milestone- a record deal with 300 Entertainment. Since then, the twenty something has continued to release several additional hits including I Be Killin It, Swing My Arms, Be Ok, and Fell in Love.

On Social Media, T-Wayne currently has over 190K fans on Instagram, 131K followers on Twitter, and 770K subscribers on Youtube. With what he’s capable of producing behind the microphone, there’s no doubt that his fanbase will continue to grow over time.

How well is the 26 year old rapper doing for himself now? How much has he banked from his records so far? According to sources, T-Wayne currently has an estimated net worth of $6 million. From what did he earn such a fortune from? What are his different sources of income? Let’s take a look below.

How did T-Wayne Make His Money & Wealth? 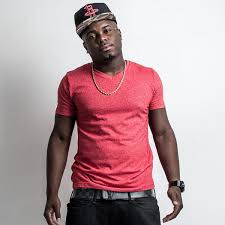 Born on October 27, 1990 in Abilene, Texas, T-Wayne (Real Name: Tyshon Dwayne Nobles) first developed an interest in hip hop in his early teens. Inspired by the film, 8 Mile (2002) starring Eminem, he eventually decided to launch a rap career of his own in the early 2010’s. Getting involved with the local music scene, he participated in a number of rap battles, accumulating experience on the way.

Before long, he was handing out demos tapes, and CDs. In 2011, T-Wayne released his debut mixtape titled, Trending Topic. Hosted by DJ Statik, it included several guest appearances from Big Ashley, Prince Philly, Lil Ronny, Rip JT, among a few others. Favourably received, the project gave rise to 28 tracks including Dance Like a Stripper, Girl You Da Dopest, We in Dis Bitch, Make You Scream, Early in the Morning, and Drop it to the Ground.

A few years later, he hit it big with the release of the single, Nasty Freestyle. Dropped in February 2015, the song quickly went viral online, after gaining traction on Vine. A commercial success, it peaked at number 9 on the Billboard Hot 100, selling over 786,000 copies in just a few months. By the end of April, the track had ben streamed over 6.4 million times in the United States alone.

Not only was it a mainstream success in the US, but the single also charted in Germany, Sweden, New Zealand, Denmark, Canada, Australia, and the UK, among a few other countries. Ultimately responsible for his rise to fame, Nasty Freestyle has since been viewed over 181 million times on Youtube. To this day, it remains to be T-Wayne’s most popular hit.

Following the release of the breakout record, T-Wayne came out with the mixtape, Who is Rickey Wayne in May 2015. Featuring Chedda Da Connect, Young Pooh, LilJP, Bo Deal, and Wacka Flocka Flame, the playlist boasted 18 cuts including Be OK, No Hoe in My Blood (Remix), Aye Yay Yay Yea, Interested, Look at Me, Never Let Em Play Me, and All About Rickey (Freestyle).

The subsequent tape, Who is Rickey Wayne 2 was released prior to the end of the year, in December 2015. Produced by Metro Boomin and Fredonem, it came with a few collaborations with Krishna Frazier, Key!, Drizzy Adams, Chedda Da Connect, and Ty Dolls $ign. A 17-track project, the playlist included Don’t Play With Me, Who Is Rickey Wayne, Thank You, I Be Killin It, Preach (Freestyle), Broke Wrist by Rich the Kid, and Too Much.

His latest project, Forever Rickey was released on April 21, 2017. Distributed by 300 Entertainment, the mixtape comprised of twelve cuts including Fell in Love (Feat. XO), Runnin Lights, Own Thing, Same One, Why You Mad, You Gotta Pay, Double Standards, and Earn Sum. Available for streaming via Soundcloud, the tracks have been played over 70,000 times combined.

Aside from what he’s made from the above titles, a portion of T-Wayne’s earnings also come from his concerts. Just last year, he performed over 20 dates across the United States from New Orleans, Louisiana to Mcallen, Texas. For now, it doesn’t look like he has any upcoming tour dates.

On top of that, his Youtube channel also provides some extra cash on the side. Since he first launched his channel in 2006, T-Wayne has amassed over 773,000 subscribers with more than 209 million views. As of 2017, his most popular upload, the music video for Nasty Freestyle has been viewed over 181 million times.

How much ad revenue does that translate to? Assuming that he receives a few dollars for every thousand views, T-Wayne would have made anywhere from $160,000 to $419,000 from his Youtube channel so far (prior to Google’s cut).

At this time, it’s unknown whether or not the rapper is currently in a relationship. As far as we can tell however, T-Wayne is not married.

Does T-Wayne Have Any Children?

No, T-Wayne does not appear to have any children.

Did T-Wayne Go to College?

Though his education history is unclear, it’s assumed that the rapper has not gone to college.

As far as we know, T-Wayne currently resides in Houston, Texas. Unfortunately, we do not have any further information on his location at this time.

What Kind of Car Does T-Wayne Drive?

At this time, we do not have any information on T-Wayne’s vehicle.

The greatest highlight of his career so far, is that of his breakout single, Nasty Freestyle. Not only did it chart in the United States, but it also enjoyed success in several other countries oversea.

How Much Did T-Wayne Make Last Year?

We do not have any information on T-Wayne’s 2016 earnings at this time.

To stay on top of his latest announcements, be sure to follow T-Wayne on social media- you can find him on Twitter at @Twaynebsm.