Tessa Brooks Net Worth 2018 – How Much She Actually Makes 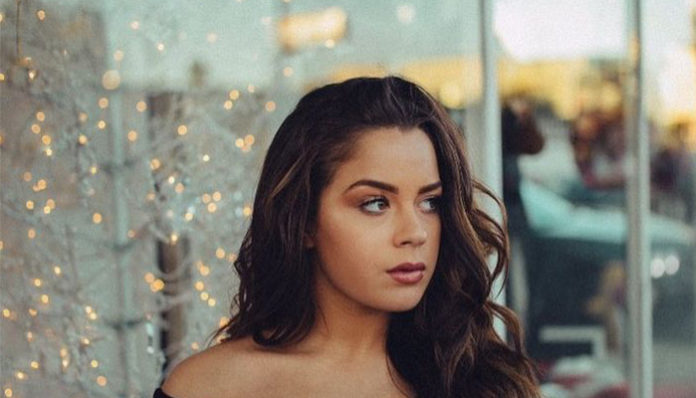 Even prior to joining Team 10, Tessa Brooks had made herself known as popular Youtube personality. A talented dancer, she has been featured in a number of shows including Disney’s Next Big Thing– not only that, but she’s also appeared in a handful of national commercials. Since then, she has also performed at a number of big events such as at the Miss California Pageant and at a benefit concert for Haiti.

Since she joined Jake Paul’s super group, her presence has only gone up. As of 2017, the brunette has over 4.2 million followers on Instagram, 2.8 million followers on Youtube, and over 592K fans on Twitter- to say that she’s popular would probably be an understatement. A regular contributor to Team 10’s Youtube channel, she has become one of the most recent stars on social media.

One has to wonder- how lucrative has her online career been? Is she making as much as some of the other Team 10 members? According to sources, the teen currently has an net worth of around $350,000 as of 2017. From what did she earn this figure from? What are her different sources of income? Let’s take a closer look at her career below.

How did Tessa Brooks Make Her Money & Wealth? 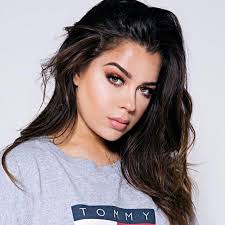 Hailing from the California city of Fresno, Tessa Brooks first started to learn how to dance when she was just two years old. The daughter of two performers, she also has two sisters who are also dancers. A natural on stage, her talent was spotted by a TV producer who signed her onto the show, Disney’s Next Big Thing. Aside from dance, the teen also enjoys swimming, gymnastics, and cheerleading.

Since her first dancing gig, the teen has also been featured in Miss Coco Jones, and Diamond White. As far as public events go, Tessa has also showed off her dance moves at the Haiti Benefit Concert, Miss California Pageant. Gradually rising in prominence, she eventually landed a chance to perform at Michael Jackson’s Tribute Show in Carnation Theatre.

Like most of her peers, Tessa got into social media in her early teens. In the fall of 2011, she launched her Youtube channel under the username, TessaBrooks1. Prior to getting into vlogging, she posted a number of dance-related videos- for instance, Dancing to “Whip It” by Nicki, Tessa Brooks Dancing in Cj Salvador’s Class, and Tessa Brooks Choreography.

Ultimately, it wasn’t until earlier this year that the teen decided to vlog for the first time. Her first vlog titled, My First Vlog Ever! was uploaded on January 19, 2017. Since then, Tessa has also started to post a variety of videos such as pranks and challenges. For instance, her second most popular upload to date involves her playing a hickey prank on Chance Sutton.

As of October 2017, Tessa has gained over 2.8 million subscribers on the site, with more than 222 million views across her channel. So far, her most popular video, Powerful Emotions (Song) Feat. Erika Costell has received over 17.9 million views. Some of her other top uploads include Performing Our Song for the First Time, Chessa is Over…(Not Kidding), Coachella Got Crazy, We Had a Dance Battle and We Are Dating!!.

With the views that she gets, surely she takes home a decent amount of earnings from Youtube? Given that she’s a Google partner, approximately 40% of her total view count would be monetized- this works out to be 88.8 million views. Assuming that the site pays her at least $2 per 1,000 ad views, she would have already made over $177,000 in ad revenue. No wonder she spends so much time on the site!

As you probably already know, Tessa is also involved with Team 10’s Youtube channel. A member of the super group, she regularly posts to their page alongside Jake Paul, Alex Lange, AJ Mitchell, Tristan Tales, Chance Sutton, Erika Costell, Anthony Trujillo, and a few others. In fact, one of their most popular videos (e.g. 5.9 million views) features her doing the chapstick challenge with Chance Sutton.

On top of Youtube, which is obviously a main source of income for the teen, Tessa is also well known on Instagram. A social media influencer with over 4 million followers, it’s likely that she often lands endorsement gigs which can easily rake in a few grand per campaign. At one point, she even modelled for Coca Cola.

While she isn’t married yet, she is in a relationship with fellow Team 10 member, Chance Sutton. A popular couple, the two have appeared together in numerous videos on Youtube. According to a video posted onto her channel, Channel moved in with her this past June.

Does Tessa Brooks Have Any Children?

No, the social media star is not a mother.

Did Tessa Brooks End up Going to College?

From he looks of things, the 18 year old has not (yet) gone to college. With her busy career on social media however, who can blame her?

Where Does Tessa Brooks Live?

Tessa Brooks currently resides in Los Angeles, California. As mentioned above, she lives with her boyfriend, Sutton. At this time, photos of their home are currently unavailable.

What Kind of Vehicle Does Tessa Brooks Own?

We do not have any details on Tessa Brooks’ car at this time.

Not only is she a talented dancer, but Tessa Brooks is also a popular social media star with millions of fans across the globe. This past August, the teen was nominated for a dance title at the 7th annual Streamy Awards.

At this time, it’s unknown as to how much Tessa Brooks made in 2016. Seeing as how her career was already well underway, it most likely would have been a considerable amount.

To stay on top of her latest news and announcements, be sure to follow Tessa Brooks on social media- if you haven’t already done so, why not subscribe to her Youtube channel? Of course, you can also catch her on the Team 10 account.