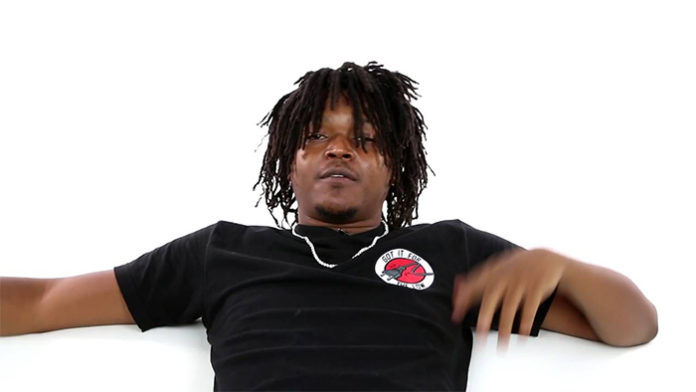 A new rapper out of Atlanta, Young Nudy first gained attention after being featured in 21 Savage’s, Air it Out. Since then, he has successfully managed to embark on a solo career. Despite being a newcomer, he has demonstrated his potential over and over again with the release of singles, Yeah Yeah, No Clue, EA, Cancer Stick No Pressure, and Trapaholic.

Focused on getting his name bigger in the rap scene, Young Nudy has been putting out a number of releases. For instance, he has released three mixtapes, two of which include his popular Slime Ball series (which ultimately helped to build up his following). His most recent project, Nudy Land was dropped in 2017. Nothing short of a big hit, it has already received tens of thousands of views online.

On Soundcloud alone, his musical creations have gained him over 21,000 followers. Aside from the audio streaming platform, Young Nudy’s also got himself an audience on Youtube, Instagram, and Twitter. With the momentum that he has, his popularity is likely to be on the rise over the next little while.

So, how lucrative has his career been? How wealthy is the young rap star? Unfortunately, information on his net worth is not yet available- which isn’t too surprising considering his recent debut. Having said that, let’s go ahead and take a look at his career so far.

How did Young Nudy Make His Money & Wealth?

Born on December 17, 1992 in Atlanta, Georgia, Young Nudy is the cousin of American rapper, 21 Savage. Interested in hip hop at a young age, he listened to a variety of artists growing up. Though he doesn’t remember when he first started to make music, he took his first stab at rap in his early teens. Rapping over other people’s beats in bed, it quickly became a hobby- which he has continued to this day.

Though he had a flair for rap, school was never his thing. Prior to completing high school, Young Nudy ultimately dropped out. For reasons that are still unclear, he subsequently went to prison. Eventually regaining his freedom, he supported himself by working at a local Target- but that did not last long. A month after landing the job, he was fired for refusing to clean up a mess in the bathroom. Thus, he switched his focus to music.

Ultimately, it wasn’t until he was in his early twenties, with encouragement from 21 Savage, that he began to “take rap seriously”. For many years, he simply “didn’t see [himself] as a rapper.” Eventually deciding to go for it, he put together a track titled, First Day Out which ended up receiving over 80,000 views online- that was motivation enough for Young Nudy to continue what he was doing.

In the fall of 2015, the Atlanta rapper caught the attention of the hip hop community after being featured in 21 Savage’s hit single, Air it Out. Responsible for his initial popularity, the track became an instant hit, garnering millions of streams online. As of 2017, it has been played more than 11.3 million times on Soundcloud. Adding onto that, its official music video has also received over 698,000 views on Youtube.

Later that year, the two teamed up again for the song, Slime. From 21 Savage’s album, Slaughter King, the track was made available for streaming on a handful of sites including Datpiff, and Soundcloud; on the former, it has been listened to over 1.1 million times as of 2017. A buildup to his solo debut, the single served as another showcase of Nudy’s potential.

Starting off the new year with a bang, the Atlanta rapper released a single titled, Too Real on January 1, 2016. Soon afterwards, he followed up with Crack, which he dropped on February 15, 2016. Produced by Pierre Bourne, the track went on to garner thousands of hits on Soundcloud.

Still, it wasn’t until the release of his first tape, Slime Ball on October 2, 2016, that he started to rise in prominence. Hosted by HoodrichKeem, the mixtape’s production was handled by Pierre Bourne, Metro Boomin, and more. A solid debut, it gave rise to fourteen tracks including Ice Chain Bonus, Bad News (Feat. Tip), Yeah Yeah, Butt Naked Bitches, Real Right, Nun Like This, and Don’t Trust ‘Yall.

Uploaded to Soundcloud, the playlist has since racked up over a million hits. Going by stream count, the most popular track is Yeah Yeah with over 818,000 plays. One of Young Nudy’s most popular songs to date, its official music video has since been viewed more than 813,000 times on Youtube.

The second instalment of the series, Slime Ball 2 was released on February 21, 2017. A follow up to his 2016 tape, it featured a couple of guest appearances from Juicy J and his blood cousin, 21 Savage. Produced by Pierre Bourne, Richie Souf, and Metro Boomin, most of whom he’s worked with before, the project contained thirteen titles including I Got, Burn Ya, Shots Fired, Yep Yep, My Year, Nonchalant, Smoke, and Gnarly.

Well received, the mixtape went on to receive thousands of streams within just a few day’s time. From then until now, the playlist has racked up over a million plays on Soundcloud; the most popular title, EA has since been played over 671,000 times. On Youtube, the official audio for the same song has also been viewed over 1.2 million times.

After weeks of promotion, his third mixtape, Nudy Land was released on September 13, 2017. A follow up to last year’s Slime Ball 2, it came with a couple of guest appearances from Lil Yachty and Offset, the former of whom appears in No Clue. Produced by Richie Souf, Pierre Bourne, and more, the project boasted thirteen tracks including No Clue (Remix), Money Makin Mitch, Loaded Baked Potato, Barbecue, Ferris Wheel, Hell Shell, and 4L Gang Shit.

His latest release to date, it earned a decent amount of views upon being uploaded to Soundcloud. If anything, the mixtape has only propelled him farther into stardom.

In addition to what’s been mentioned above, the rapper has also collaborated with many artists on several occasions. For instance, he made guest appearances in Steve Stylez’s Playboy, Skrap Hussain’s Zone 6, C-Hen’s Other Side, Brodinski’s Gas and Young Leek Fresh’s Ruthless to name a few.

While it’s unclear how much exactly Young Nudy has banked from said releases, it’s only natural that he would have yielded some earnings from his efforts. With that said, he does have other things going for him- for instance, he recently embarked on a concert tour this year. In support of Nudy Land, the rapper performed over 40 shows across the United States. More specifically, the tour kicked off on March 31, 2017 in Houston, Texas and ended in Denver, Colorado on August 29, 2017. Unfortunately, it doesn’t seem like he has any shows planned for the upcoming months.

Though not a significant source of income, his Youtube channel is also capable of generating revenue. Since the launch of his account in November 2014, Young Nudy has amassed over 6,000 subscribers with more than 866,000 views. His most popular video to date, 30 Hang Out has been viewed more than 234,000 times as of October 2017. Some of his other top hits include My Year, Judge Scott Convicted, Rough Life, and Nudy Land OTW; combined, they have been viewed over 448,000 times.

Assuming that he makes a couple of dollars for every 1,000 views that he receives as part of Google’s partnership program, the rapper would have made around ~$1,000 give or take some from his channel so far (before Youtube’s cut). As he gains more subscribers, his ad revenue will most likely also go up.

What can we expect to see from the Atlanta rapper in the next few years? What does he have in store for fans? For now, we’ll just have to wait and see.

At this point in time, nothing has been revealed about Young Nudy’s relationship status- for all we know, he might just be dating someone off the radar. Until it’s confirmed though it’s assumed that the rapper is single.

Does Young Nudy Have Any Children?

Yes, the rapper has a daughter whom he regularly features on his Instagram account. Having said that, the identity of the mother has not been revealed.

Did Young Nudy Go to College?

No, Young Nudy has not gone to college. For reasons that are still unclear, the rapper dropped out of high school in his mid teens; as far as we can tell, he hasn’t gone back since.

Where did Young Nudy Get His Stage Name From?

His stage name is derived from his childhood name “Nudy”, which was given to him by his grandmother. Up until now, he has not revealed his birth name to the public.

Where Does Young Nudy Live? Pictures of Young Nudy’s House

As far as we can tell, the rapper still lives in his hometown in Atlanta, Georgia. Unfortunately, that’s about all we know right now as he’s never disclosed his location to the public.

We do not have any pictures of Young Nudy’s house to share with readers at this time.

What Kind of Car Does Young Nudy Drive?

Within just two years, the rapper has managed to come out with three mixtapes, Slime Ball, Slime Ball 2, and Nudy Land. Determined to make it big, he has dropped a number of hits including Yeah Yeah, No Clue, Cancer Stick No Pressure, and First Day Out.

How Much Did Young Nudy Make Last Year?

Sadly, we do not have any available information on Young Nudy’s 2016 earnings.

As mentioned earlier, the Atlanta rapper spent the better half of this year on tour in support of his 2017 mixtape, Nudy Land. In total, he performed 40 shows across the country from Texas to Colorado.

Considering how busy the tour has kept him, it’s impressive that he was able to pump out as many releases as he did this year- not only did he come out with Slime Ball 2, but he also released his third mixtape, Nudy Land this September.

To stay on top of his news and announcements, be sure to follow Young Nudy on social media- you can find him on Twitter at @pde_youngnudy and on Instagram at @youngnudy.