Randy Travis Net Worth 2018 – How Rich Is The Country Singer? 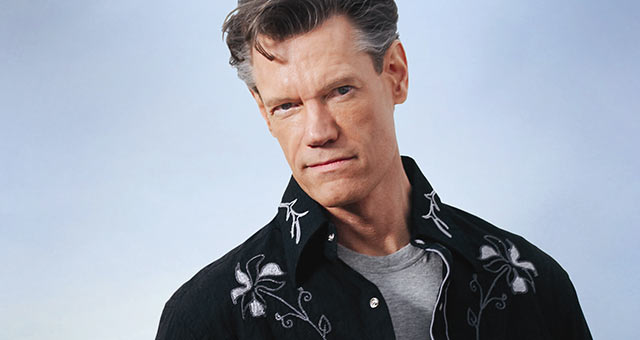 Randy Travis is a true musical pioneer. He defined the sound of true country music long before the days of manufactured country created to sell out entire stadiums. After breaking into the country scene with the Storms of Life album in 1986, Travis continued to release a chain of successful and critically acclaimed records. He has also acted in several successful films and television series. Despite the many trials in his life – a troubled upbringing, a nasty divorce, and a debilitating stroke late in his career – Randy Travis is still going strong.

Randy Travis is considered one of the most influential figures in the Neotraditional country movement. Long after the peak of his career, his influence can be still heard in contemporary country music. He has sold over 25 million records over the course of his career, and has released 22 number one singles. It goes without saying that Travis is still very much in demand by country fans all over the world.

Even after a highly publicized divorce and a near-fatal stroke, Randy Travis has still managed to keep his career, finances, and most important of all – himself still going. He has received tremendous support from his community and fans during his hardships. In 2016, it was announced that Travis was miraculously able to perform again after nearly 3 years of recovery from his stroke.

How Did Randy Travis Earn His Money & Wealth?

Randy Travis (full name Randy Bruce Traywick) was born on May 4th, 1958 to parents Bobbie Tucker and Harold Traywick. He was born in Marshville, North Carolina. Travis’s mother worked in a textile factory, while his father worked in farms and later owned a construction business.

In his early youth, Randy Travis helped out on his family’s farm. His father was a big fan of famous country musicians of his time. He encouraged his children to pursue music from an early age. Travis became particularly interested in the blues and country music, and started learning guitar at age 10. He also formed a duo with his older brother in his early teens.

Unfortunately, Randy Travis often got into disagreements with father. After dropping out of school, he also began to get into trouble with the law. Things came to a head after Travis was warned by a judge that he would spend a long time in jail if he ever saw the juvenile delinquent again. At that point in time, Travis had been charged with theft, assault, breaking and entering.

Not long before his final court hearing, Randy Travis had won a talent show at a local bar. The bar’s owner Elizabeth Hatcher hired him as a cook at the bar. She was granted guardianship of Travis and later became his manager. The young singer decided from then on to stay out of trouble and focus on music.

In 1978, Randy Travis released the demo album for Paula Records. He would later send that album and other demo material to major record labels. However, he was promptly rejected by almost every label because his music was “too country”. Travis then became a regular performer at a local bar. After independently releasing the album Live at Nashville Palace, Randy Travis was signed to Warner Bros. Records in 1985.

Shortly after getting signed, Randy Travis released the single “On the Other Hand”. It peaked at number 67 on country charts, and later became his first number one hit after it was released again the next year. His other single, “1982” peaked in the top 10.

Randy Travis made his national country debut with the album Storms of Life in 1986. The album was the top country album for two months after its debut. It featured his earlier singles as well as the songs “Diggin’ Up Bones” and “No Place Like Home.” Storms of Life ultimately sold over four million copies and received three RIAA Platinum certifications.

Randy Travis followed up with another album. The album was his first album to be awarded a Grammy. Always and Forever and his subsequent releases Old 8×10 (1988), No Holdin’ Back (1989), and Heroes and Friends (1990) did not receive quite as much acclaim as previous releases. The albums sold millions of copies nonetheless, with the former two going platinum.

In the early 90’s, Randy Travis released more successful material. However, he began to see less success than previous years towards the end of the decade. After the release of the single “Hard Rock at the Bottom of Your Heart”, he began to fade from the charts. His 1992 album Wind in the Wire was his only album where none of his singles broke top 40. He was able to make a comeback in 1994 with the album “This is Me”. The single “Whisper My Name” was his first number one hit after over two years – a long time to go for such a big star.

During the 1990s, The country star briefly put his career on the backburner to pursue acting. Randy Travis scored roles in several TV movies as well as some of the decade’s most popular TV series. He appeared in two episodes of Matlock as Billy Wheeler in 1992 and 1993. He also appeared in 5 episodes of Touched By an Angel. Travis was also cast as a voice actor for several TV shows and cartoons.

Randy Travis left Warner Bros for DreamWorks following the release of Full Circle in 1996. After releasing A Man Ain’t Made of Stone in 1999, Travis began to focus more on gospel. His following three albums were more religious than his previous releases. Several songs became number one hits.

In the late 2000’s, Randy Travis was still greatly respected despite his material experiencing less success than before. In the mid to late 2000’s, he released three more albums. Travis took a break from recording following the release of Around The Bend in 2008. He released a greatest hits album in 2011. Travis also released two tribute albums in 2013 and 2014.

Randy Travis married Elizabeth “Lib” Hatcher in a private ceremony in 1991. Travis met Hatcher after he won a talent contest at the bar owned by Hatcher, who was 16 years older than him. The couple kept their relationship a secret for nearly a decade as many would find the unlikely situation questionable. Hatcher was also Travis’ manager while the pair were still together. Travis and Hatcher divorced in 2010 after 19 years of marriage citing irreconcilable differences. Randy Travis remarried Mary Davis in 2015.

In July 2013, Randy Travis suffered a near fatal stroke partially induced by an upper respiratory infection. The hospital that treated him took quick action and ultimately saved his life. However, Travis had a long road to recovery ahead of him. He was unable to speak, sing, or walk for a year after the stroke. He miraculously regained the ability to perform again in 2016.

In 2002, Randy Travis purchased a nearly 20,000 square foot mansion in Santa Fe, New Mexico. The western styled home is situated on a massive property with several separate complexes such as a chapel, gym, bowling alley, pool, and a ranch with buffalo. His favorite cars to drive are Corvettes.