MoneyBagg Yo Net Worth in 2018 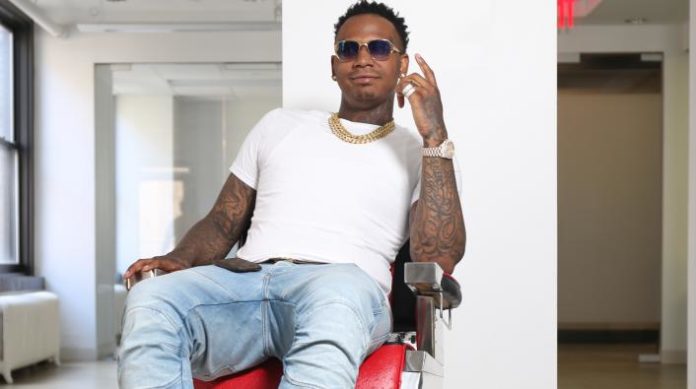 A rapper out of Memphis, Tennessee, Moneybagg Yo has quickly been making a name for himself in hip hop. Known for his hits, Birthday and Hip Hopper, his fan base has been growing at an alarming rate over the past couple of year. On Soundcloud, the twenty something has already garnered over 44K following tuning into his releases.

Since his debut, the artist has come out with a number of mixtapes including, Relentless, Federal Reloaded, All Gas No Brakes, 4 The Hard Way, and ELO (Everybody Lives On). His most recent drop, Federal 3x was released just a few months ago, this past summer. A smash hit, it gave rise to several tracks including, Important, Mind Frame, On Me, and Trending.

Like most rappers, Moneybagg Yo has also collaborated with other artists on several occasions. For instance, he has teamed up with Yo Gotti, Marv Allen, YoungBoy Never Broke Again, and Lil Baby in the past. In fact, Uzi, one of his most popular songs to date, is a joint venture with Lil Durk.

With all that said, how successful is the 26 year old doing for himself? How rewarding has his rap career been? According to sources, Moneybagg Yo currently has an estimated net worth of $250,000. What are his biggest money-makers? Greatest projects? Let’s take a look.

How did Moneybagg Yo Make His Money & Wealth? 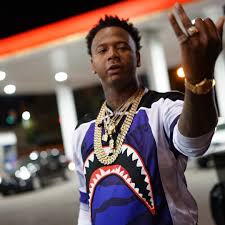 Born on September 22, 1991 in Memphis, Tennessee, Moneybagg Yo (Real Name: Demario White) first got involved with rap during his early years of high school. As a teen, he listened to many artists including Drake, Yo Gotti and Future– little did he know at the time that one day he would join them in the same ranks as a rapper. Eventually getting involved with free styling himself, he spent most of his lunch hours performing at the round table.

From there, Moneybagg Yo penned his first song titled, Bond Money. Though he continued to rap over the next years, it wasn’t until recently that he started to take it more seriously.

In September 2015, the rapper came out with Federal, one of his first mixtapes. Hosted by DJ Larry Live, it came laced with seven tracks, one of which featured a guest appearance from Y. Gizzle. Some highlights from the playlist include, Damn Well Ain’t, How It Go, Truth, Lil Baby, 28 Bars, and No Dealings.

The next instalment, Federal Reloaded was released in January 2016. Featuring guest appearances from Y. Gizzle, Young Dolphin, and Feng Shui, the mixtape included the songs, I Need a Plug, Back From Cali, Freak, Animals, and Reloaded. Made available for streaming online, the tape has since been played over 15,000 times on Datpiff alone.

By the end of 2016, the emcee had released two additional mixtapes, All Gas No Brakes, and 4 The Hard Way. Released online as with his earlier titles, they gave rise to several hits including No Flocking (Remix), and Prayers, the latter of which featured Yo Gotti.

Starting the new year on a good note, the Tennessee native delivered a mixtape titled, Heartless on February 14, 2017. A solid release with production from Zaytoven, TM 88, and Track Gordy, it boasted twelve tracks including Wit This Money, More, Don’t Know, Hurting, Real Me, Have You Eva, In Da Air, and No Love. Well received, it ultimately brought  him to the forefront of the rap scene. As of October 2017, the playlist has already been streamed well over a million times.

Since then, he has come out with another new mixtape- Federal 3X. The third instalment of his Federal series, it was made available on August 11, 2017. A highly anticipated project, it gave rise to fifteen tracks- one of which featured NBA YoungBoy (e.g. Reckless). Some of the other cuts include, On Me, Insecure, Right Now, Mad Face Sad Face, and Mind Frame. Within just a few month’s time, the tape has already been played over 4 million times on Soundcloud.

As expected from a popular artist such as himself, he has put on several performances this year across the United States- in fact, he is still hitting up cities as we speak! Some of the places that he travelled to and performed at include Nashville, Seattle, New Orleans, Miami, Atlanta, Rochester, among many others.

Looking at his schedule, MoneyBagg Yo has a few more shows coming up- up until November 16, 2017. Be sure to grab your tickets while they’re still available if that’s something you’re interested in!

Is MoneyBagg Yo Married?

No, as far as we can tell, the Memphis rapper is not married.

Does MoneyBagg Yo Have Any Children?

No, MoneyBagg Yo does not have any children that we know of.

Did MoneyBagg Yo Go to College?

At this time, we do not have enough information to answer this question. Having said that, it’s assumed that he has not gone to college.

What is MoneyBagg Yo’s Real Name?

Though he often goes by Moneybagg Yo, his real name is Demario White.

As far as we know, the rapper currently resides in Memphis, Tennessee. We do not have any photos of his house to share at this time.

What Kind of Car Does MoneyBagg Yo Drive?

How Much Did MoneyBagg Yo Make Last Year?

Unfortunately, details on his 2016 earnings are unavailable at this time.

If you’d like to stay on top of his latest announcements, be sure to follow him on social media- you can find MoneyBagg Yo on Twitter at @MoneyBaggYo.