FaZe Rug Net Worth 2018 – How Rich is the Gamer Actually? 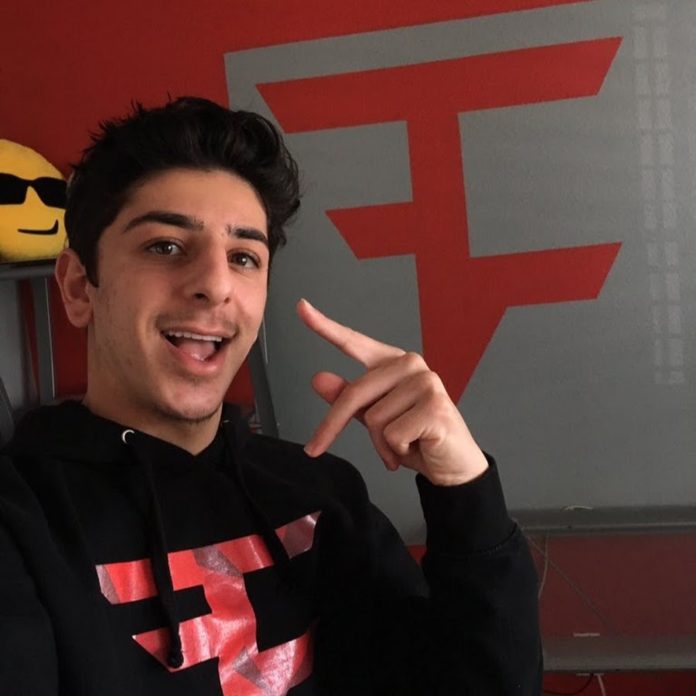 Many people join gaming clans to improve their skills and for fun, but for Faze Rug and many other members, joining Call of Duty clan FaZe Clan made him a millionaire. His gameplay, vlog, and prank videos have made him especially popular. He is the most popular member of FaZe Clan. In fact, he has more subscribers than FaZe Clan’s official YouTube channel! FaZe Rug’s family are also popular for their involvement in his videos, and his brother Brandon Awadis is also a highly successful YouTuber.

Like most of his fellow clan members, FaZe Rug’s videos and branding have made him rich. He is one of the most successful members of FaZe clan other than its owners and managers. FaZe Rug currently has 6.4 million followers, and his videos have over 1 billion all time views. He has 2.3 million followers on Instagram and 1.71 million followers on Twitter. FaZe Rug’s massive following combined with his sponsorships and merchandise sales make his net worth amount to six figure.

FaZe Clan’s genius marketing across multiple platforms has enabled the clan’s members to make incomes most people could only dream of. FaZe Rug is estimated to make as much as $400,000 per year. Even such an impressive figure is still on the low end of FaZe Clan member salaries. He currently averages 60 million views per month, which means he’s pocketing six figures from ad revenue alone.

How Did FaZe Rug Earn His Money & Wealth?

FaZe Rug was born on November 19th, 1996 in San Diego, California. He has Iraqi heritage. FaZe Rug’s real name is Brian Awadis. He and his older brother Brandon grew up in a happy, stable home supported by their hard working immigrant parents.

Growing up, FaZe Rug enjoyed playing baseball, but later began to dedicate more time to video games. Just before entering college, FaZe Rug began to invest more and more time into Call of Duty. He briefly attended college, but dropped out to pursue YouTube full time when his career began to take off. His parents and brother were very supportive of his passion for video games and videos, and even helped him in his journey.

FaZe Rug’s YouTube career began with Call of Duty videos. He created his YouTube channel in July 2012 when he was just 15 years old. Like other members of FaZe Clan, he later shifted his focus to vlogging. His prank videos are his most popular videos by far. FaZe Rug’s most popular video is “Cocaine Prank”, which currently has amassed 9 million views. In the video, he fills a plastic bag with salt and leaves it where his mom can find it. After she confronts him on camera, he reveals that the bag’s contents are actually salt.

Other popular FaZe Rug videos include his “Gatorade in Windex Bottle Prank”, “I MAILED MYSELF IN A BOX AND IT ACTUALLY WORKED!!”, and “BUILDING MY HAMSTER HIS DREAM CAGE” videos. Although his “mailing myself” video was clearly fake, many fans still took it seriously. While some of his prank videos have caused controversy, FaZe Rain has always been a good sport about his pranks.

FaZe Rug’s family has always been supportive of his creative endeavors. In fact, his older brother Brandon is also a successful YouTuber. Brandon was born on June 25th, 1995. Like his brother, he is an avid vlogger and a dedicated prankster. He is also an aspiring NBA analyst and a diehard fan of the Phoenix Suns. He currently writes for the sports media company Vavel. Brandon currently has 2.3 million subscribers.

Brian Awadis / FaZe Rug also features his parents his videos. He has not revealed their real names, but insteads refers to them as Mama Rug and Papa Rug. Mama Rug is featured in the infamous “Cocaine Prank” video. She even has her own Instagram account with 160,000 followers.

FaZe Rug made his first luxury car purchase in 2016 when he purchased a Range Rover. In August 2017, he upped the ante by purchasing a Lamborghini Huracan. The 2016 Range Rover has a starting price of $85,000. That figure is not even half of the Huracan’s $200,000 starting price.

In March 2017, FaZe Rug and his family moved into a mansion worth an estimated $10,000,000 in an undisclosed part of California. The family later announced plans to move out of the mansion, as Brian and Brandon expressed a desire to live independently. They also stated they were happier when they were closer together.

FaZe Rug is currently in a relationship with fellow YouTuber and vlogger Molly Eskam. The couple began dating in mid 2-15 after meeting on YouTube. Molly is also a successful model and currently has 500,000 followers on Instagram.