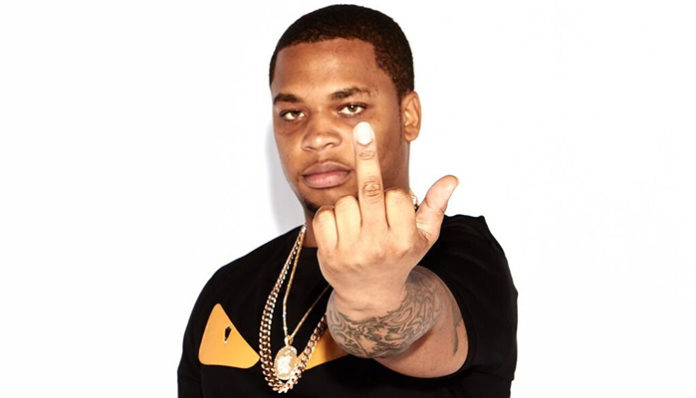 An up-and-rising artist from the Bronx, New York, there’s no doubt that Don Q has been making waves in the rap community. Since he started to write rhymes in high school, he hasn’t looked back. Just last year, he dropped his debut project, Don Season, which earned him a considerable following.

Since then, the twenty something has dropped two more albums, Corner Stories, and Corner Stories Reloaded, both of which received rave reviews from  fans. So far, some of his most popular hits include, I Told You, Groupie Love, For Free, Can’t Trust Em, and Take Me Alive. A frequent collaborator of A Boogie wit da Hoodie, Don Q has also worked with Meek Mill, Dave East, Casanova, Fabulous, and Funkmaster Flex, to name a few.

Despite being a relative newcomer, Don Q has already got himself hundreds of thousands of followers on social media. From his debut until now, how much has he earned from his music endeavours? How rich is he? According to sources, the Bronx rapper currently has an estimated net worth of $100,000. Let’s go ahead and take a look at how his career has played out so far.

How did Don Q Make His Money & Wealth? 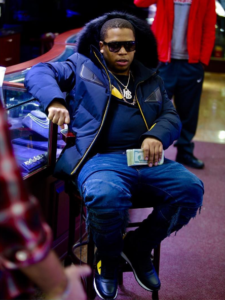 Born on April 28, 1990 in The Bronx, New York, Don Q grew up in the Highbridge area where he often played football. A running back, he poured many hours into the sport during his youth. Aside from being on the field, he also enjoyed music in his spare time. Though he went through several phases, some of his favourite acts included Lloyd Banks, Jadakiss, Jay Z, Styles P, and Cassidy.

Interestingly enough, his interest in rap led him to start writing as early as when he was ten years old. Despite this, it wasn’t until he was in high school that he began to take the hobby more seriously. He found inspiration from Jay Q, whose work taught him how to approach songs, he was free styling readily by the time he was in his mid teens. Not only did he pen his own rhymes, but he also battled in the streets, which earned him some level of exposure.

Friends with A Boogie wit da Hoodie, a fellow rapper from the Bronx, Don Q collaborated with him on several occasions before launching his solo career. For instance, the two worked together on the single, Bando, which came out in June 2016. Produced by XaviorJordan, the track has already accumulated over 5.7 million streams on Soundcloud. On Youtube, its MV has also been viewed more than 6.1 million times.

Another one of their popular collaborations is the single, Bag on Me. Released in late 2016, it quickly went viral online, with millions of streams in a matter of days. To date, it has been played over 36.4 million times on Soundcloud, making it Don Q’s most popular song so far. A couple of months after its release, accompanying visuals were uploaded to A Boogie wit da Hoodie’s Youtube channel- the MV has since received over 7.2 million views.

After dipping his feet in the water, Don Q released his debut mixtape, Don Season in August 2016. Hosted by Don Cannon, the rapper enlisted the help of several producers for the project including DLO Beatz, Lexi Banks, Reefa, Ness, G Major SNG, and Honarable C.N.O.T.E. Highly anticipated by fans, it boasted thirteen tracks including Look at Me Now, All For the Cash, For Free, By Accident, Trust Nobody, Forgiveness, and Everyday.

Featuring a few guest appearances from PnB Rock, A Boogie wit da Hoodie and Keir, Don Season was made available for streaming on a number of sites including Datpiff, and Soundcloud. On the latter, the mixtape has received hundreds of thousands of plays to date (the most popular being that of Don Season with 61.4K streams).

His next project, Corner Stories was dropped in February 2017. Featuring guest appearances from PnB Rock, Fabulous, Styles P, Jadakiss, Zoey Dollarz, among a few others, the mixtape gave rise to twelve new cuts including It’s All Love, Get Up n Get It, I Told You, Take Me Alive, Chasing These Bands, and Chosen One. A step up from his debut effort, the playlist has since been played over 939,000 times on Datpiff.

Since then, Don Q has released five new tracks with his latest offering, Corner Stories Reloaded. Made available on August 11, 2017, the updated mixtape included the titles, Do it Better, #Freeda9 (Feat. Rowdy Rebel), Thank God, and Oh You the Plug. Produced partly by the legendary Scott Storch, the tape went on to receive hundreds of thousands of listens on Soundcloud. In particular, Intro: Reloaded is at the top with over 74,000 plays.

The way it is, Don Q would have yielded some decent earnings from the above titles. Aside from his solo and joint ventures however, he’s also collaborated with many other artists including Jay Critch, Young Scooter, Phresher, Meek Mill, Juelz Santa, Monty, and Montana the Trapplord. Some of said songs include Tony Montana, Lights Out, Started It, Diamonds, Feel a Way, and Old Thang Back Pt. 2.

Aside from what he makes from his albums and singles, Don Q has another stream of income in the form of public performances. Like most artists, the rapper has put on a number of shows since his debut- the way it is, it wouldn’t be surprising for him to make upwards of a few grand per concert (of course, that’s just an assumption).

This past year, the Bronx rapper has performed at over a dozen venues in the United States from Philadelphia, Pennsylvania to Norfolk, Virginia (though many of the dates were in his native New York). Unfortunately, it looks like he’s taking a break as he does not have any upcoming shows for the next few months.

On the internet, he also reels in a notable figure from his Youtube channel, to which he posts the majority of his music videos and official audio clips. Since he launched his account in April 2014, Don Q has amassed over 34,000 subscribers- not bad for an up-and-coming artist! As far as his videos go, they have received over 13.5 million views combined.

As of October 2017, his number one video, the MV for Everything Lit has been viewed over 2.7 million times. Some of his other top hits include, I Told You, Protect Ya Patek feat. A Boogie, and Oh You Da Plug? [Official Music Video].

As you’ve probably heard, Youtube can be a lucrative opportunity for many users. By joining Google’s partnership program, one is able to earn revenue on the side simply by displaying ads on their content. So, let’s figure out how much Don Q has made from his videos so far- given that 5.4 million of his views display ads (e.g. 40% of his total views), and that he makes a couple of dollars per one thousand views, he would have made at least $10,000- not bad at all (and that’s just on the lower end).

According to Socialblade, Don Q’s Youtube channel has been growing at a fairly steady rate since the beginning of 2017. Currently, he gains upwards of a hundred new subscribers a day; as far as video views go, he easily receives a few tens of thousands on a daily basis. At the rate his account is growing, his ad earnings are likely to go up as his audience continues to increase.

Reiterating what we’ve established earlier, the 27 year old rapper currently has an estimated net worth of $100,000. From all that’s been said above, it can be seen that he has a number of projects, all of which contribute to his overall income. Not only does he earn money from his singles and albums, but he also yields additional income from things such as concerts, collaborations, and ad earnings from his Youtube channel.

At this time, nothing concrete has been revealed about the rapper’s relationship status. Considering the fact that he’s in his mid to late twenties however, it wouldn’t be that surprising if he was in a relationship. Having said that, until we’re proven otherwise, it’s assumed that Don Q is currently single.

Does Don Q Have Any Children?

We are not aware that he has any children.

Did Don Q Go to College?

Similar to the situation with his relationship status, not much has been revealed about his education history. For now, our best guess is that he has not went to college.

What is Don Q’s Real Name?

While it’s established that Don Q is his stage name, his birth name has not yet been revealed to the public.

Where Does Don Q Live? Pictures of Don Q’s House

From what we can gather, Don Q currently still lives in the Bronx, New York. Sadly, that’s about all we know about his location- not much is known about his personal life at this time (as mentioned above).

What Kind of Car Does Don Q Drive?

Don Q has come a long way these past couple of years. In 2017 alone, the rapper has released two projects, Corner Stories, and Corner Stories Reloaded, both of which have received hundreds of thousands of streams online.

As if that wasn’t impressive enough, he’s also collaborated with many other acts such as Casanova, Dave East, Funkmaster Flex, and Meek Mill.

We have not found that information yet.

Once again, he released two mixtapes this year- Corner Stories, and Corner Stories Reloaded. Aside from those, he’s also come out with a few collaborative ventures such as Somebody, Money Sprung, Feel a Way, and Trappers Turn Rappers.

To stay up to date with the rapper’s latest news, be sure to follow Don Q on social media sites- you can find him on Twitter and Instagram at @DonQhbtl. Alternatively, you can stream most of his tracks at his Soundcloud account.