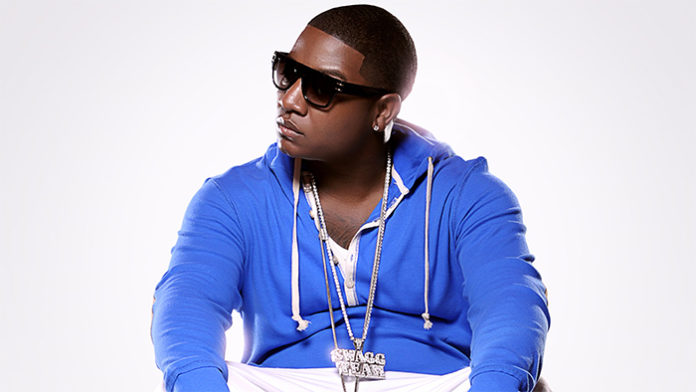 A Grammy Award nominated rapper, Yung Joc originally rose to fame for his hit single, It’s Goin’ Down. Having produced music since the mid 2000’s, he has also released a number of mixtapes including, Joc of All Spades, Joc is Back, The Grind Flu and Ready to Fly. Some of his other hit tracks include, I Know You See It, and 1st Time.

At the peak of his popularity, he also came out with two studio albums, New Joc City, and Hustlenomics, both of which became chart toppers in the United States. His most recent project, Mr Robinson’s Neighbourhood came out in 2014. As far as collaborations go, Yung Job has worked with several acts including Lil Boosie, Cheri Dennis, Danity Kane, T-Pain, Cheri Dennis, and DJ Drama, to name a few.

Well established in the rap scene, Yung Joc has hundreds of thousands of followers across the globe. On Youtube alone, his videos have been viewed over 1.7 million times.

Having said all that, how well is the rapper doing for himself now? How wealthy is he? As of 2017, Yung Joc has an approximate net worth of around $8 million. Where did he earn this fortune from? Let’s take a look.

How did Yung Joc Make His Money & Wealth? 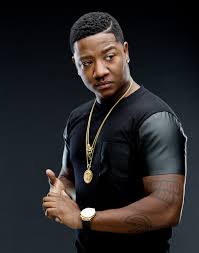 Born on April 2, 1983, in Atlanta, Georgia, Yung Joc’s (Real Name: Jasiel Amon Robinson) original aspiration was to pursue basketball- unfortunately for him however, his parents did not support his dreams of playing on the court. Growing up, his father Stanley Tucker owned a hair-care products company. Pulling a few strings from behind, he helped him land an opportunity to write a song for Revlon as a teen.

Ultimately, it was during his early twenties that he first began to explore a music career. In the spring of 2005, Yung Joc was introduced to Nitti Beats, a local Atlanta producer; together, the two eventually recorded, It’s Goin Down– a song that would later become his breakout hit.

But that’s not all- the song also garnered numerous accolades including a Grammy Award nomination for Best Rap Song in 2007. On top of that, it also landed a feature on Rolling Stone’s list of “100 Best Songs of the Year.” Since then, a handful of remixes have been released including those that feature Jody Breeze, Rick Ross, Slim Thug, and Lil Wayne.

Riding on the momentum that he had, Yung Joc later released his second single, I Know You See It in July 2016. Composed by the rapper himself, it peaked as high as number 17 on the Billboard Hot 100 and at number 5 on the Hot R&B/Hip-Hop Songs shortly upon its release. On Youtube, accompanying visuals also made its way to the site; as of 2017, the MV has been viewed over 1.4 million times.

Prior to the end of 2006, he came out with another single titled, 1st Time. Taken from his debut album, it featured a couple of guest appearances from Marques Houston and Trey Songs. Based on a woman’s first sexual experience, the song consisted  entered the Billboard Hot 100 at number 93, from which it eventually climbed up to number 82. Later on, it also charted on the Billboard Hot Rap Tracks and Hot R&B Songs charts at number 11 and 15 respectively.

That summer, Yung Joc also released his debut album, New Joc City. Made available on June 6, 2006, it boasted sixteen tracks including, Hear Me Coming, Knock it Out, Picture Perfect, He Stayed in Trouble, Do Yo Bad, Don’t Play Wit It, and Flip Flop– many of which were collaborations with artists such as Boyz N Da Hood, Marques Houston, Cheri Dennis, and A.D. Griffin.

Shortly after its release, the album debuted at number 3 on the Billboard Top 200, with approximately 150,000 first week sales; on the Billboard Top R&B and Top Rap Albums chart, New Job City eventually also reached number one. Despite lukewarm reviews, the project has since sold over 500,000 copies in the US, earning it gold accreditation from the RIAA.

From there, the Atlanta rapper dropped his second studio album, Hustlenomics in August 2007. Preceded by the single, Coffee Shop, a number of record producers were enlisted for the project including Diddy, Cool & Dre, Drumma Boy, Jazze Pia, The Neptunes, and The Fixxers, among others. A decent hit, it had sold over 70,000 copies by the end of the first week.

Featuring guest appearances from Trick Daddy, Snoop Dogg, Rick Ross, Dust Boy, Gorilla Zoe, The Game, among others, the playlist comprised of 18 tracks including, Gettin’ to da Money, Hold Up, Levin’ the Life, Chevy Smile, Hustlenomics, and Play Your Cards. In the United States, Hustlenomics eventually peaked at number 3 on the Billboard 200, and at number 1 on the Top Rap Albums and Top R&B Albums charts.

On top of those releases, Yung Joc has also released a series of mixtapes from 2006 to 2012. Mostly self-released, they consist of the titles, Joc of All Spades, Joc is Back, The Grind Flu, Swagg Team Mafia: The Movie, Ready to Fly, and Bitch I’m Joc. Some highlights from said tapes include, Neck, Might as Well, 500 Horses, Was She Like, and Yellow Tape.

Like most artists, he has collaborated with other acts on multiple occasions. For instance, he has worked with Danity Kane, Lil Boosie, Trae, T-Pain, Cheri Dennis, Bobby V, and David Banner, among others; these tracks include, Show Stopper, In The Hood, I Love You, Killa, Get Like Me, So Fly, and Beep. At one point, he also contributed to Cassie and Diddy’s remix of, Me & U.

Aside from what he earns from record sales, Yung Job also pulls in a decent amount from putting on concerts- something that’s common for those in the music industry. Though he hasn’t gone on tour in the recent years, he did for example, put on a handful of shows last year from Fresno, California, to Tacoma, Washington. So far this year, the rapper has also performed at a few venues across the country- including those in New York, Utah, Alabama, and New York. Unfortunately, he doesn’t have any upcoming shows booked at this time.

On Youtube, it’s also assumed that the rapper receives a cut from his Vevo channel, which has since amassed over 6,300 subscribers. As of 2017, his music videos have already been viewed more than 1.7 million times across his account- currently, his top upload, the MV for Features (Explicit) Ft. T-Pain has accumulated over 484K views. Though it’s unclear how much he receives from the Vevo channel, on average the pay rate is said to range from $25 to $35 per 1,000 views.

Outside of music, Yung Joc has also appeared on television on multiple occasions. For instance, he has been featured as a supporting cast member in VH1’s reality series, Love & Hip Hop: Atlanta since 2014. As of 2017, the show is currently on its sixth season.

Last year, the rapper took part in another reality show called, Leave it to Steve. The third spin-off of the above series, it chronicled the life of award winning producer, Stevie in Atlanta, Georgia. One of his close friends, Yung Job has made several guest appearances in the show since its premiere in December 2016.

Most recently, it has been announced that he will also be taking part in the upcoming horror reality series, Scared Famous, which is scheduled to premiere on October 23, 2017 on VH1.

So there you have it- some of Yung Joc’s greatest accomplishments. From everything that we’ve said, it’s clear that his $8 million fortune came from a variety of sources- from his record sales, to concert shows, to television appearances. Despite having already hit his thirties, the rapper has showed no signs of stopping down!

As far as we can tell, Yung Joc is currently single. Having said that, he was previously married to Alex Robinson from 2002 to 2014.

In the past, he is also said to have been romantically involved with Sina Bin, Karlie Redd, Carla Daniels, and Fatimah Jester.

Does Yung Joc Have Any Children?

Yes, he has six children with four women.

With Fatimah, his first girlfriend, he has a daughter who is currently in her teens. From there, he fathered three children with his ex-wife, Alexandra Robinson.

Following the end of their relationship, he met a woman by the name of Carla with whom he eventually had twins.

Did Yung Joc Go to College?

No, from what we can tell, Yung Joc has not gone to college.

What is Yung Joc’s Real Name?

The rapper’s real name is Jasiel Amon Robinson, though he mostly goes by Yung Joc.

Where Does Yung Joc Live? Pictures of Yung Joc’s House

Assuming he hasn’t moved in the recent months, Yung Joc currently resides in Atlanta, Georgia. Having said that, we do not have any pictures of his home to share with readers at this time.

What Kind of Car Does Yung Joc Drive?

Unfortunately, we do not have any information on Yung Joc’s vehicle at this time.

As of 2017, he has released three studio albums, and seven singles- a number of which have either reached the US record charts or have attained RIAA certification. Some notable highlights include, New Joc City, It’s Goin’ Down, I Know You See It, and 1st Time.

How Much Did Yung Joc Make Last Year?

At this time, we do not have any information on Yung Joc’s 2016 earnings.

As mentioned earlier, Yung Joc has recently put on a few concerts across the United States.

If you’d like to stay on top of his news and announcements, be sure to follow him on social media- you can find him on Twitter at @iamyungjoc.