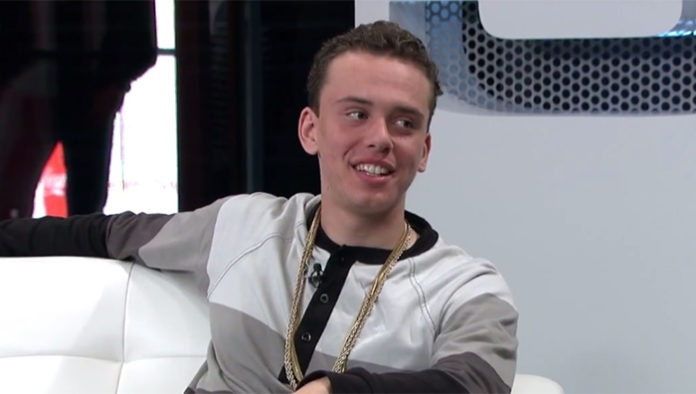 A celebrated rapper, Logic came out with several mixtapes prior to landing a music deal with Def Jam Recordings in 2013. The following year, he released his debut album, Under Pressure. Recorded over a period of two weeks, the project comprised of several tracks including Metropolis, Never Enough, Gang Related, Soul Food, Buried Alive, and Bounce. Praised for its storytelling elements, the album eventually went gold in the US, after peaking at number 4 on the Billboard 200. Globally, the record also enjoyed success in New Zealand, Canada, Belgium, and the UK.

Following up with another album, he dropped his second title, The Incredible True Story in November 2015. A slight improvement over its predecessor, it was produced by Logic himself along with many others including 6ix, Chris Zarou, DJ Khalil, and C-Sick. Noted for its non-linear storytelling, the album featured a few guest appearances from Jesse Boykins III, Lucy Rose, and Big Lembo. Among the titles included in the track list were, I Am the Greatest, City of Stars, Paradise, White People, Like Woah, Fade Away, and Upgrade.

His third studio album, Everybody was recently released in May 2017. Supported by three singles, one of which went double platinum, the reception that it received from critics was generally positive. Logic’s first record to reach number one in the US, over 247,000 units were sold during the opening week alone. His third gold-certified album, it came with a number of hits such as Killing Spree (Feat. Ansel Elgort), Take it Back, Waiting Room, Maos Definitely, Ink Blot (Feat. Juicy J), and Black Spiderman (Feat. Damian Lemar Hudson). In support of the album, the rapper later embarked on a summer concert tour with Joey Badass and Big Lenbo.

Obviously aside from his solo albums, he has also been involved with several other projects. For instance, in 2016, he contributed to the double-platinum hit, Sucker for Pain, which was a collaboration with Wiz Khalifa, Lil Wayne, Ty Dolls Sign, Imagine Dragons, and X Ambassadors. More recently this year, he also teamed up with Khalid and Alessia Cara on the track, 1-800-273-8255, which reached number 3 on the Billboard Top 200. Speaking of collabs, the rapper has also been featured in the works of Gin Wigmore, Tech N9ne, and Big Gigantic. Some of the said hits include Willing to Die, Sriracha, and All of Me.

What else was he involved with this year? Well, for one thing, he guest starred in an episode of the animated comedy series, Rick and Morty this August.

Scoring a record deal with Def Jam in 2013, he rose to prominence with the release of his debut album, Under Pressure, which eventually went gold in the US.

Logic was born in Gaithersburg, Maryland. Growing up, he spent most of his youth in the West Deer Park neighborhood, where he first got involved with rap.

He is of African-American and Caucasian descent

Is Logic in a Relationship?

The rapper has been married to his wife Jessica Andrea since October 2015- they recently celebrated their second wedding anniversary.

Since they got together, her wife’s Instagram following has exploded to over 645K.

As far as we can tell, he has not dated anyone in the past. If he has, he has not revealed anything to the public.

He has seven brothers and sisters

He has seven brothers and sisters

As an adolescent, he went to Gaithersburgh High School in Maryland. After skipping one too many classes, however, he was expelled during the tenth grade.

Did Logic Go to College

No, he has not gone to college. As mentioned above, he has not completed high school- ever since he left school, he has been heavily involved with music.

At this time, we do not have any details on Logic’s salary

He enjoys listening to music and playing videos in his spare time- in fact, he has his own gaming channel on Youtube which he updates on a regular basis.

Kill Bill (he is fond of kung fu movies) and Interstellar

Born on January 22nd, he is an Aquarius