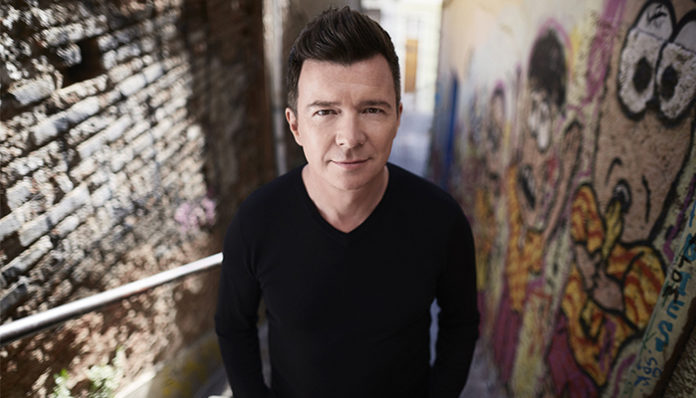 From Lancashire, England, Rick Astley came to the forefront of the pop scene in the late 80’s. Interested in music ever since he was a young boy, he performed with a number of bands before embarking on a solo career at 1987. That year, he released his debut album titled, Whenever You Need Somebody via under Records. A chart topper, it rose to number one in his native UK, as well as Australia and Spain. His greatest record to date, it gave rise to numerous hits including, It Would Take a Strong Strong Man, Whenever You Need Somebody, When I Fall in Love, and Don’t Say Goodbye.

A year into his music career, he released his second album, Hold Me in Your Arms in 1988. A solid follow up to his debut, its production was handled by Astley himself with help from Stock Aitken Waterman, Phil Harding, and a few others. Supported by six singles, it peaked at number 8 in the UK and at number 19 on the US Billboard Top 200. Well received, it produced the songs, Take Me to Your Heart, She Wants to Dance with Me, Hold Me in Your Arms, and Giving Up on Love. From there, the singer issued his third album, Free in March 1999. Though not as successful as his earlier titles, it gave rise to three charting singles, Cry for Help, Never Knew Love, and Move Right Out.

Prior to his retirement in 1993, he came out with one last album, Body & Soul. Following its release, Astley stayed out of the music scene for many years before making his comeback in 2001. That winter, he released his fifth album titled, Keep it Turned On, which peaked at number 56 in Germany. Following up with a new project a few years later, he released Portrait in 2005, which charted at number 26 on the Billboard Hot 100. From there, it wasn’t until 2016- over a decade later, that he delivered new material. On June 10, 2016, his eighth album, 50 was made available in stores. Produced by himself, it spawned three singles, Dance, Keep Singing, and Angels on My Side.

What has Rick Astley been up to recently? In support of his newest album, 50, he has actually been on the road for the majority of this year. Since January, he has traveled and performed at a number of venues across the world- over 50 different cities to be exact. Most recently, he held a show at the Akasaka Blitz stadium in Tokyo, Japan. Unfortunately, it doesn’t look like he has any upcoming shows booked at this time.

Rick Astley rose to fame in the late 80’s with the release of his breakout single, Never Gonna Give You Up which became a number one hit in over two dozen countries worldwide.

He is currently 51 years old

Rick Astley was born in Lancashire, England. Growing up, he and his siblings were brought up in the market town of Newton-le-Willows.

Is Rick Astley in a Relationship?

Rick Astley has been married to his wife, Lena Bausager since 2003. According to reports, the pair had met each other while she was working as a promoter with RCA in the late 80’s.

He has a sister named Jayne Marsh

He does not have any brothers that we know of

He has a daughter with his wife named Emilie, who was born in 1992. The family currently lives together in the Richmond suburbs of London.

It’s unclear where exactly the singer went to high school as a teen. Having said that, it’s known that he played with a number of local bands during his school days.

Did Rick Astley Go to College

No, as far as we know, Rick Astley has not gone to college- he had been focused on his music career ever since his teen years.

At this time, we do not have any details on Rick Astley’s salary.

In his free time, he likes going for a ride on his motorboat and seeing friends

In his free time, he likes going for a ride on his motorboat and seeing friends

Born on February 6, he is an Aquarius

As far as we know, Rick Astley is not on Snapchat