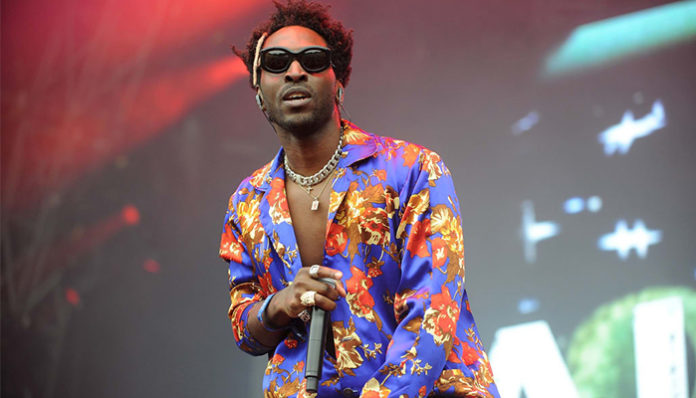 A new emcee from Brooklyn, New York, SAINt JHN recently made himself known in the rap scene, alongside the likes of Young M.A., Casanova, and Designer. Inspired to rap by his older brother, he released 1999, a bouncy track earlier this year. Prior to that, he had also put together a few songs, which he had made available for streaming online. Since his debut, the rapper has churned out a handful of singles including, Reflex, 3 Below, Some Nights, and Roses. While he hasn’t released an album yet, we’re sure that one will come in the near future.

Despite being a relative newcomer, the new MC has already landed a number of collaborations with artists such as Teflon Sega, Kiesza, Wippy Lion, and Jidenna, to name a few. Some of the songs include Bad Thing, Crash (Wippy Lion Bootleg), Helicopters/Beware, and Beretta Lake. With his recent releases, his popularity has only grown further over the past few months. For instance, SAINt JHN has already received over 6.5 million views on his Youtube channel; in fact, the official music video for Roses alone has racked up over 3 million views!

If anything, his popularity will only continue to climb- as he continues to churn out new material from the studio. With all that said, how successful has his rap career been so far? How much has he earned by his various endeavors to date? Unfortunately, we do not have the answers to those questions as his net worth is currently still under review. Regardless, let’s take a look at what he’s managed to accomplish so far, shall we?

How did SAINt JHN Make His Money & Wealth?

Hailing from Brooklyn, New York, SAINt JHN (Real Name: Carlos St. John) grew up listening to Caribbean music. The younger of two siblings, he and his brother were raised by their mother; their father had never been in their lives. Despite the fact that his brother was only two years older, he has stated that “[he] has always felt like a father [to him].” Ultimately, it was also him that had inspired him to rap; after his brother got into rapping, he decided to get into it as well when he was twelve years old.

At the beginning, he often rapped over his brother’s beats. It wasn’t until a little later on that he started to open his own music. Still, writing a good rap proved to be difficult- it had taken him a while to get the gist of the art. According to SAINt JHN himself, his earlier works were, “more aggressive” and “less melodic” than his current releases.

Last spring, the rapper released the track, 1999 on March 24, 2016. Produced by BassMob, it was made available for streaming on multiple websites including Soundcloud and Youtube. A solid project, the song has already been played over 440,000 times, with 320,000 views racked up on its official music video as of 2017. A breakthrough hit, the single had effectively launched his rap career.

Riding on his initial success, he dropped a second single titled, Roses on July 22, 2016. Produced by Fallen, it quickly surpasses that of its predecessor, with close to two million streams on Soundcloud alone. In fact, its music video has already become his most popular upload on Youtube, with more than three million views (and counting).

Prior to the end of 2016, SAINt JHN released a third single titled, Reflex. Though not as successful as his earlier title per se, it still managed to garner over 1.7 million hits on Youtube, and 1.4 million streams on Soundcloud. Since then, the rapper has released a couple of additional tracks, one of which includes, Some Nights. Made available this fall, the official audio has received over 83,000 plays to date online.

Obviously, the twenty-something would have collected some earnings from the above titles. As with most artists, however, that is not his only source of income. For instance, he also puts on concert shows, which likely also brings in some revenue. Looking at his schedule, he just recently held three concerts in the US- two in Chicago, Illinois, and one in Brooklyn, New York. For those who may be interested, the MC does have an upcoming show this December at The Camden Assembly, in London.

On Youtube, it’s likely that he has also been receiving some supplementary cash from displaying Google Ads. As of 2017, his channel has accrued over 38,000 subscribers with more than 6.5 million views. Assuming that he makes a couple of dollars per 1,000 ad views, he has easily made a few grand from the site by now.

As far as we know, the rapper is single. SAINt JHN has never made any mentions of there being a partner- if he does, he is doing a good job of keeping it out of the radar.

Does SAINt JHN Have Any Children?

No, SAINt JHN does not have any children that we know of.

Did SAINt JHN Go to College?

SAINt JHN has not gone to college- as far as we know anyway. In fact, not much has been revealed about his education history.

What is SAINt JHN Famous For?

One of the many emerging emcees of 2016, SAINt JHN rose to fame with the release of his single, 1999 last year. Since then, the rapper has dropped several hit titles including Rose, 3 Below, Some Nights, and Reflex, all of which have garnered countless streams on the web.

Where Does SAINt JHN Live? Pictures of SAINt JHN’s House

Going by what has been listed as his location on Twitter, SAINt JHN currently resides in his hometown in Brooklyn, New York. Having said that, it’s also known that he had lived in Guyana in the past (his first rap was written during his time there).

Unfortunately, we do not have any pictures of SAINt JHN’s house to share with readers at this time.

What Kind of Car Does SAINt JHN Drive?

At this time, we do not have any information on SAINt JHN’s vehicle.

How Much Money Did SAINt JHN Make Last Year?

We do not have any information on SAINt JHN’s 2016 earnings at this time.

As mentioned earlier, the New Yorker has come out with a few singles this year including, Some Nights, and 3 Below, both of which have proved to be popular among fans. In addition to that, he has also put on a few concerts across the US.