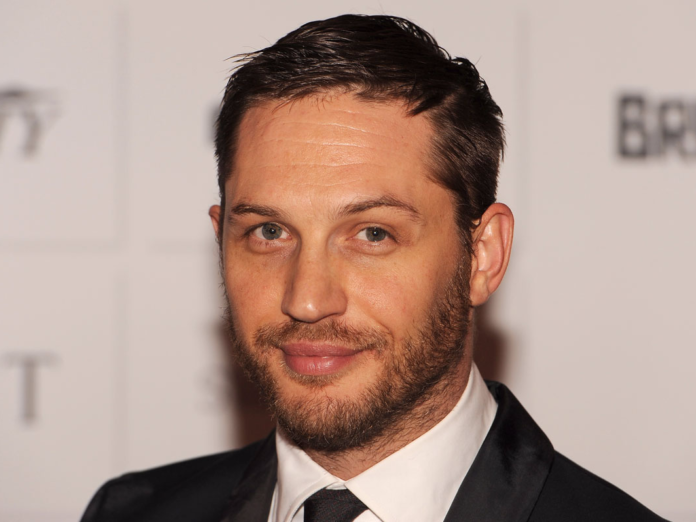 Tom Hardy’s acting career is almost two decades old at this point, but he seems to have really caught his stride in recent years. He had a troubled childhood and is known to have gone through some rough points in his life, but over the past five years or so there had hardly been a more successful and more acclaimed actor in Hollywood. From crack, cocaine, and rehab to six-figure cars and a mansion in London, let’s take a look at how Tom Hardy made his millions.

How Did Tom Hardy Make His Money and Wealth? 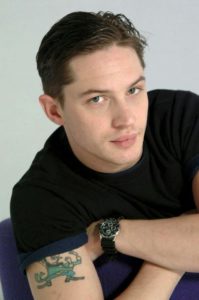 Tom Hardy—whose birth name is actually Edward—was born in London in 1977, which makes him forty years old at the time of writing. His mom, Anne, is Irish and was an artist and a painter, and his dad, whose nickname is “Chips” for some reason, was both a novelist and a writer of comedy. After Hardy finished high school, he went on to study theatre, first at the Richmond Drama School, and after that at the very prestigious Drama Centre London. Hardy describes his time at the Drama Centre London as being a very intense time, full of learning, in which he and his classmates would often study acting for up to sixty hours per week. His first brush with fame is a bit of an embarrassing one, as he won a competition called Find Me A Supermodel for a silly television program called The Big Breakfast in 1998 when he was twenty-one years old. He got a modeling contract that never really materialized, and later on in the same year, he left acting school because he landed a role in the popular HBO and BBC series Band of Brothers.

Three years later, Hardy showed up on the big screen for the first time when he appeared in another war-related program, this time in Black Hawk Down, directed by Ridley Scott. The film, which also starred Josh Hartnett and Ewan McGregor, was a success, grossing $173 million at the box office. Over the next couple years, Hardy was in somewhat successful films and appeared in Star Trek: Nemesis. He spent a few years focused on theatre, picking up some theatre awards for performances in In Arabia We’d All Be Kings. Then, in 2008, he drew acclaim for his portrayal of the infamous British criminal Charles Bronson, in a film called Bronson, for which he famously gained around forty pounds. The next year, he played Heathcliff in a production of Wuthering Heights; a notable and serious role, given that Heathcliff is considered to be one of the most famous characters in English literature.

The year 2010 is when Tom Hardy really propelled himself into 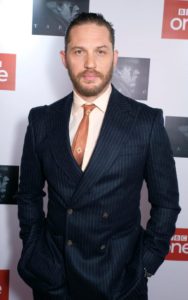 mainstream North American consciousness, however. He took on a starring role alongside Leonardo DiCaprio in Inception, and he worked with Christopher Nolan again soon after when he took on the role of Bane in the final of the Dark Knight movies. He starred in The Drop, which was the last movie James Gandolfini from The Sopranos was in before he died, and he acted on Peaky Blinders for a season as well. He played the titular Mad Max in the 2015 movie Mad Max: Fury Road in one of his most successful performances to date, as the film doubled its budget, won awards, and was generally a pop-culture phenomenon. The same year, he worked with Leonardo DiCaprio again, this time in the also-successful The Revenant, for which he got his first Oscar nomination for Best Supporting Actor. He was in yet another Christopher Nolan movie earlier this year, co-starring in the WW2 movie Dunkirk. He is slated for plenty more movies in the near future, including an Al Capone biography film, as well as starring in Venom in an upcoming Marvel film. 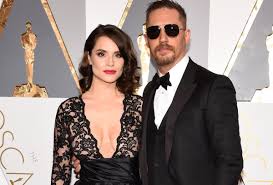 Back in 2009, Tom Hardy started daring the actress Charlotte Riley, who he had met on the set of a film they were working on together the previous year. They dated for five years before getting married in the summer of 2014. Years before that, Hardy was married once previously, in 1999, to a producer by the name of Sarah Ward. However, this marriage overlapped with some difficult times in his life, including out of control drinking and drug use, and he and Sarah were divorced in 2004. He also dated a woman named Rachael Speed briefly, who is an assistant director he also worked with. It seems as though Tom Hardy likes relationships with people who are also in the film industry.

Does Tom Hardy Have Any Kids?

Back in 2008, Tom Hardy had his first child, Rachael Speed, who was his girlfriend at the time. In 2015, he had his second child—his first with his current wife, Charlotte Riley. He also had two rescued dogs, but sadly one of them died earlier this year due to a rare disease.

Where Does Tom Hardy Live? Picture of Tom Hardy’s House 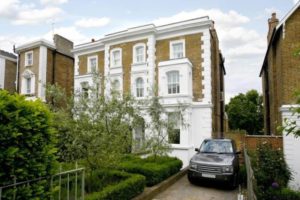 mansion in the suburban town of Richmond, which is in south-west London. Funnily enough, he was in some trouble earlier this year that was related to his home. He had renovations done and installed a tall new, chrome chimney on the side of his house, and his neighbors got all upset. One neighbor, in a letter to the town council, wrote: “This is a truly awful blot on the landscape of what has otherwise been a successful renovation of a house in an important part of Richmond.” Apparently what really irked the neighbors was that he didn’t do the necessary paperwork needed for such a renovation, although he was granted permission retroactively. According to documents, he paid around two and a half million pounds for the house, but it’s now worth over three million. Apparently, he is close neighbors with Mick Jagger.

What Kind of Cars Does Tom Hardy Have?

Tom Hardy is known to have a collection of five luxury cars worth, in total, around one million dollars. Included in this collection is an Audi R8 Spyder worth somewhere in the neighborhood of $150 000.

How Much Did Tom Hardy Earn Last Year?

It is surprisingly hard to get a sense of exactly how much money Tom Hardy made last year, but it seems to be in the ballpark of $4 million dollars, which is an average year since his rise to fame. However, it has been widely reported that he has been losing considerable amounts of money lately as well. He created his own TV show called Taboo and his production company spent around ten million pounds making the show. However, the show did poorly, and Hardy personally lost around two million pounds on the project. This has led some people to speculate that he may take some large Hollywood roles in the near future to recuperate these losses.

As alluded to earlier, Tom Hardy spent years struggling with drug and alcohol addiction. He has been very candid and open about his past drug use, saying that he feels lucky that he did not get HIV while engaging in dangerous behavior, and that at the hight of his cocaine-mania, he would have sold his own mother for the drug. He says that he is lucky to be here, and he has been sober now for over a decade. His road to recovery has mirrored the success of his career, which is a nice feel-good story, as he is now an admired figure.

You wouldn’t know it from watching a film like The Dark Knight or Mad Max, but Tom Hardy is a surprisingly little guy, standing at only five feet and nine inches. This makes it all the more impressive that he is able to transform himself into a towering, intimidating figure when he portrays characters like Mad Max or Bane.

Tom Hardy has said that his favorite actor of all time is Gary Oldman, which makes sense given the wild-eyed intensity that both actors seem to bring to their roles. Hardy has said that, while he was in acting school, he would often study scenes of Oldman’s and try to recreate them himself to capture their essence. Hardy and Oldman have appeared side by side in several films over the years.

While studying at the Drama Centre London, one of Hardy’s mentors was Anthony Hopkins.

Tom Hardy is an only child.

Tom Hardy was supposed to have a role in the film Suicide Squad, but he eventually had to drop out of the movie because of conflicts with his schedule.