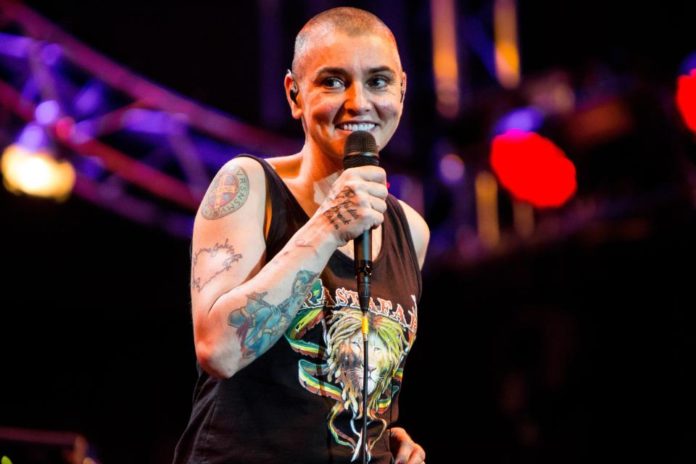 Sometimes you hear a name and your mind immediately free-associates an image or sound, as these impressions are irrevocably bound in your cognition to your very concept of this person. Surely, Sinead O’Connor is forever tied to a close-buzz haircut and the international run-away hit of ‘Nothing Compares 2 U’, as well as her bravery in expressing her views, no matter who or what stood in her way. However, there is so much more to her story and so much more to her music and her life though many would ignore that, relying instead on 30 year-old memories. Sinead’s career has endured twists and turns but she’s still kicking and still willing to speak her mind. Let’s peel back the years and take a look at her path to fame.

How Did Sinead O’Connor Rise to Fame? 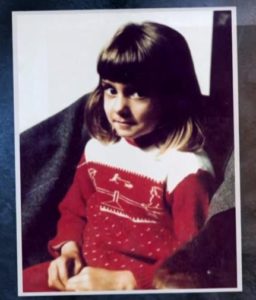 Born Sinead Marie Bernadette O’Connor on December 8, 1966 in Glenageary, County Dublin, she had an auspicious entry into the world, named in part after the wife of the Irish President (Sinead) whose daughter delivered the newest O’Connor, and Saint Bernadette of Lourdes. One of five siblings and daughter to a structural engineer (who would later become a lawyer), early life was rocky for Sinead as her parents split up when she was eight with her mother gaining custody of the eldest 3 children. It was not a happy time living with her mother and Sinead has since spoken out about child abuse and become an advocate for child well-being. Spurred to regain custody of his all his children, her father Sean became a lawyer and public force behind the Divorce Action Group, seeking justice for fathers in Ireland. At age 15 and living with her father and stepmother, her unruly ways ended Sinead in one of the country’s notorious church-run Magdalene Asylums where she was able to nurture her creative side but also faced vicious abuse. Attending a Quaker boarding school in 1983, she was at last given the chance to sing and record, dropping out a year later to start the band Ton Ton Macote in Dublin. Signed to Ensign Records, Sinead was often at odds with management and collaborators alike, but in 1987 released her debut album, The Lion and the Cobra, which certified gold and earned her a Grammy nomination for Best Female Rock Vocal Performance. Sinead O’Connor had hit the scene and hit it hard.

The next 10 years would be a whirlwind of musical growth and self-discovery. 1990 saw the release of her second album, I Do Not Want What I Haven’t Got, featuring the song she will forever be associated with ‘Nothing Compares 2 U’ (a Prince cover) which hit No. 1 all over the globe and catapulted her into the public eye, winning her a Grammy. For the next few years she was a staple in collaborative tracks and tributes, working with Roger Waters, Peter Gabriel, Bono, and the Red Hot Chili Peppers, as well as covering Elton John, Cole Porter, and Pete Townsend. Sinead sparked controversy in 1992 when she tore up a picture of the Pope while acting as musical guest on Saturday Night Live, another iconic event indelibly linked with her persona and released the album Am I Not Your Girl?. In 1994 she released her third album, Universal Mother, and an acoustic set, Gospel Oak in 1997. This would mark the beginning of a period of high output, with Sinead releasing Faith and Courage in 2000 and an Irish-language album, Sean-Nos Nua in 2002 before releasing a double album which included unreleased demos, early work, and live sets. Sinead then retired from the music scene, only releasing Collaborations in 2005, the sum total of all her collaborative tracks with other artists. Not able to stay away from music, she released a reggae-inspire album, Throw Down Your Arms in 2005 and Theology in 2007. The next six years were spent in some minor collaborations and working on new albums, including a release in 2012, How About I Be Me (And You Be You)?, but Sinead’s health and well-being were suffering, and she went on hiatus through 2013.

2014 saw the release of Sinead’s most recent album, I’m Not Bossy, I’m the Boss, and in 2015 she announced her intention to write a memoir. Due to the trauma she suffered in her childhood, she’d battled health problems and mental illness for decades and spoke out in August 2017, releasing a video on Facebook talking about her struggles. A few months later Sinead appeared on Dr. Phil and agreed to be interviewed in a measure to destigmatize mental illness, a cause that more and more of the celeb population have joined her in publicising. 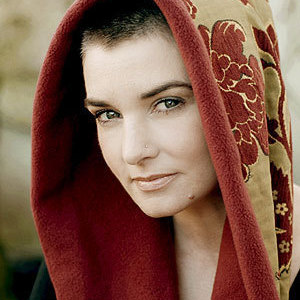 Sinead is not currently married but in traditional artist fashion has had her share of love and loss. Married to music producer John Reynolds in 1987, they have a son Jake together but it was not to last. A relationship with Irish writer John Waters resulted in a daughter, Roisin, but a bitter custody dispute led to her living with her father. 2001 saw Sinead’s marriage to British journalist Nick Sommerland but they separated in 2004 (her relationship with musician Donal Lunny resulted in Shane, born in 2004), and her fourth child, Yeshua Francis Neil Bonadio, was born in 2006 (father Frank Bonadio). Love struck again in 2010 when Sinead married her friend and fellow artist Steve Cooney, though they separated in 2011 and she married therapist Brian Herridge in December 2011, though they broke up several weeks later (allegedly reuniting for a time in 2012). She has publicly stated that her sexuality is fluid and she has been in relationships with women as well as men. It’s true that artists love passionately but are also pulled apart by these same passions and we can only hope that if Sinead is still looking for love, that it finds her and keeps her for the rest of her days.

What are Sinead’s musical influences? 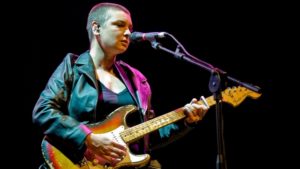 In an interview with Rolling Stone, Sinead has included The Pretenders, Siouxsie and the Banshees, Bob Marley, David Bowie, and Bob Dylan as her early musical influences. However, as her music has evolved, she’s experimented with acoustic sets, international genres (such as in Throw Down Your Arms, her 2005 reggea-inspired album, a result of time spent in Jamaica), and a return to traditional roots with her Irish-language album Sean-Nos Nua. Sinead is an artist who has dipped in an out of mainstream pop/rock styles and it has made her music all the more rich for the experience.

Has Sinead won any awards? 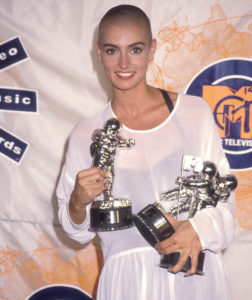 Sinead has won several awards though for political and social reasons has occasionally boycotted the awards ceremonies. In 1990 she won 3 MTV Music Awards for the single ‘Nothing Compares 2 U’ (Video of the Year, Best Female Video, and Best Post-Modern Video), in 1992 Sinead won a Grammy for Best Alternative Music Performance for I Do Not Want What I Haven’t Got, and in 2012 won a World Soundtrack Award for Best Original Song Written Directly for a Film for ‘Lay Your Head Down’ (from the film Albert Nobbs, 2011). However, she is a multi-year Grammy nominee for her work, including 1989 (The Lion and the Cobra), 1990 (‘Nothing Compares 2 U’), 1992 (‘The Year of the Horse), and 1996 (‘Famine’).

What personal causes does Sinead feel passionate about? 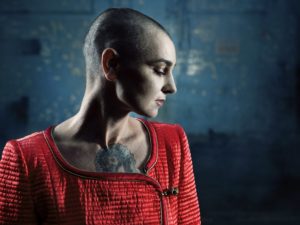 Sinead has been an outspoken critic of the Roman Catholic Church due to the covering up of decades of child abuse and mistreatment of women. Having spent time at an infamous Magdalene Asylum and seen firsthand effects of the church in her native Ireland, she was passionate to the point of political activism. She’s protested against war and for equal status and treatment for women (both in the music scene and without) but her most dear cause seems to be that which affects her the most. In 2007, Sinead told Oprah Winfrey that she had been diagnosed with bipolar disorder and and survived an earlier suicide attempt, though in 2014 she stated that bipolar might not be an accurate diagnosis as she had suffered from extreme hormone imbalances as well as crippling depression. In August 2017, after publicity surrounding her disappearance, she released a video to Facebook detailing her mental state and hardships with her family, including losing custody of her 13 year-old son. Though it must have been painful and emotional, Sinead spoke out to help reduce the stigma of mental illness and bring greater understanding as to what sufferers go through on a daily basis.

What does the future hold for Sinead O’Connor? Though currently unwell, her artist’s soul can’t be kept down and a return to music may be forthcoming. Hers is a name forever linked to the 1980’s and 1990’s, to controversy and passion, to the Irish spirit and confronting a nation’s past. She is a legend in a legendary time and no matter what’s on the horizon, it will be outstanding.