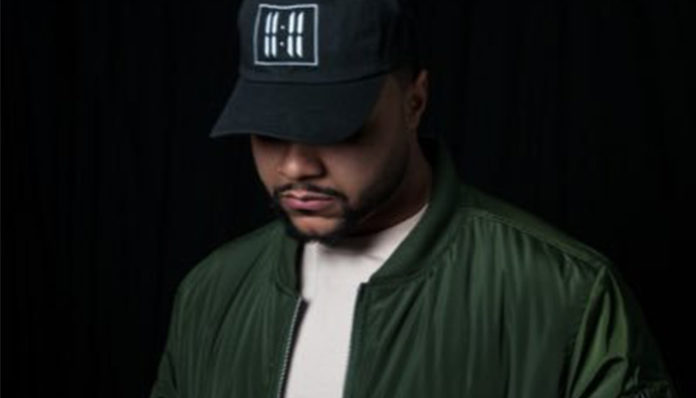 A Toronto-based R&B singer, 11:11 has been around in the music scene for a good few years. In 2014, he released one of his earliest projects, Hijo de la Madre Tierra online. Since then, he has dropped several singles including Busca Tu Sol, Mother May I, Girls and London Calling (Again). Of course, he has also issued a number of albums, most of which have been considerably successful. For instance, he came out with his eponymous EP, 11:11 in November 2016, which went on to garner a significant amount of streams online.

His latest extended play titled, El Farolito was released on August 31, 2017. Filled with live performances, the album is currently available for purchase on iTunes. Some of his other recent drops include Good Love, and El Ser, the latter of which is a five-track project. While mostly known for his solo work, 11:11 has teamed up with fellow rapper After-Born on a couple of occasions for the songs, Keep It Moving and What Are We Waiting For? For those who may be interested, you can catch the rapper on Soundcloud, where he uploads his work on a regular basis. Looking at his account now, he’s already got himself over 42,000 fans on the site.

Now for the question that we’re all wondering- how rich is 11:11? How much money is he able to make from rapping? His record sales? Has everything been working well for him? Unfortunately, as much as we’d like to know, the Toronto rapper’s net worth has not yet been revealed. With all the albums that he’s managed to churn out over the past few years, however, he must not be doing too bad for himself- we hope anyway. Now that we’re here, let’s take a closer look at his career so far.

Based in Toronto, Canada, 11:11 has been putting together songs since the late 2000’s. Unfortunately, his identity is very much still under wraps- not much information, if any at all, is available regarding his early life. Having said that, one thing’s for sure- he takes rap and music seriously. Obviously talented, he has released several records over the past few years, most of which have earned him a considerable reputation underground.

In 2009, he had self-released an album titled, You’ve Been Warned. One of his earlier projects, it contained twelve tracks, all of which are now available on iTunes. Dropping a couple of singles along the way, 11:11 eventually came out with his next EP, One More Try in 2012, after which he followed up with the song, Este Momento. By then, it was apparent for most fans that he had a knack for creating music.

His next big project, 11:11 Warehouse Sounds came out in the fall of 2015. Filled to the brim with new tracks, the album had managed to draw in some amount of attention. After a period back at the studio, the rapper was able to release yet another EP, Mamiferos in February 2016. A Spanish-language album, it gave rise to the singles, Detonar, Cascada, Esperar, and Mamiferos.

Later that summer, the R&B artist released his self-titled EP, 11:11 via iLive Music. The playlist includes the tracks Don’t Worry, I’m Good, West Side, Henny & Gin, and My Bish, among others. From there, he followed up with 11/11 in November, which came with three new hits.

What has the artist been up to recently? This May, he put together another Spanish EP, El Ser. Soon afterward, he dropped another single titled, Good Love, which has since been played close to a million times on Youtube. Then at the end of August, 11:11 released the album, El Farolito. His first live EP, it boasted five songs, Jumping’ Jax, Acelera, Eleven, La Dub, and Mamiferos.

Aside from the above projects, what else does the rapper have going for him? For one thing, there’s his Youtube channel. Launched in 2015, it has already received over 25.3 million views, with over 232,000 subscribers. Assuming that he’s placed ads on his videos, he’d make some decent money on the side from Google Adsense. As of 2017, his most popular upload, YOU, has been played over 15.2 million times- that’s a significant portion of his overall view count!

In addition to that of course, are concerts. Since 2010, 11:11 has put on a number of shows across the world from the United States to the United Kingdom. Just recently, he performed at the Casa Del Popolo venue in Montreal, Canada, prior to which he entertained crowds in Costa Rica. At the time of this post, the rapper still has a performance left in his hometown of Toronto, Canada on November 30, 2017.

Seeing as how not much if anything is known about the rapper’s private life, it shouldn’t come as a surprise that he has not revealed any information on his dating status. As far as we can tell, however, he appears to be single.

From what we can gather, 11:11 does not have any children.

Despite having scoured the internet, we have no information to give regarding 11:11’s education history. At this time, it’s unclear whether or not he has completed high school and if so, where.

11:11 is perhaps best known for his single, You from his eponymous EP, 11:11. A smash hit, it quickly went viral upon its release with millions of views online; from then until now, it has gained over 15 million streams on Youtube. Some of his other popular songs include Good Love, BYO, Henny & Gin, and I’m Good.

11:11 currently resides in Toronto, Canada. Other than that, no information is available on his location.

Unsurprisingly, we do not have any pictures of 11:11’s house to share at this time.

At this time, we do not have any information on Lil West’s vehicle.

Earlier this summer, the Canadian rapper released the EP, El Series on May 15, 2017. Since then, he has dropped the single Good Love, as well as the album, El Farolito, the latter of which came out in August. Considering how frequent his music releases are, it wouldn’t surprise us to know that he has something planned for the near future. Want to follow his latest music offerings? Follow him on Soundcloud at 1111music.

Are you a fan? Want to follow him on his other social media accounts? You’ll be happy to know that you can also find him on Twitter and Instagram at @11_11music.