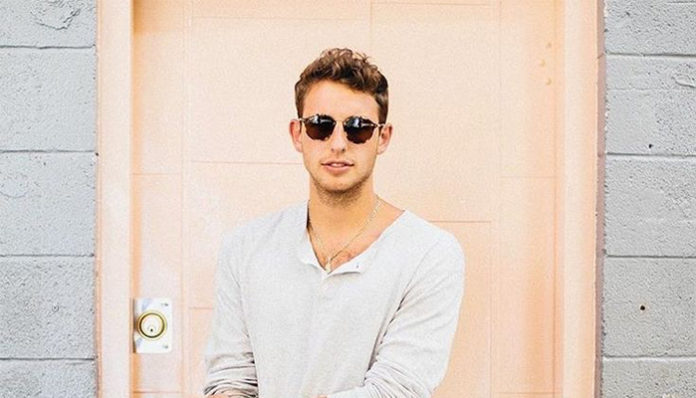 Based in Los Angeles, Kade Speiser is perhaps best known as a member of Team 10. Originally from Detroit, Michigan, he’s gained himself a considerable fanbase over the past few months. For instance, he’s already accumulated over 1.1 million followers on Youtube, where he vlogs on a regular basis. Not just that, but he also uploads a variety of videos from pranks to surprises, all of which have received a significant amount of views. If anything, his online presence has only gone up in the recent months.

Like most social media celebrities, Kate Speiser has done many collaborations- including with his fellow Team 10 members. For instance, his two most popular videos to date both feature Jake Paul, the group’s founder. Aside from Youtube, however, the twenty-something is also active on other platforms such as Twitter and Instagram. In fact, he’s already garnered over 2 million fans combined on the platforms as of 2017. Don’t want to miss out on what he’s up to? Then be sure to follow him on social media!

Having said all of that, how wealthy is the online star? Is a career in social media as lucrative as it sounds? How much exactly does he earn from his web endeavors? His Youtube channel? His other social media accounts? According to various sources, Kade Speiser currently has an estimated net worth of $60,000. While it may not be in the millions, it really isn’t all too bad for someone who is still in their early twenties. Interested in knowing where this money came from? So are we! Let’s take a look at some of his greatest accomplishments so far below.

How did Kade Speiser Make His Money & Wealth?

Born and raised in Detroit, Michigan, Kade Speiser is the oldest out of two siblings; he has a younger brother named Nathan. Unfortunately, not much information is available about his early life. At this time, it’s assumed that he got into social media during his teens.

As it happened, he had created himself a Youtube channel in 2014, a year after he had completed high school. Having always been interested in filmmaking, he initially used his channel as a platform for all the videos that he’d put together. As his popularity grew on, however, he discovered the joy of vlogging. Today, he has become a famed vlogger with over 1.1 million subscribers on the site.

In the three years that he’s been active on Youtube, the twenty-something has received over 30 million views. Currently, his most viewed video, I Crashed Jake Paul’s Tesla (Prank) has been played more than 1.8 million times. Some of his other top hits include Jake Paul Got Spit On, My Response to the Martinez Twins Leaving Team 10, Our First Date and Alone in the Team 10 House.

With the views that he gets, how much has he made from his Youtube channel so far? Generally speaking, it’s not uncommon for users to receive anywhere from $2 to $5 per one thousand ad views (given that they’ve chosen to display ads on their videos, of course). Assuming that’s correct, Speiser would have easily yielded a few tens of thousands of dollars from his account (even if you subtract Google’s cut, it’s still a sizeable amount).

According to Socialblade, his Youtube channel is currently growing at a steady pace, from a few hundred to thousand new subscribers a day. At the rate that it’s climbing, it’d only make sense for his Youtube earnings to also increase with time.

Since he joined Team 10 however, his popularity has spiked. Living together with his fellow group mates, Speiser has been featured in a number of their videos such as Team 10 Rap Battle, Team 10 Fashion Police: Instagram Edition, and Meet All the Team 10 Cars w/Kade, among many others.

Aside from Youtube, the twenty-something is also active on Twitter and Instagram. In fact, he’s already gained close to 2 million followers on the latter! A social media influencer with that kind of audience, he likely receives a fair share of endorsement offers and the like, which serve as another stream of income. Having said that, it’d be difficult to determine how much exactly he’s pocketed from said means as payment details are typically made private, which is reasonable.

Officially, Kade Speiser has not confirmed whether or not he is currently in a relationship. With that said, he has been spotted with a young woman many times on social media; her identity has not been revealed to this day.

Does Kade Speiser Have Any Children?

No, Kade Speiser does not have any children, as far as we know anyway.

Did Kade Speiser Go to College?

After completing high school, Kade Speiser went to a local community college where he played soccer. Since then, he has obviously made a successful career for himself on social media.

What is Kade Speiser Famous For?

Kade Speiser originally rose to fame on Youtube for his vlogs. In the recent months, he’s also become popular as a member of Jake Paul’s supergroup, Team 10.

A member of Team 10 as mentioned above, Kade Speiser currently resides in the group home in Los Angeles, California. As such, his roommates include Alissa Violet, Tristan Tales, Alex Lange, Tessa Brooks, Marcus Dobre, among others.

What Kind of Car Does Kade Speiser Drive?

At this time, we do not have any information on Kade Speiser’s vehicle.

How Much Money Did Kade Speiser Make Last Year?

We do not have any information on Kade Speiser’s 2016 earnings at this time.

What has the 22-year-old been up to recently? Vlogging and making videos of course! A busybody on Youtube, he not only updates his account with new content but also contributes to clips for Team 10’s channel. Don’t want to miss out on his recent videos? Be sure to subscribe to Kade Speiser’s channel (and perhaps Team 10’s too while you’re at it).