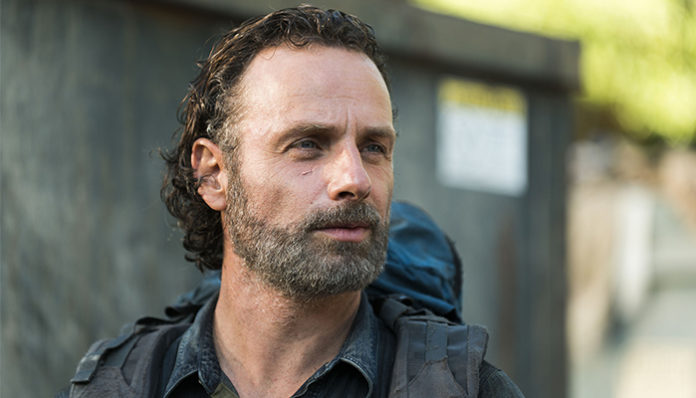 Hailing from London, England, Andrew Lincoln is best known for playing the part of Rick Grimes in the popular TV series, The Walking Dead. Having caught the acting bug as a teen, he kick-started his career in his early twenties, with an appearance in the sitcom, Drop the Dead Monkey in 1994. Just a year later, after finishing drama school, he landed his first lead role in the British drama series, This Life. From there, his next big opportunity came in 2001, when he was cast as Simon Casey in Teachers; not only did he star in the series, but it had also had his award-winning directorial debut.

Over the next years, Lincoln continued to appear on television, with a handful of film appearances along the way. Finally, in 2010, he received the breakthrough that he had been waiting for- he was cast as one of the lead protagonists on the post-apocalyptic series, The Walking Dead. Based on the comic book series of the same name, it took television by storm with its compelling plot and captivating characters. To this day, it remains to be the greatest highlight of his entire career. In fact, the actor’s already won a handful of awards for his performance, including a People’s Choice Award in 2014.

Surely, as one of the most well-known characters on TV, he must earn himself a considerable amount? How true is that? According to sources, The Walking Dead star currently has an estimated net worth of $16 million. Did he earn most of that figure from his time on the show (he has been on it for seven years)? If not, what other endeavors have he been busying himself with? Let’s find out!

How did Andrew Lincoln Make His Money & Wealth?

Born and raised in London, England, Andrew Lincoln acted for the first time at the age of fourteen in a production of Oliver!. From there, his interest in drama only deepened after he attended the National Youth Theatre one summer. Deciding on his current stage name, he eventually made his television debut in an episode of the British sitcom, Drop the Dead Monkey (1994). Then, after finishing drama school, he played his first lead role in the BBC drama, This Life (1996).

In 2010, Lincoln received his most prominent role to date, Rick Grimes on the AMC series, The Walking Dead. Based on a comic by Charlie Adlard, Robert Kirkman, and Tony Moore, the first episode followed his character, as he wakes up from a coma just to discover that the world has been overrun with zombies. Premiered on October 31, 2010, the show is incredibly successful; as of 2017, over 8 million viewers tune into the series every week.

An incredible opportunity, the show has launched him to a whole new level of fame. Easily one of the greatest credits that he has to his name, Lincoln’s portrayal of Rick in The Walking Dead has earned him numerous awards over the years including a Satellite Award, a People’s Award, and two Saturn Awards, among many other nominations.

So, now for the big question- how much does he get paid for starring on The Walking Dead? According to various reports, the actor receives upwards of $90,000 per episode; this works out to be well over $1 million per year. Considering the fact that an average season consists of 15 to 20 episodes, he’d make anywhere from $1.35 to $1.8 million per season (which matches up nicely with his annual estimate).

Aside from The Walking Dead, what are some of the other projects that he’s been working on this year? Looking at his IMDb page, it can be seen that he’s also been involved with Talking Dead, Red Nose Day Actually, and Robot Chicken on the small screen, the last of which saw him as a voice actor. For those who’re wishing to see Lincoln on the big screen, we have some bad news- he hasn’t taken part in a film since 2010.

Andrew Lincoln has been married to Gael Anderson for over ten years, since 2006. At their wedding creepy, Apple Martin (daughter of Chris Martin and Gwyneth Paltrow) served as the flower girl.

Previously, he had also been romantically involved with Tara Fitzgerald back in the late 90’s.

Does Andrew Lincoln Have Any Children?

The Walking Dead star has two children with his wife, Arthur and Matilda.

Did Andrew Lincoln Go to College?

Interested in acting, he enrolled at the Royal Academy of Dramatic Art in London, England, where he honed his skills prior to making his debut in 1994.

What is Andrew Lincoln Famous For?

Andrew Lincoln is best known for playing Rick Grimes in The Walking Dead, a series that he has been starring in since 2010. For his portrayal in the show, he has won an impressive amount of accolades over the past years.

Andrew Lincoln resides with his family in London, England- that is, when he isn’t filming for the popular post-apocalyptic show. For those who don’t know, The Walking Dead is filmed in Georgia.

Unfortunately, we do not have any pictures of Andrew Lincoln’s house to share with readers at this time.

What Kind of Car Does Andrew Lincoln Drive?

At this time, we do not have any information on Andrew Lincoln’s vehicle.

How Much Money Did Andrew Lincoln Make Last Year?

As you probably already know, given that you’re a fan of the AMC series, Andrew Lincoln is currently starring in the eighth season of The Walking Dead, which premiered on October 22, 2017. While that has obviously eaten up a lot of his time, he has been involved with other things this year. For instance, he has been featured on the talk show, Talking Dead. Earlier in 2017, he’d also appeared in the short TV film, Red Nose Day Actually and had lent his voice to Robot Chicken.