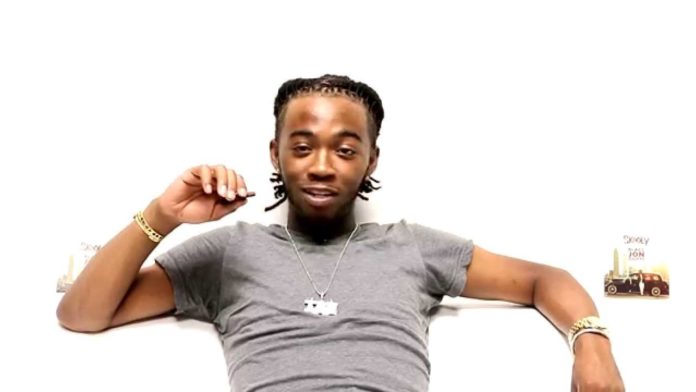 Skooly, who is also often referred to by his nickname “The Blacc Jon Gotti” is an example of an artist who has managed to rack up considerable wealth while flying under the radar for most people. You may be wondering “how does this 23 year old from Atlanta who I’ve never heard of have millions of dollars while I haven’t heard one of his records?” The answer is hard work, good professional connections, talented collaborators, some catchy hits, and of course a little bit of luck as well. Let’s take a look at how Skooly made his money.

How Did Skooly Make His Money And Wealth? 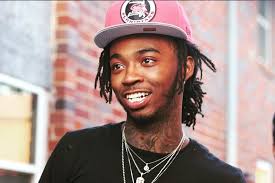 Skooly’s real name is Kazarion Fowler, and he was born in Atlanta, Georgia, and grew up there as well. He was born on July 30th, 1992, which means that he’s 23 years old at the time of writing, which is certainly an impressive age at which to be a self-made millionaire. While Skooly was in high school, he met Kaelub Denson, who today goes by the name RKaelub. They played basketball on the same team while they were in high school, laying the foundation for a friendship and artistic collaboration that would take each of them a long way. They formed Rich Kidz back in 2008, which is what each of them is still best known for, as the group has racked up tens of millions of hits on YouTube, while Skooly’s own videos are more in the tens or hundreds of thousands range.

Alongside RKaelub and Skooly, there were many other members of Rich Kidz, some notable ones being RK Sapp and RK Sabo, and they started recording and releasing songs in 2008. From the start they had savvy marketing techniques; their first breakthrough came when they had to idea to give ringtones of their music away to people in Atlanta for free, in order to have a kind of viral exposure to the public. They began getting shows in local bars, clubs, and strip clubs, which is pretty crazy considering that Skooly was a young teenager at only fourteen years of age. They booked plenty of gigs after that and went on some small tours to other American cities, but each member of the group also took the time to graduate.

Grand Hustle before getting a big deal with Columbia Records. Their first big hit was a song called “My Life” which featured Waka Flocka Flame, who is also from Atlanta. Rich Kidz released many albums while they were active, but they disbanded around 2014, and each member has focused on his own respective solo career since then. One prominent member is Shad da God, who used to be known under the name Rich Kid Shawty, who is actually the cousin of the famous and influential Atlanta rapper T.I., which may explain how Rich Kidz managed to get signed to so many impressive record deals so quickly.

In 2015, Skooly released his first solo album away from Rich Kidz: an EP called The Blacc John Gotti—a reference to a famous New York-based Italian-American gangster active in the ’70s and ’80s and the kind of figure that characters like Tony Soprano were based on—and Skooly used the momentum from that EP to release some other high profile singles, such as some collaborations with 2 Chainz, who is also from Skooly’s home state of Georgia. Those songs with 2 Chainz probably remain Skooly’s most listened to songs to date. Much of the rest of Skooly’s life remains a mystery to the public, which is not surprising considering that he is still only 23 years old and has yet to make a breakthrough to mainstream media attention. Still, it’s fairly easy to see how he racked up a couple million dollars, so far: through streams, YouTube views, royalties, and whatever advance he got from Columbia Records. His latest single, “Tasting Purple” came out only a few days ago, and it has already been racking up the views on YouTube. Skooly is currently also signed to 2 Chainz’ record label, which is called T.R.U., and he often releases his latest mixtapes on websites such as Spinrilla and Livemixtapes, where they have continued to do very well and consistently generate buzz.

Given how little is known about Skooly’s personal life, it is impossible to say whether he has a relationship that he is hiding from the public. However, based on his social media presence, it does not seem as though Skooly has a girlfriend, let alone a wife.

Does Skooly Have Kids?

Though young music stars having kids while they are in their twenties isn’t totally unheard of—see, for instance, Swizz Beatz and Future, both of whom have multiple kids by now—Skooly certainly doesn’t seem to have any children so far. However, judging by his social media profiles, he has one brother and one sister, both of whom he is fairly close to, as he takes to social media to congratulate them on their accomplishments and to wish them happy birthdays.

Where Did Skooly Go To School? 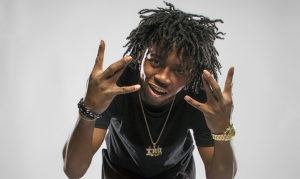 Given that Skooly is still only 23 years old and has already had considerable success in the music industry since he was only 14 years old, it is probably not surprising whatsoever that he did not enroll in any postsecondary education. However, as mentioned earlier in the article, he did make sure to get his high school diploma before pursuing his musical career in earnest, no doubt figuring that it would be important to have something to fall back on if his sales drop off or he loses his passion for hip-hop. He went to Frederick Douglass High School in Atlanta, alongside several of the other guys who went on to make up Rich Kidz.

How Much Did Skooly Earn Last Year?

Because many aspects of Skooly’s life have been hidden from the public, it can be hard to get an accurate sense of what his earnings have been from year to year. However, one source shows that he has earned around $150 000 per year over the course of his career, and that last year he pulled in approximately $250 000.

How Tall Is Skooly?

Skooly is fairly short, at 5’9. For context, he’s considerably taller than Lil Wayne, who is 5’5, or Kendrick Lamar, who is 5’6. However, he’s way shorter than Young Thug or 2 Chainz, both of whom he has collaborated with already in his young career. 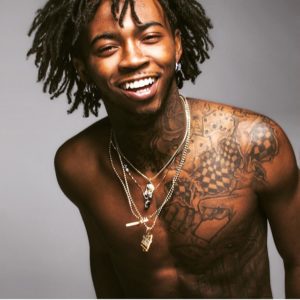 after the death of fellow Atlanta-based rapper Trentavious Zamon White Sr., better known as Bankroll Fresh. Bankroll Fresh is best known for his hit song “Hot Boy” which came out back in 2014. After Bankroll Fresh was killed, rumors began to fly on social media websites like Twitter and Instagram, as people began to say that they had seen Skooly enter and exit the car that Bankroll Fresh was in on the night that he died. The rumors got so bad that Skooly had to address them on Instagram, saying: “Tell em get it from da Source! Don’t FUCC Wit All da Word of Mouth!! #longLiveTreNt #LongLiveBankroll #MrStreetMoneyHimSelf #WeMadeHitsTogether.” He went on to post the LongLiveBankroll hashtag many times in a tribute to his fallen friend, though the rumors still have not truly gone away on social media.

Other Interesting Facts About Skooly

Skooly’s music made its first appearance in a film back in 2015 when it soundtracked a film called Take Over Your Trap, which starred 2 Chainz, who Skooly has often collaborated with. Take Over Your Trap tells the story of a trap star named Bankroll who discovers that his father has been put in jail by a pastor who uses his church as a drug front, which I’ve got to admit is a pretty good premise for a film. The film did not get a wide release, but it is currently holding an 8/10 rating on IMDB, which is pretty impressive. The character Bankroll in the film was played by Bankroll Fresh, who has since passed away, as alluded to earlier in the article.

Skooly is also credited on IMDB as having had his music featured in the soundtrack for the very popular 2005 documentary Loose Change, which makes the case that the September 11th terrorist attacks on the World Trade Centre were orchestrated by the United States government, and therefore an “inside job.” However, given that Skooly would only have been 11 years old when this film came out, it seems highly unlikely that he had anything to do with its soundtrack, and it must simply be a mistaken credit on IMDB.