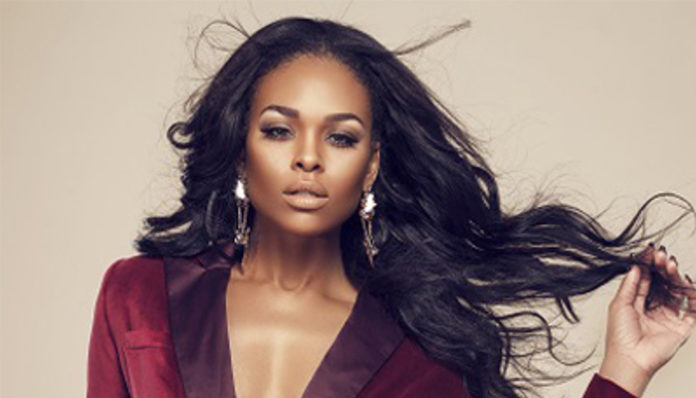 Hailing from New Mexico, Demetria McKinney made her acting debut in the stage production of Meet the Browns in 2004. From there, she landed her most prominent role to date, on Tyler Perry’s House of Payne. Incredibly successful, she ended up remaining on the show for over 150 episodes, which spawned a period of six years. Following the show’s end in 2012, the actress was offered a lead part in The Rickey Smiley Show, which ran for two years.

More recently, she has also been starring in the primetime soap, Saints & Sinners (2016). In addition to that, she has also been playing the part of May Westbrook in the drama series, Superstition (2017). To say that she has a successful television career, would probably be an understatement. But wait, that’s not all that she’s got going for her; McKinney is also a singer. This fall, she released her debut studio album, Officially Yours, which reached number 48 on the US Indie chart. In the end, it also spawned the single, Easy, which peaked at number 9 on the Adult R&B Songs chart.

With all the things that she has going on, is it safe to assume that she’s doing fairly well for herself? How wealthy are the actress/singer? According to sources, Demetria McKinney currently has an estimated net worth of $3 million. What can we attribute this amount to? Where did she earn most of this wealth? Let’s go over her career below, to try to find out the answers to those questions.

How did Demetria McKinney Make Her Money & Wealth?

Originally from Albuquerque, New Mexico, Demetria McKinney launched her acting career in the production, Meet the Browns. It wasn’t until 2006, that she was cast as Janine Shelton-Payne, one of the lead protagonists in the American sitcom, Tyler Perry’s House of Payne. One of her greatest roles to date, she starred on the show alongside Allen Payne, LaVan Davis, Cassi Davis, and Lance Gross, among others. Introduced at the beginning of the series, she stayed for six seasons, until 2012.

While filming for the sitcom, McKinney also involved herself with several movies. For instance, she appeared in Daddy’s Little Girls (2007), Standing Reign (2007), Breaking Up is Hard to Do (2010) and, Before I Wake (2008). Having said that, her primary focus was still on television.

Not long after her departure from Tyler Perry’s House of Payne, she was offered a lead role in the comedy, The Rickey Smiley Show (2012). A TV One sitcom, its cast list also included Rickey Smiley, Noree Victoria, J. Anthony Brown, and Ajiona Alexus, among a few others. Playing the role of Monica, McKinney appeared in all 37 episodes- up until the show was canceled by the network in 2015. From there, she stayed involved with a handful of guest appearances in Let’s Stay Together, Drop Dead Diva, Devious Maids, and Mann & Wife.

Then in 2016, she was cast as Tamara Austin Calloway, a recurring character in the primetime soap opera, Saints & Sinners. Earlier this year, she was promoted to being a series regular in season two, which recently wrapped up in April 2017 after eight episodes. According to reports, McKinney will be returning for the third season, which is currently in the works for a March 2018 release.

Perhaps more noteworthy is her role in the Syfy drama series, Superstition. Premiered this fall on Netflix, the story centered around the Hastings family, who own a funeral home and cemetery in La Rochelle. In the show, the actress plays the part of May; other main cast members include Mario Van Peebles, Robin Lee, Brad James, and Morgana Van Peebles.

Taking everything we’ve said so far into consideration, it’s only natural that a good portion of her income comes from acting. Having said that, it’s hard to determine how much exactly she has received from the previously mentioned shows.

Aside from her television and film career, what else does McKinney have going for her? For one, her singing career. For those who were unaware, the actress has been churning out singles since 2011. Some of the said singles include Take Away This Love and Unnecessary Trouble (Feat. Kandi Burruss).

Most recently, she released her debut album titled, Officially Yours soon October 6, 2017. Distributed by Entertainment One Music, it managed to peak as high as number 48 on the US Indie Albums chart; among the singles that it produced was Easy, which peaked at number 9 in the United States. If you’re interested in streaming her music, you should head on over to her Youtube channel.

From what we can gather, Demetria McKinney is currently not in a relationship.

Up until last year, however, she was engaged to American film director, Roger M. Bobb. According to reports, the couple had been dating on and off for nine years, prior to him popping the question. At this time, there is still no word on what ended their engagement.

Does Demetria McKinney Have Any Children?

At the age of seventeen, she had a son, whom she has raised as a single mother.

Did Demetria McKinney Go to College?

At one point, she went to Okaloosa Community College, though she was ultimately a few credits shy of graduating.

What is Demetria McKinney Famous For?

As an actress, Demetria McKinney is perhaps best known for having played Janine Shelton-Payne in Tyler Perry’s House of Payne. Recently, she has also re-emerged with the new series, Superstition and with her debut album, Officially Yours.

Demetria McKinney currently resides in Atlanta, Georgia (not surprising seeing as how she was a real housewife on the Bravo Atlanta spin-off). Unfortunately, we do not have any further information on her location at this time.

No pictures of her house are available.

What Kind of Car Does Demetria McKinney Drive?

At this time, we do not have any information on Demetria McKinney’s vehicle.

How Much Money Did Demetria McKinney Make Last Year?

We do not have any information on Demetria McKinney’s 2016 earnings at this time.

As mentioned earlier, she has been starring as May Westbrook in the Syfy series, Superstition since October 2017. Aside from that, she also made a guest appearance in an episode of Being Mary Jane.

Outside of television, McKinney has also appeared in two films this year- one of which includes Bobbi Kristina, which saw her playing the role of Whitney Houston. The other movie that she participated in is Providence Island (2017).