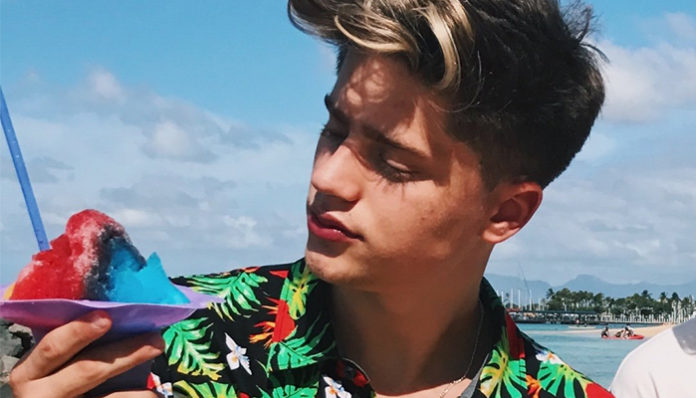 A social media star, Emilio Martinez initially rose to fame on Instagram with his twin brother, Ivan. Blessed with good looks, he quickly accrued himself a following on the platform, to which he continues to post new content on a regular basis. But that’s not all, since his rise to fame on the photo-sharing app, he has also made himself known on Youtube (once again, alongside his brother). Known for their comedy videos and vlogs, the two are quickly approaching the 4 million subscriber mark on the site. As of November 2017, they have garnered over 267 million views across their channel.

This January, Emilio’s popularity also peaked after he and his brother joined Team 10, Jake Paul’s popular supergroup. Over the next few months, the brothers contributed to a number of their videos, most of which went on to receive millions of views on the site. Despite the positive attention that it had brought them, however, many fans were shocked to learn that they had decided to leave the group earlier this summer. Since their departure, Emilio and Ivan have continued with their antics on Youtube.

As you’re probably already aware, social media has grown to become incredibly lucrative in the recent years; it’s not uncommon for some celebrities to earn upwards of six figures from sponsorships and the like alone. With that said, how rich is Emilio Martinez? How much has he (and his brother) managed to earn from their various online endeavors? According to various sources, the twins currently have an estimated net worth of $500,000 (that is, combined). Where do they pull in the majority of their money? Let’s find out below!

How did Emilio Martinez Make His Money & Wealth?

Hailing from Spain, Emilio Martinez and his twin brother grew up in the city of Catalonia with their sister, Rebecca. Unfortunately, we do not have much information available on his childhood at this time. With that said, we do know that he relocated to Los Angeles, California, a few years back, for his (and his brother’s) budding social media career.

Like most teens, the world of social media had greatly intrigued him. Thus, at the age of sixteen, he decided to jump on the Instagram bandwagon, alongside twin brother, Ivan Martinez. With a single selfie-post, he almost instantly caught the attention of users; before long, his following was growing at a steady pace. From then until now, the 19-year-old has gained over 5 million followers- enough to earn him the status of being a “social media influencer”.

Since their rise to fame online, Emilio and Ivan have also established themselves as popular personalities on Youtube. Not only do they post prank videos, but they also vlog on a regular basis, much to the delight of fans. As of November 2017, the brothers have amassed nearly 4 million subscribers on their channel, with over 267 million views across their videos. For those who do not want to miss out on what’s going on, be sure to subscribe to their account.

So, how much do they pull in from their Youtube channel? Surely, with their audience, it has to be a sizeable amount? According to various sites, the Martinez Twins are capable of generating over $1,000 of revenue per day, from their videos alone. Doing the math, this easily adds up to six figures on a yearly basis. Who knew being a Youtuber could reel in so much money?

While they have garnered a considerable amount of fans from their solo efforts, Emilio and Ivan were also known for being members of Team 10- Jake Paul’s group of social media stars. Officially welcomed into the family in January 2017, the brothers appeared on their channel a number of times throughout the next few months. It wasn’t until this summer, that it was announced that they had decided to leave, and return to Spain, much to the shock of fans.

While their time with Team 10 may be over, they remain as active as ever on social media, with regular updates to their Youtube and Instagram accounts. At the rate that their channel is growing (e.g. a few thousand per day) also, their ad revenue from the site is bound to increase over time as well. To say that they’re successful vloggers, would truly be an understatement.

According to a recent tweet that he had posted earlier this summer, Emilio Martinez is currently single.

Does Emilio Martinez Have Any Children?

Seeing as how he isn’t even in a relationship, it shouldn’t come as too big of a surprise that he does not have any children.

Did Emilio Martinez Go to College?

No, the teen has not gone to college as far as we can tell. Since they embarked on a social media career, they’ve only continued to make strides in that direction.

What is Emilio Martinez Famous For?

One-half of the Martinez Twins alongside his brother Ivan, Emilio originally rose to fame on Instagram, to which he posted selfie photos. Since then, the two of them have gained a considerable presence on Youtube- especially after they were made members of Team 10 earlier this year (though they’ve since left the group).

After living in the Team 10 house in Los Angeles, California for a handful of months, Emilio and his brother chose to move back to Spain, to be with their family.

We do not have any pictures of Emilio Martinez’s house to share at this time.

What Kind of Car Does Emilio Martinez Drive?

At this time, we do not have any information on Emilio Martinez’s vehicle.

How Much Money Did Emilio Martinez Make Last Year?

We do not have any information on Emilio Martinez’s 2016 earnings at this time.

As mentioned earlier, Emilio Martinez and his brother recently chose to leave Team 10 this summer. Not only have they surprised fans with their sudden departure from the group, but they’ve since also posted a video, accusing the group’s founder, Jake Paul of bullying. While Jake Paul himself denied that it was true, he has since apologized to the Martinez Twins.

Want to know what the twins are up to? Don’t forget to follow them on Youtube! As well, you can find Emilio Martinez on @emartineeez and on Instagram at @emiliovmartinez.