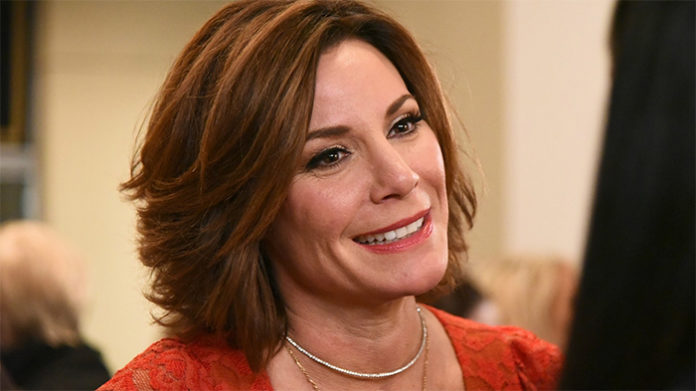 Born and raised in Connecticut, Luann de Lesseps rose to fame after being cast in Bravo’s New York City installment of The Real Housewives franchise. A former model, she pursued a career as a licensed nurse in Connecticut for many years prior to making the leap to television. As of 2017, she has been on the reality series for nine seasons as one of the original “Housewives” (though she was demoted to a recurring character in season six). Responsible for her rise to stardom, the TV show has been her main highlight for the past few years.

Having said that, there’s no doubt that Lesseps is a multi-talented woman. For one thing, she has a few singles to her name including, Chic, C’est la Vie, and Girl Code (she has expressed interest in resuming her singing career). In addition to being a singer, the brunette had also published a book titled, Class with the Countess: How to Live with Elegant and Flair in 2009, which proved to be fairly popular among readers. According to her official website, a second book is currently in the works. But wait, there’s more- she even launched her own bedding line, the Countess Collection, across the country earlier this fall.

Like many television personalities, Lesseps has also branched out into acting. In 2011, she made her small screen debut in the pilot of Eden. Later that same year, she also made a cameo as herself in the popular, Law & Order. Since then, she has also added the TV series, Difficult People to her list of credits. Speaking of TV, she has been invited as a guest onto numerous talk shows over the years such as Access Hollywood Live, Steve Harvey, and The Meredith Vieira Show. According to IMDb, she will be making her movie debut early next year.

Seeing how accomplished she is, surely her wealth is nothing to scoff at? How rich is the popular reality star? From our research, Luann de Lesseps’ 2017 wealth is currently said to be around the $3 million mark. How much of this came from the Bravo series? Her other endeavors? Let’s try to answer these questions below.

How did Luann de Lesseps Make Her Wealth & Money?

Hailing from Connecticut, Luan De Lesseps was raised in the town of Berlin, where she was raised alongside her six siblings. Highly involved as a teen, she was the captain of the school’s softball team during her high school days. Following her graduation, it’s assumed that she went to college for a nursing degree, as she later worked as a license licensed nurse in her hometown. For extra funds, the brunette had also worked as a model for Wilhelmina, a popular modeling agency based in New York City.

In 1993, Lesseps married Count Alexander, a wealthy entrepreneur from Paris, France. Though they’ve since divorced, it’s probably safe to say that their marriage had led to an overall increase in her net worth.

In 2008, the former model was cast in Bravo’s newest reality show at the time, the New York City installment of the The Real Housewives series. One of the original housewives, her co-stars included Alex McCord, Jill Zarin, Bethenny Frankel, and Ramona Singer. Premiered on television that spring, the show quickly proved to be as successful as its predecessors. Of course, it had also worked to bring Lesseps to the spotlight.

Her television debut, the show remains to be the greatest highlight of her career to date. A cast member since the show’s inception, the countess has been starring in the series for nine years and counting- though she was temporarily demoted to being a “friend” in 2014 for a brief period, due to not living in New York at the time. Most recently, she starred in the ninth season, which premiered on April 5, 2017; after a 22-episode run, it wrapped up on August 30, 2017.

What is her salary for starring in the reality TV series? While the exact figure has not been disclosed to the public (unfortunately), it’s no secret that Lesseps, alongside a few other co-stars, have been negotiating higher contracts with the network. For now, it’s probably safe to say that she receives a few thousands of dollars per episode of the Bravo reality series.

Aside from her Bravo gig, she has several over projects; for example, she has appeared as an actress in the TV series, Eden (2011), Law & Order (2011), and Difficult People (2016). According to IMDb, she will also be making her movie debut in the upcoming title, Mother of All Secrets, which is currently in post-production.

What else has she been involved with? Believe it or not, she is also a singer. Over the last few years, Lesseps has released three singles including, Girl Code, and Chic, C’est la Vie. While she hasn’t put forth any new songs since 2015, she has expressed interest in resuming her singing career in the near future.

On top of all that, she is also an author and businesswoman. In 2009, she released her first non-book through Gotham Books. Earlier this fall, Lesseps also unveiled her Countess Collection bedding line in over 1,000 stores across the country. According to her official website, she is currently working on launching a jewelry line.

To sum everything up, it’s obvious that a considerable chunk of her current wealth comes from her being on RHONYC. On top of what she receives from that, she has her other endeavors such as her bedding line, books, and singles. If anything, her divorce from Alexandre De Lesseps had also yielded her some amount of money.

As far as we know, she is currently single. Up until August 2017 however, Lesseps had been together with her ex, Tom Dagostino Jr. (the two had tied the knot in late 2016).

Previously, the reality star had been in a relationship with her first husband, Alexandre from Paris, France for over two decades. Following his alleged affair with Kemeria Abajobir Abajifar, the two divorced in 2009.

Does Luann Have Any Children?

Luann de Lesseps has a daughter and son with Alexandre, Noel and Victoria (the latter made the headlines earlier this year after being arrested for a DWI).

Considering the fact that she used to be a licensed nurse practitioner in Connecticut, she most likely went to college for a nursing degree. At this time, the exacts of her college education however, have not been revealed.

What is Luan de Lesseps Famous For?

Luann de Lesseps is famous for being one of the main cast members of Bravo’s RHONYC. As of 2017, she has been on the television series for nine years (and counting).

Luann de Lesseps currently resides in New York (if her being on RHONYC didn’t give it away).

In 2014, she purchased a lavish home in Bridgehampton for an alleged $9.45 million. A nineteenth-century home, the estate boasted 6,500 square feet of real estate as well as a brilliant water view.

What Kind of Vehicle Does Luan de Lesseps Drive?

We do not have details on what vehicle she currently drives.

How Much Money Did Luan de Lesseps Earn Last Year?

As already mentioned, the countess recently starred in the ninth season of Housewives of NYC, which had wrapped up earlier this summer. As of September 2017, Bravo has sent a new contract to all of the cast members, including Lesseps, for the tenth season. In terms of other television appearances, she had also been a guest on the shows, Watch What Happens: Live, and Access Hollywood Live.

As far as acting goes, she had also filmed for a thriller movie, Mother of All Secrets, which takes place in Bermuda, in February 2017. Starring Kate Mansi and Kelly McGillis, it is currently in the post-production stages; no release date has been revealed so far.