DBPower RD-810 Portable Projector Review: A Quality Projector For Less Than A TV? 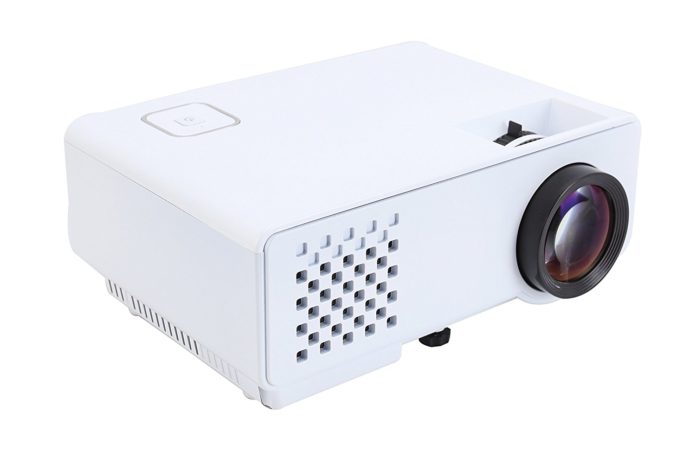 For many, the idea of using a projector instead of a TV is an attractive one, but is also prohibitively expensive. In fact, I myself was looking for projectors earlier this year to not just replace a television, but also to work as a monitor for a new gaming computer, only to find one to my liking would cost me more than the computer itself. Months after having given up on my own search, it appears fate has given me a chance at redemption, as I have recently been looking into the DBPower RD-810, a projector for the low of $70. But with that low price, can it be trusted? Let’s find out. 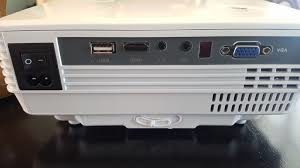 So, I know what you’re probably thinking, because it was what I thought too. A projector for $70? This thing probably has one HDMI port, 480p resolution and can break apart if you sneeze in its general direction. Luckily for me, that assumption was dead wrong. Coming out of the box, this rather well manufactured (read: sturdy) projector has more than just an HDMI port (though it does have one). Other ports for this device include a USB port, a headphone jack, an AV jack, one IR port, and one VGA port. Now, I will be the first to admit that the headphone jack seemed a bit confusing as I took this device out of the box, but later saw pretty great reason for it.

While the DBPower isn’t the cream of the crop for connectivity, it’s certainly not at the bottom of the barrel either. How does it stack up in terms of other stats? 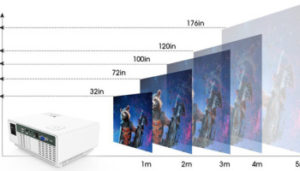 Well, let’s take a look at image quality, brightness, and resolution. So, on my normal gaming monitor, I’m used to a resolution of 1920×1280 on a 24 inch screen, which allows for crisp images and for videos or videogames to run at 1080p without issue. Unfortunately, the RD-810 couldn’t quite live up to that. The projector has a native resolution of 800×480, which is a noticeable step down from what is standard, especially when expanding the projected image to around 150 inches (albeit I could only manage about 120 in my apartment, but the point stands). There is the capability to still run up to 1920×1080 resolution, but this would prove to be a problem for my PC, and turning it down to 1024×768 appeared to have helped, so I would count that as the real upper limit of the device. That’s certainly not bad, and can make for a great gaming or movie screen at that size, but also not exactly what’s promised on the tin.

Now, in terms of brightness, like many projectors, this one is going to need some help in terms of visibility. At 1200 Lumen, it will get hard to see if you have open windows, or a bright lamp nearby which just so happens to be pointing at nearly the center of the screen from across the room. However, if you have the shades down and don’t make the same stupid mistake I did, it’s adequate for most scenarios. As an added bonus, such lighting can also properly set the mood. Testing this projector while playing Fallout 4, I had for the first time in a long time been legitimately spooked when a ghoul leaped from the upper floor of a building almost directly onto me, which was probably equal parts due to the dark room and a close up at 120 inches. As a final note, I was rather impressed during set up that DBPower decided to keep a rectangular correction feature, as it really turned the projector into a true screen as opposed to a somewhat awkward view.

With video out of the way, let’s take a quick look, or rather listen, to the audio quality and options. As mentioned before, fhere is both a headphone and AV ports, and I ended up finding the headphone port much more useful out of the two. Now, I am currently at the point in my life that I can’t really afford a Bose sound system (yet) but I have had a pair of V-Moda headphones for several years, which worked incredibly well alongside the projector in true plug and play fashion. In regards to the full speaker system I do have though, I encountered a slight problem when trying to get the audio to feed over USB, though was eventually successful. At this point I should mention that this device for some reason does not support Dolby audio, so if you’re playing anything that has it as standard, disabling it and then using standard audio settings will save you quite the headache.

Overall, is this the Ferrari of Projectors? No, most certainly not. But for it’s price, it’s dollar for dollar one of the best deals you can get for a solid machine that can give you 150 inches of entertainment.

In closing, the DBPower RD-810 is much like a featherweight boxer. It’s light, good at what it does, requires less of a payout and while probably not as flashy as the heavyweights (and shouldn’t be put in the ring with them) every ounce of it is dedicated to getting the job done. I can say that maybe I was a little too hopeful starting out as I have been introduced to higher end projectors well before this review, and did find myself unfairly judging this device from time to time. What should be kept in mind is that at its maximum size, you’re paying less than 55 cents an inch for screens. And let’s face it, I’ve had to purchase textbooks for over 4 times this price over this semester, and they didn’t have one single port to them, nor were they likely to be used nearly as long as this projector. In terms of an official score, I’d give the DBPower Projector an 8.5/10 for being an entry level, easy to use projection system that might just make someone’s Christmas this year.

To take advantage of all the current discounts available at Amazon.com Click Here!

To learn more about DBPower check out the links below: