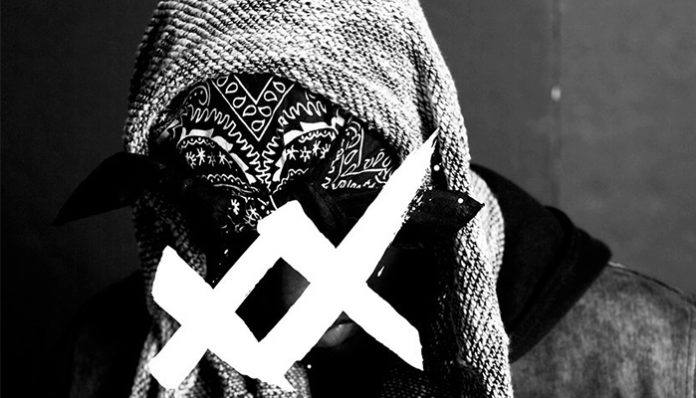 Hailing from New York, NexXthursday has steadily been making a name for himself in the hip-hop scene over the past few months. A singer, producer, and songwriter, he made decent waves with his single, Sway, which featured guest appearances from Quavo and Lil Yachty. To date, it remains to be his most popular track with over 6.5 million plays on Youtube. Speaking of the web giant, he has already gained close to 40,000 subscribers despite being a relative newcomer. With the way things are going, we wouldn’t be surprised if this number were to continue to grow over the next little while.

Since his debut, the New Yorker has been making decent progress as a recording artist. In fact, he just recently released his debut EP, Natasha this fall. A milestone for NexxThursday, the project came with five tracks, Mrsissues, Money L$ve, FK’N Right, Sway, and G.O.O.D. A considerable hit, the EP has over a million hits on the web- a testament to his growing popularity. For those who are interested, many of his works are streamable on his Soundcloud account, NexXthursday.

Still working to build himself a fanbase, the rapper has not yet released any additional tracks. With that said, we have no doubts that he has many things planned for the future- we’ll just have to wait a little longer for now. Now for the question that we’re all curious about- how wealthy is NexXthursday? How much has he managed to make from his music career so far? Unfortunately, this information is not yet available to us for his net worth is still under review as we speak. While that may be the case, however, let us take a closer look at what he’s managed to put forth so far anyway.

How did NexXthursday Make His Money & Wealth?

Born in New York, NexXthursday recently emerged in the LA hip-hop scene earlier this year. Unfortunately, not much is known about his early life; in fact, much of his identity is still shrouded in mystery (his real name has not even been revealed as far as we know). For now, our best guess is that he recently moved to Los Angeles for his burgeoning music career.

This summer, the rapper introduced himself to the world with the single, Sway. Released on July 14, 2017, the track featured guest appearances from both Quavo and Lil Yachty. Produced by CashMoneyAP, it had actually come to be in his head while he was at a club in New York, according to a comment by the artist on Genius. Based on what was happening there at the time, the song was later posted onto Soundcloud and Youtube, where it created a significant buzz.

Recorded in less than 45 minutes, Sway originally did not feature any guest vocals. It wasn’t until after NexXthursday had posted to the song to Soundcloud and Youtube, that he thought Lil Yachty and Quavo would make great additions to the record. From there, he called them up and made it happen.

Since then, the rapper has put together an extended play dubbed, Natasha. Made available on October 20, 2017, the tracklist included five tracks, Money L$ve, G.O.O.D. Sway (Feat. Quavo & Lil yacht), FK’N Right, and Mrsissues. A follow up to his breakout single, it has since picked up tens of thousands of plays on Soundcloud (not including the streams for Sway).

Aside from his tracks and album, it’s expected that the rapper also pulls in some amount of earnings from his Youtube channel. Since he first launched his account last spring, he has amassed over 39,000 subscribers with more than 13.5 million views. As you may have guessed, his most popular video to date is that of Sway with over 6.5 million views.

So, how much has he managed to pull in from his channel? According to sources, Youtube’s payout typically ranges from $2 to $5 per 1,000 ad views, depending on various factors. Seeing as how NexXthursday has 13.5 million views, that would work out to be $10,000 to $27,000, before Google’s cut.

On top of that, it’s likely that he’ll also earn some from his upcoming concerts. Looking at his schedule now, the newcomer will be putting on over half a dozen shows in early 2018, from Houston, Texas, to Philadelphia, Pennsylvania. Should you be interested, be sure to grab your tickets!

Unfortunately, it has never been revealed whether or not NexXthursday is in a relationship. As far as we know, his dating life is still under wraps.

Does NexXthursday Have Any Children?

No, from what we can tell, he does not have any children.

Did NexXthursday Go to College?

Not much is known about the rapper’s education history- at this point, we do not even know if he has completed high school. For now, our best guess is that NexXthursday has not gone to college.

What is NexXthursday Famous For?

NexXthursday is best known for his debut single, Sway featuring Quavo and Lil Yachty. Since its release earlier this year, it has already pulled in millions of hits online.

Originally from New York, NexxThursday currently resides in Los Angeles, where he continues to produce new tracks. At this time, we do not have any further information on his residence.

Photos of NexXthursday’s home are not available at this time.

What Kind of Car Does NexXthursday Drive?

No information is available on the rapper’s car at this time.

How Much Money Did Lil West Make Last Year?

Details on NexXthursday’s 2016 earnings are unavailable at this time. Please check back later.

2017 has been a big year for the New York-based rapper. Not only has he garnered himself a considerable amount of attention with his single, Swag, but he has also dropped his debut extended record, Natasha, which contains five new tracks. At the rate that he’s churning out new songs, we can probably expect some more offerings in the near future.

Unsurprisingly, you can find him on many platforms- for instance, he’s active on Twitter and Instagram at @nexxthursday. If you’d like to stream his music, you can also find him on Soundcloud under the same username.