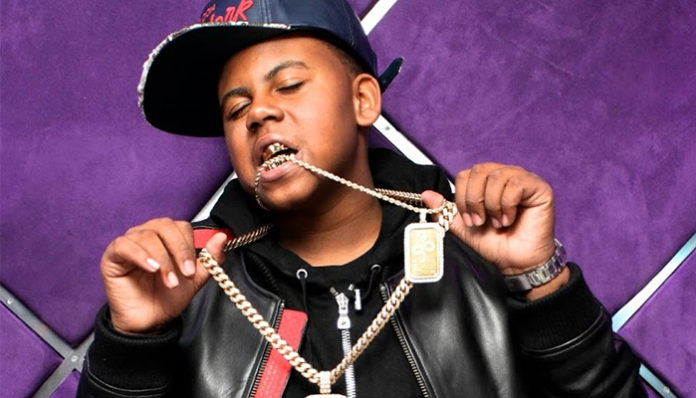 A hip-hop artist from New York, Bay Swag had dreamt of embarking on a music career ever since he was young. Influenced by his father, who was also a musician, he eventually began to rap in his mid-teens. Delving deeper into the hobby, he soon befriended Christian Combs, a fellow rapper whom he has since collaborated with a handful of times. By 2016, he had formed his own production company, through which he’s gone on to release a number of projects. For instance, he dropped his debut mixtape, Leader of the New School later that year.

Since then, the rapper has released a number of tracks including For Cheap, and I’m The Man, both of which have been streamed thousands of times online. Like most artists, he has also done many collaborations with acts such as May Baun, Beach Boy Nino, Boy Baun, Leigh Paris, and Thank God. Of course, there’s also the songs that he’s released with his close friend, King Combs. Most recently this fall, Bay Swag came out with the single, The Pressure, which is a joint venture with Jesus Honcho. An active user on Soundcloud, the teen has already earned himself a few thousand followers on the audio platform.

With all that said, how successful has the rapper’s career been so far? How much money has he managed to make from his music endeavors? Unfortunately for us curious fans, his net worth is currently still under review. While that may be unavailable at the moment, however, nothing’s stopping us from checking out his accomplishments so far. So without further ado, let’s dive into Bay Swag’s rap career.

How did Bay Swag Make His Money & Wealth?

Born on November 26, 1999, Bay Swag aspired to become a musician since he was a young child. Raised by his parents in Queens, New York, he listened to many well-known artists growing up including Jadakiss, Biggie Smalls, Jay-Z, Juelz Santa, and Meek Mill, to name a few. By the time he was in his teens, he decided to get involved with the hobby himself.

At the age of sixteen, Bay Swag met and befriended P. Diddy’s son, Christian Combs, who also happened to be a fellow rapper. Quickly bonding over their mutual interests, they eventually formed a music group together called CYN. Since then, the two likely minded individuals have collaborated on many occasions; for instance, they had worked together on the song, Type Different, which has since been viewed over 600,000 times on Youtube.

Continuing to make himself known in the industry, the teen created his own production company, Swiggity Swag Productions in 2016. Later that same year, he released his debut mixtape, Leader of the New School, which gained attention from fellow artists and fans. Featuring Famous Dex, Quiz, LouGotCash, and Boy Baun, it contained over a dozen tracks including, Been Through It, Real Shit, Lifestyle Different, How To Do This, I’m The Man and Promo Chick.

What has he offered since? Earlier this fall, he teamed up with Jesus Honcho on the song, The Pressure. Made available on September 25, 2017, it has already been played over 23,000 times on Soundcloud alone. Some of his other recent releases include Rumors, Halftime, Cus I’m Rich, 100 On My Neck, and Wraith, most of which see Bay Swag as a featured artist.

As mentioned earlier, it’s still relatively difficult to determine how much the rapper has earned from record sales at this point. Assuming that he does pull in some earnings, however, it would be supplemented by what he makes from Youtube, more specifically from ad revenue. Since he first launched his channel in 2015, Bay Swag has accumulated over a thousand subscribers, with more than 216,000 views; slowly, but surely, these numbers have been growing with time. Given that he receives a couple of dollars per 1,000 ad views it probably wouldn’t be off to say that he’s made a few hundred bucks from his videos so far.

With time, it’s likely that Bay Swag will also start to put on concerts and performances, all of which will add on to his overall net worth.

Not much has ever been disclosed about Bay Swag’s personal life- not surprising considering he’s still relatively new to the music industry. For now, it should be safe to assume that the rapper is single.

Does Bay Swag Have Any Children?

No, as far as we know, Bay Swag does not have any children.

Did Bay Swag Go to College?

Much like his dating life, not much is known about his education history. For all we know, he could have gone to college- though it’s unlikely considering how he’s been pouring much of his time into creating music at the studio.

What is Bay Swag Famous For?

Bay Swag is perhaps best known for the track, Type Different, his collaboration with King Combs that came out this summer. Some of his other popular hits include, For Cheap, I’m The Man and The Pressure.

Where Does Bay Swag Live? Pictures of Bay Swag’s House

Bay Swag currently lives in his hometown in Queens, New York. We do not have any additional information on his location at this time.

What Kind of Car Does Bay Swag Drive?

At this time, we do not have any information on Bay Swag’s vehicle.

How Much Money Did Bay Swag Make Last Year?

We do not have any information on Bay Swag’s 2016 earnings at this time.

On September 25, 2017, the New Yorker dropped a new single titled, The Pressure, with fellow rapper, Jesus Honcho. Since its release, the track has already racked up hundreds of thousands of streams on the web. Some of his other recent releases include Type Different, Wake up ’n’ Get It, and Half Time.

Interested in following him on Soundcloud? You can find the rapper at @bay_swag on the audio sharing platform. In addition to that, he is also active on Twitter and Instagram at  @bay_Swag.