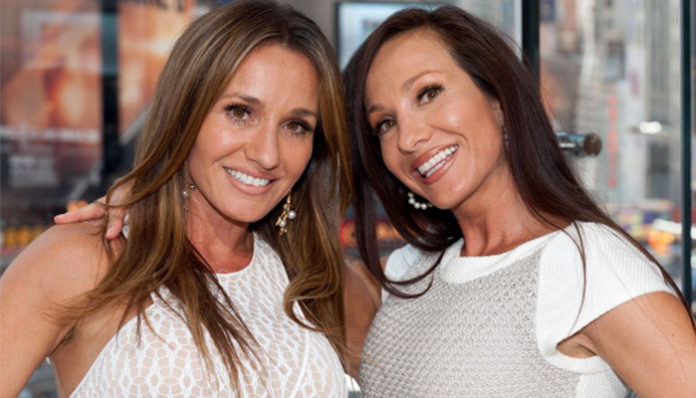 A reality star, Teresa Aprea rose to prominence in the sixth season of Bravo’s The Real Housewives of New Jersey. One half of a set of twins, she is extremely close to her twin sister, Nicole (who has made several appearances on the TV show). Born and raised in NJ, she owns two restaurants with her husband, Angelo’s of Mulberry Street and Ponte Vecchio (the latter of which they acquired four years ago), both of which she helps out at regularly.

In 2014, the brunette landed a big role in Bravo’s reality series, The Real Housewives of New Jersey. Making her debut in the sixth season, the show followed her personal and professional lives over the course of a few months. Some of her co-stars included Dina Manzo and Teresa Giudice, a couple of which had joined the show at the same time. Following the end of the season in the fall of 2014, it was announced that she would not be returning as a main cast member in season seven; instead, she would just appear in a few episodes as a ‘guest.’

Not long after making her debut in The Real Housewives of New Jersey, Aprea found herself invited onto talk shows such as Today, and The Insider in 2014. The following year, she also made a brief appearance in the series, Teresa Checks In (2015). As far as we know, she has not expressed any desire in pursuing an acting career.

How much did the New Jersey resident receive from the network for starring on RHONJ? How wealthy is the brunette? According to sources, she currently has an estimated net worth of $10 million, as of 2017. Where did she earn most of this fortune from? Hopefully, we’ll be able to answer these questions for you below.

How did Teresa Aprea Make Her Money & Wealth?

Born on September 4, 1969, in New Jersey, Teresa Aprea has a twin sister named Nicole, whom she is extremely close with. Growing up, they have always been best friends. Unfortunately, not much is known about her early life at this time.

In 1991, she married her husband Rino Aprea, a restauranteur. Years later, the couple welcomed a son named Giovanni into the family. As it happened, however, issues soon arose in the marriage, which led them to get a divorce. Interestingly enough, however, the two eventually patched things up over the next several years. Over a decade after their first wedding, they got married to each other again in their home in 2010.

In 2014, Aprea found herself on reality TV- more specifically as a housewife on Bravo’s The Real Housewives of New Jersey. Joining the rest of the cast members in the sixth season, her co-stars included Nicole Napolitano, Amber Marchese, Melissa Gorge, among a few others. For a five-month period, her life was followed in the series. From there, she appeared as a guest in the subsequent season, before leaving the franchise for good.

What was her salary on RHONJ? According to various sources, Aprea, being one of the new cast members, was paid $60,000 for the season (as opposed to the ~$100,000 that the ‘veteran housewives’ made).

What other sources of income does she have? Well, for one thing, her husband owns two award-winning restaurants- Angelo’s of Mulberry Street (a family-owned restaurant that was established in the early 1900’s) in New York City and Ponte Vecchio (recently acquired by the couple a few years ago) in Bay Ridge. With how popular the two locations are, it’s probably safe to assume that most of her wealth came from the success of the businesses. To this day, she regularly helps out her husband in the eateries.

To conclude, there’s no doubt that Teresa Aprea is an incredibly accomplished woman. Aside from having starred in RHONJ, she also owns two successful, businesses with her husband, Runo Aprea. Needless to say, she has several streams of income. No wonder her net worth is all the way up in the millions!

Yes, the reality star has been married to her husband, Rino Aprea for seven years since 2010. Funny enough, they had been married once before in 1999 (some eventual issues led to their divorce).

As mentioned above, the pair currently run two restaurants together, Angelo’s of Mulberry Street and Ponte Vecchio.

Does Teresa Aprea Have Any Children?

Yes, she and her husband have a son named Giovanni, who is currently eighteen years old.

Did Teresa Aprea Go to College?

As far as we know, Teresa Aprea has not gone to college. With that said, not much if anything at all, has been revealed about her education history.

What is Teresa Area Famous For?

Teresa Aprea rose to fame in the sixth season of Bravo’s The Real Housewives of New Jersey series. Since she left the show in November 2014, she has returned for a few guest appearances.

While her house has been featured in the reality series, we do not have any pictures of the property to share here at this time.

What Kind of Vehicle Does Teresa Aprea Drive?

We do not have details on what vehicle Teresa Area currently drives.

How Much Money Did Teresa Aprea Earn Last Year?

Following the seventh season, the brunette has not returned to the Bravo series. In fact, she has not appeared on television since her last guest appearance in 2016. What has she been up to?

It’s not too hard of a question actually; the owners of two restaurants, it’s inevitable that the businesses take up a good chunk of her time. With that said, she doesn’t let it get in her way of traveling- one of her greatest passions.

If you’d like to stay in touch with the former reality star, you can follow her on social media. Luckily for us fans, she’s active on a few platforms including Twitter (@teresaa_RHONJ) and Instagram (@teresaaprea).