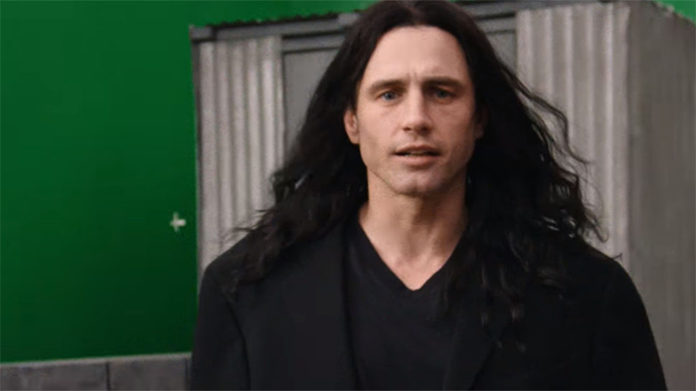 An actor and filmmaker, Tommy Wiseau is perhaps best known for having directed the indie film, The Room (2003). Originally from Europe (according to an interview with Jimmy Kimmel), he worked several odd jobs in the San Francisco Bay area, before getting involved with filmmaking in the early 2000’s. In 2003, he came into the public eye for the aforementioned movie, The Room, which he directed, produced and starred in. Despite his best efforts, however, it ultimately ended up as a huge flop. Produced on a budget of $6 million, it only managed to gross $1,800 at the box office.

Since then, Wiseau has not directed any other films. With that said, however, he remains involved, having appeared in several titles over the past few years. For instance, he starred in the short films, The House That Drips Blood on Alex (2010), and Bump (2011). In 2015, he also played a supporting role in the movie, Samurai Cop 2: Deadly Vengeance (2015). What else has he been busy with? In the recent years, he has also been working on The Neighbors, a sitcom that happens to be his first creative excursion since The Room. Created and written by the actor himself, it premiered on Hulu in March 2015.

With all the credits that he has to his name, how successful is he? How profitable has his work been? How much has he made from his acting ventures? His other projects? According to various sources, Tommy Wiseau currently has an estimated net worth of $500,000. Where did the bulk of this amount come from? We’ll be trying to discuss all of these questions below, so be sure to keep in reading!

How did Tommy Wiseau Make His Money & Wealth?

Born on October 3, 1955, in Poznan, Poland, Tommy Wiseau had always been secretive about his early life. Going by what he’s said in previous interviews, he spent a good amount of years in France, before moving to New Orleans, Louisiana. In a recent interview with Howard Stern, he claims to be able to speak fluent French- though this has not been officially confirmed.

Delving a little deeper into what we mentioned above, he is said to have lived in Strasbourg, France, under the name “Pierre” as a young adult. According to his friend Greg Sestero, he worked there as a dishwasher for a few years, prior to being wrongfully arrested in association to a drug deal. Traumatized by his time with the French Police, he eventually decided to emigrate to the United States, where he stayed with his uncle and aunt.

Following his arrival in the United States, he is said to have worked a number of odd jobs in the Bay Area, including as a hospital worker and as a restaurant busboy. At one point, Wiseau even ran a business that sold irregular jeans. But that didn’t earn him much; according to various sources, it was his subsequent purchasing and renting out of large retail spaces in Los Angeles and San Francisco that made him a wealthy man. In fact, he became wealthy so fast that Sestero even had difficulty believing in his claims.

Though details are a bit hazy, it’s known that Wiseau was involved in a near-fatal car crash sometime in the early 2000’s. Ultimately, Sister suggests that it was this incident that led him to pursue his life-long dream of becoming a director and acting, something that he had pushed aside for many years.

Influenced by Marlon Brando, James Dean, Orson Welles, and Elizabeth Taylor, among others, he eventually put together The Room in 2003. A romance story, the plot revolved around a melodramatic love triangle between a banker, his wife, and his best friend. While Wiseau himself played the part of the banker, Greg Sister and Juliette Danielle, portrayed the roles of his best friend and his wife respectively.

Released on June 27, 2003, The Room received an overwhelming amount of negative reviews for its production, dialogue, screenplay, and acting. Despite Wiseau’s efforts, it eventually went on to earn the title of being “one of the worst films ever made” according to a number of publications. To put things into perspective, it currently holds a score of 26% on Rotten Tomatoes.

Based on an unpublished novel by Wiseau himself, The Room had been produced on a budget of $6 million (interestingly enough, the source of these funds have never been revealed). A box office bomb, the film only managed to gross $1,800 from its limited amount of theatre screenings.

A year after the film’s release, Wiseau put together a documentary titled, Homeless in America. From there, he took a break before returning in the sketch comedy series, Tim and Eric Awesome Show, Great Job! (which he also directed) in 2009.

Over the next few years, the actor participated in a couple of short films, The House That Drips Blood on Alex (2010), and Bump (2011). Around that same time, he also received his own shows, The Tommy Wi-Show (2011), Tommy Explains it All (2011), and Tommy Wiseau Wishes YOU a Happy Memorial Day (2013). Naturally, he would have yielded some degree of earnings from said titles.

Since 2014, The Room creator has been starring in the sitcom, The Neighbors, his first creative excursion since 2003. Set in an apartment building, the plot centers around the lives of various tenants and their relationship with the manager, who is portrayed by Wiseau. So far, six episodes have been released on Hulu.

As far as we know, Tommy Wiseau has not been married, nor is he in a relationship.

Does Tommy Wiseau Have Any Children?

Tommy Wiseau does not have any children as far as we can tell.

Did Tommy Wiseau Go to College?

Not much is known about Tommy Wiseau’s education history at this time.

What is Tommy Wiseau Famous For?

Tommy Wiseau is best known for having created the independent film, The Room (2003). Unfortunately, it was not only a disappointment at the box office, but it has also received the title of being “one of the worst movies made.”

Tommy Wiseau has not disclosed any details on his location. For now, it’s unclear where exactly he lives

No pictures of the actor’s house are available at this time.

What Kind of Car Does Tommy Wiseau Drive?

At this time, we do not have any information on Tommy Wiseau’s vehicle.

How Much Money Did Tommy Wiseau Make Last Year?

We do not have any information on Tommy Wiseau’s 2016 earnings at this time.

Fast forward to 2017, he has appeared in a few films over the past months, including the comedy thriller, Best F(r)iends, which also stars Kristen StephensonPino and Greg Sister, the latter of whom worked with him on The Room. In addition to that, he had also starred in the recent biographical film, The Disaster Artist. According to his IMDb page, he has two upcoming projects for 2018- the films, Planned, Exploited & Blacklisted, and Best F(r)pends: Volume Two.

As far as television appearances go, Wiseau has also appeared on several shows including Film Discussions, and more recently on, Jimmy Kimmel Live!

If you’d like to stay up to date with the actor/filmmaker, you can follow him on multiple social media platforms including Twitter (@tommywiseau) and Instagram (@tommywiseau). While you’re at it, you may also want to visit his official Facebook page at @TommyWiseau.