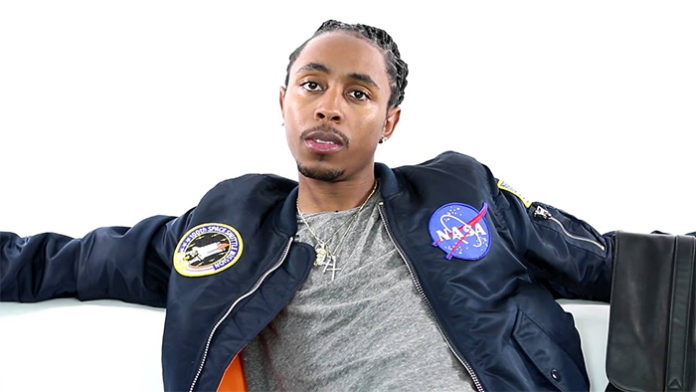 An R&B artist from Georgia, TK Kravitz began working on his debut in the summer of 2016. The fruition of his work, TK Kravitz eventually came out later that year. A solid release, it spawned many of his popular tracks including, BAE AF, No Mind, Don’t Mind Me, and Lay Up. In between then and now, the rapper has collaborated with numerous acts such as Young Scooter, HoodRich Pablo Juan, Kirko Bangz, Peewee Longway, and Lil Baby, to name a few. On Soundcloud, he’s already got himself a few thousand fans tuning into his work.

While he hasn’t dropped any new albums since his debut project, he has churned out a few tracks. For instance, he recently released the single, Space, featuring Sexton in April 2017. One of his most popular works to date, the official MV has since become his most-viewed video on Youtube, with close to 5 million streams. If anything, his popularity has been rising at an astonishing rate over the past few months, thanks to the success of the song. Speaking of Youtube, his channel has already received more than 5.6 million views since its launch in 2015. At the rate that his presence is growing, he’ll be a major player in the rap scene within no time at all.

With all that said, how much has TK Kravitz managed to make from his music career so far? Is rap as lucrative as it seems? How wealthy is the artist? Unfortunately, while it’s obvious that he’s going places as a recording artist, his net worth is currently not yet available. For now, let’s take a closer look to see what he’s managed to accomplish since his debut.

How did TK Kravitz Make His Money & Wealth?

Born in Augusta, Georgia, TK Kravitz (Real Name: Tevin Thompson) has been a natural performer ever since he was young. Unfortunately, like most newcomers, however, not much information is available on his early life. Having said that, we do know that he was a former member of TK-N-Cash, an Atlanta-based music duo who had released a mixtape back in 2014 through the Reckless Republic. Prior to making his big debut in 2016, he contributed to the tracks of Juicy J, Flo Rida, and Trey Songs, among others.

Finally, in the summer of 2016, he began to work on his eponymous debut EP, TK Kravitz. Laced with 11 tracks, the extended play also featured appearances from one of the most popular artists in the industry such as Rich The Kid, Def Loan, Ty Dolla Sign, and more. Produced by Go Grizzly, and 808 Mafia, among others, it gave rise to many popular hits including, No Mind, Don’t Mind Me, Right Now, BAE AF, and Lay Up.

Since then, TK Kravitz has put together a new single titled, Space. Featuring Sexton, the song has since become his most popular piece of work, with nearly 5 million views on Youtube. On Soundcloud, one of the other platforms that he is active on, it has also been streamed over 1.5 million times. Thanks to the popularity of the track, his popularity has been on the rise over the past few months.

Aside from the above projects, the rapper has also landed himself many collaborations. For instance, he has worked with Nebu Kiniza, Lil Durk, Young Scooter, Marlo, Varlo, Jevon Doe, among others. Some of the said songs include Time After Time, Ran Out, What If, I Just Got Paid, and Used to Ballin’.

The way things are, TK Kravitz has most likely earned a decent sum from his singles. On top of that, however, he has other things going for him such as his concert performances. Since this summer, the rapper has put on a number of shows across the United States from his native Atlanta to Virginia. In fact, he still as an upcoming show left this December at the Fox Theatre in Oakland, California. Be sure to grab your tickets if you’re interested in attending the event!

As far as alternative sources go, it’s likely that his Youtube channel also pulls in some amount from Google Ads. As of 2017, TK Kravitz has received over 5.6 million views across his uploads; given that the site pays him a couple of dollars per 1,000 ad views, that would easily translate to a few thousand dollars in earnings.

As far as we know, TK Kravitz is not married. In fact, not much if anything at all is known about his dating life.

Does TK Kravitz Have Any Children?

No, as far as we know, TK Kravitz does not have any children.

Did TK Kravitz Go to College?

At this time, not much is known about TK Kravitz’s education history. It’s unclear whether or not the rapper has completed high school and if so, where.

What is TK Kravitz Famous For?

TK Kravitz recently garnered attention for his new single, Space, which has since been played close to five million times on Youtube. His debut mixtape, TK Kravitz was released in 2016.

Where Does TK Kravitz Live? Pictures of TK Kravitz’s House

TK Kravitz currently resides in his hometown in Augusta, Georgia. Not much else is known about his residence.

Unfortunately, we do not have any pictures of his’s house to share with readers at this time.

What Kind of Car Does TK Kravitz Drive?

At this time, we do not have any information on TK Kravitz’s vehicle.

How Much Money Did TK Kravitz Make Last Year?

We do not have any information on TK Kravitz’s 2016 earnings at this time.

His latest release, Space has created a significant amount of buzz in the hip hop scene this year. Some of his other songs from 2017 include guest appearances in What If, Coastin’, Pablo Kravitz, and I Just Wanna Know, among others. If you want to stay up to date with his newest works, it might be a good idea to follow him on Soundcloud- you can find him on the audio streaming site at @tkkravitz.