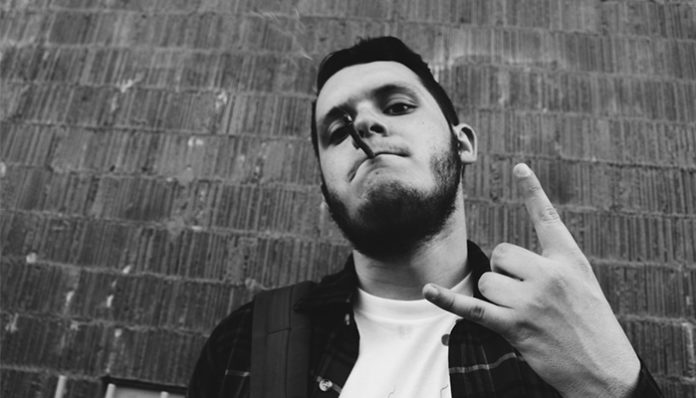 Hailing from California, Nicky D’s recently come to public attention with his 90’s inspired project, The Grey Area. Involved with music since his teens, one of his earliest appearances included a feature in Marcus Moody’s Tried to Tell Em in 2012. Steadily climbing up the ranks, he has also collaborated with Lil Yachty, Young Thug, Marcus Black, and DJ Kay Slay, to name few. In 2013, he had dropped his debut album, The Grey Area, which earned him a significant amount of recognition. To this day, it remains to be one of his more popular releases.

Since then, Nicky D’s has released several additional records, including his most recent single, House of Pain, which came out this September. Accompanied by visuals, it has already racked up over 10,000 views on Youtube. Despite the fact that he hasn’t put together any albums since 2013, he’s been making small, but steady strides with new songs. Considering that, it’s not surprising to know hat he’s already gotten himself over a thousand fans (and counting) on Soundcloud. Similarly, the rapper has also been building himself a fanbase on Youtube.

With that said, how is the twenty-something doing for himself financially? How much does he earn from his rap career? How rich is he? Unfortunately, despite our curiosity, we do not have the answer to these questions, as his net worth is still under review (not too surprising seeing as how he’s still building a name for himself out there). Since we’re here, however, let’s take a look at what he’s managed to accomplish in the past years.

How did Nicky D’s’ Make His Money & Wealth?

From Moreno Valley, California, Nicky D’s grew up listening to a variety of artists including Little Brother, Kanye West, Has, J Dilla, Jay Z, and Tupac, among others. Like many rappers, he first got into making his own music in his teen years. One of his earlier appearances was in that of Marcus Moody’s single, Tried To tell Em in 2012, which had brought him a considerable amount of attention, especially since the song was featured on many outlets.

In the fall of 2013, the MC released his debut mixtape, The Gray Area. Featuring production from Rick Hughes, the 90’s inspired project boasted ten original jams including From The Sole, Say It Right, Statement, Tell Me, and Age Ain’t Shit. Like most of his works, the tape has since been made available on Soundcloud.

Two years later Nicky D’s put together another mixtape dubbed, Trick Baby. In contrast to his 90’s themed debut, however, the playlist featured an R&B vibe- an effective showcase of his versatility. Some titles from the tape include Murphy’s Law, Imaginary Friends (Feat. Sohiala), Young California, Heisman Dreams, and Fly Away. Combined, the songs have been played tens of thousands of times online.

Fast forward to 2017 and the rapper has a new offering for fans- The Fighting Irish Vol. 1. One of his most recent drops, it sees him rapping about some of the more intimate details of his life. Featuring some classic instrumentals from Eminem and Jay Z, the tape boasts the titles Not Today, State of the Union, #1 Role Model, Fear of Fear Itself, and Reap What You Sow, among others. On Soundcloud, Fear of Fear Itself is currently the most popular with over 12,000 plays.

Since then, what has he put out? On September 22, 2017, the emcee released yet another single titled, House of Pain. Available for purchase on iTunes, an official music video has since been posted to his Youtube channel, with over 14,000 views. If anything the track has only further cemented his place in the hip-hop world.

Speaking of Youtube, he has most likely also been monetizing his channel. While he’s still in the middle of building himself a fanbase on the platform, he’s already garnered a respectable amount of views across his two accounts- over 100,000 on his Vevo channel and more than 32,000 on his personal channel. To date, his most popular upload, the visuals for New Day (Feat. Young Thug, Lil Yachty) leads with over 106,000 streams on the site. While his revenue from Youtube may be trivial now, nothing’s to say that they won’t be going up in the near future, especially as his popularity continues to climb.

With time, he may even end up going on tour across the country- something that will obviously rake in a considerable amount of extra income.

Not much if anything at all is known about Nicky D’s personal life. As far as we know, the rapper has not made any mentions of there being a partner in his life, which would lead us to the conclusion that he is currently still single.

Does Nicky D’s have any Children?

From what we can gather from our research, Nicky D’s does not have any children.

Did Nicky D’s Go to College?

Similar to his dating life, not much is known about his education history. At this time, it’s unknown whether or not Nicky D’s has completed high school or gone to college.

What is Nicky D’s Famous For?

Nicky D’s first came to the public’s attention with the release of his 2013 debut project, The Grey Area. Since then, he has also dropped the mixtapes, The Fighting Irish Vol. 1, and Trick Baby, both of which have received a considerable amount of views on Soundcloud.

Where Does Nicky D’s Live? Pictures of Nicky D’s House

Born and raised in Moreno Valley, California, Nicky D’s still resides there to this day, according to his Twitter location. That’s about all we know at this time.

What Kind of Car Does Nicky D’s Drive?

At this time, we do not have any information on Nicky D’s’ vehicle.

How Much Money Did Nicky D’s Make Last Year?

We do not have any information on Lil West’s 2016 earnings at this time.

His latest mixtape (his first multi-track project in two years), The fighting Irish Vol. 1 was released earlier this summer, as mentioned earlier. Since then, he has put out a new single titled, House of Pain on September 22, 2017. Prior to that, he had also collaborated with Lil Yachty and Young Thug on New Day, which came out in August. If you want to stay up to date with his new releases, following him on Soundcloud may be a good option.