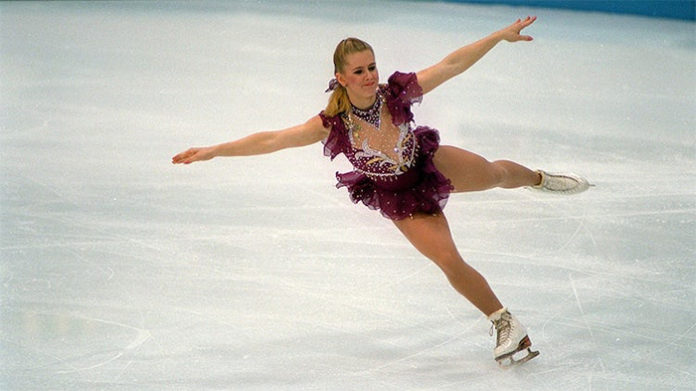 A former figure skater, Tonya Harding enjoyed a successful career in the 80’s and early 90’s. Despite her achievements, however, it came to a screeching halt in 1994, after she found herself involved in the attack of Nancy Kerrigan, one of her biggest competitors at the time. Banned from the U.S. Figure Skating Association, she retired from the sport soon afterward, which led her to disappear from the spotlight. After staying out of the radar for many years, it’s only recently that she made her return to the public eye.

Earlier this year, she appeared in an episode of The Jury Speaks. Perhaps even more exciting, is the fact that a biographic film titled, I, Tonya, will be coming out later this year. As its name implies, the movie will center around her professional skating career in the 80’s and early 90’s. While Harding herself will not be making an appearance in the production, her character will be portrayed by actress Margot Robbie. According to IMDb, she will also be making a cameo in an upcoming comedy series called, Bad Signs, starring Meredith Adelaide, Zacharia, and Ron Jeremy.

Obviously, the moment she pleaded guilty to the attack on Nancy Kerrigan, her life changed entirely. Following the incident, she allegedly lived a quiet life in Washington, where she managed to stay out of the public eye. With all that’s gone on, one has to wonder- how is the former figure skater doing for herself nowadays? What career opportunities has she pursued since she infamous attack? How wealthy is she now? According to various sources, Tonya Harding currently has an estimated net worth of $30,000 as of 2017. With her recent appearances on the media, however, it’s possible that it will climb up over the next year.

For now, let’s take a look at what she had managed to achieve during her prime years.

How did Tonya Harding Make His Money & Wealth?

Born and raised in Portland, Oregon, Tonya Harding began skating at the age of three. Growing up, however, her childhood was troubled; it was not uncommon for her mother to both physically and mentally abuse her at home. Despite this, she shined at the ice rink, where she worked to hone and develop new skills as a figure skater. By the time she was in her teens, she had made her way up to the competitive ladder, which led her to participate in various championships across the United States.

At the age of sixteen, she placed sixth during her debut at the U.S. Figure Skating Championships. From there, she eventually made the podium in 1989, having finished in third place. Later that same year, she won at Skate America, which made her a strong contender for the 1990 Figure Skating Championships. Unfortunately, however, bad timing and luck led her to suffer from both asthma and the flu during her free skate, which resulted in a subpar score.

In spite of the downfall, Harding received a breakthrough in 1991 after landing her first triple axel in competition. On a roll, she eventually went on to become the first woman to complete two triple axels, as well as a triple axel, double toe loop combination at Skate America. Despite such stellar performances, however, her results gradually began to decline, as she was unable to replicate said moves in subsequent competitions. In 1992, she finished in fourth place at the Winter Olympics held in Albertville, France.

Two years later, she was selected to be a part of Team USA for the 1994 Winter Olympics to be held in Lillehammer, Norway. As it happened, however, one of their main competitors, Nancy Kerrigan fell victim to an attack, which led her unable to compete in the championships. Following a police investigation, it was concluded that the incident was caused by Harding’s ex-husband, Jeff Gillooly. Much to the shock of everyone, however, Harding herself was also allegedly involved in the attack.

Eventually pleading guilty in court, she received three years of probation, as well as a hefty fine. The most notable consequence of all, however, is the fact that she was subsequently banned for life from the US Figure Skating Association- this effectively ended her professional career on the rink.

How much did she make back during her prime days, prior to the incident? Despite the training and time that is involved in the sport, figure skating is, unfortunately, not as lucrative as some may believe. In fact, it’s not uncommon for a competitive athlete to pour more money into their coaching. For this reason, we are unable to determine her wealth at that time.

Tonya Harding has been married three times. From 1990 to 1993, she was together with her first husband, Jeff Gillooly, the same man who was involved in the attack of Nancy Kerrigan. Following the incident, she married Michael Smith in 1995, with whom she stayed with for a year.

Since 2010, the former figure skater has been married to Joseph Jens Price.

Does Tonya Harding Have Any Children?

Tonya Harding has a child with her current husband, a son named Gordon who was born in early 2011.

Did Tonya Harding Go to College?

As far as we know, Tonya Harding did not pursue higher education- her training schedule simply did not allow it at the time.

What is Tonya Harding Famous For?

A former Olympian Champion, Tonya Harding is perhaps best known for being involved in the infamous attack of Nancy Kerrigan in 1994 (which ultimately ended her professional career). Following the incident, she stayed out of the spotlight for many years.

Tonya Harding currently resides with her husband in Washington. We do not have any further information or photos of her house at this time.

What Kind of Car Does Tonya Harding Drive?

At this time, we do not have any information on Tonya Harding’s vehicle.

How Much Money Did Tonya Harding Make Last Year?

We do not have any information on Tonya Harding’s 2016 earnings at this time.

After many years of living a quiet life, Harding recently made her return to the spotlight in 2017. For one thing, her skating career will be chronicled in the biographical film, I, Tonya, which is set to premiere on December 8, 2017. While she herself will not be appearing in the movie, her role will be portrayed by Margot Robbie. In addition, it will also star Sebastian Stan, Bobby Cannavale, Julianne Nicholson, and Allison Janney.

Should you want to follow the former skater on social media, you can find her on Twitter at @thetonyaharding.