Lisa Wu is perhaps most famous for her to season stand on the Real Housewives of Atlanta. She was one of the original cast members. It’s been slightly less than a decade since she left the show, and since then she’s still been keeping herself busy. From doing theater in Atlanta Georgia to acting in a 2013 Vince Vaughn movie, Lisa Wu is still at least partially in the limelight.

How Did Lisa Wu make their money & wealth

Lisa was born on January 23, 1973, in California. She was born to an African father and a Chinese mother. Lisa has three brothers and sisters who grew up with her in Inglewood, which is a suburb of Los Angeles California. Before she got on to the Real Housewives of Atlanta, Lisa performed as a backup dancer for various rap groups such as Public Enemy. She toured with the artists and even opened shows for some of them.

Lisa actually joined a rap group herself called 19. That group ended up getting studio sessions with various executives from music labels. Instead of taking a record deal that was offered to them, Lisa ended up in a different direction. She found the church.

She may have left the entertainment industry, but it didn’t leave her. When she wrote a gospel stage play called A Change Is Gon’ Come, it ended up being directed by then unknown Tyler Perry. She hosted and produced a show called the industry which ended up airing on UPN. Lisa worked on an independent movie called Blackball in 2003, which she starred in, wrote and produced.

Lisa was one of the original stars of the real housewives of Atlanta. She had a starring role in seasons one and two and ended up being a guest on season three. She was described in a Jezebel article at the time as the “sensible” one of the Housewives. Fans of the show knew Lisa to be an entrepreneur who had her own lines of clothing, baby items, and jewelry. She also was a real estate professional. During the course of the show, Lisa Wu ended up filing for bankruptcy as a result of a lawsuit by her first ex-husband, Keith Sweat. That lawsuit was over Keith’s financing of the movie Blackball. He gave her a loan of $150,000, and that was an investment that he wanted back.

Lisa Wu did not stop being in the entertainment industry after her departure from Real Housewives of Atlanta. She has kept her entrepreneurial spirit. She helped to write a work of fiction called When The Cake is Made. That book was released on November 1st, 2010. It is still available in a Kindle format. The book has 4.1 stars on both Goodreads and Amazon, which is pretty impressive for a previously unpublished author. She has two more writing projects on the way – a children’s book series called Sydney’s Adventures, as well as a self-help book called “Evolve.” In the latter, Lisa draws on her own experiences and life trials to advise others.

In addition, Lisa has reinstituted her acting career. She’s appeared in a number of different movies such as Envy or Greed, Must be the Music, First Impressions, and At Mamu’s Feet. Most notably, Lisa was in The Internship with Vince Vaughn, and Meet the Browns with Owen Wilson. According to her IMDB account, Lisa has a couple projects in post-production as well. With her personality, she will easily keep herself busy. 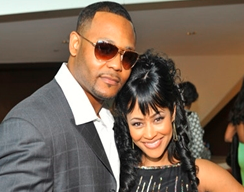 Lisa is currently single. She was married twice and divorced twice. In 1992, Lisa Wu was married to the R&B singer Keith Sweat. They were married for 10 years and had two sons together before he filed for divorce in 2002. Keith ended up getting full custody of their two boys, which is unusual. According to several articles that were written at the time, she was deemed too financially irresponsible to be able to care for her children properly.

In 2005, she was in a relationship with Baltimore Ravens linebacker, Edgerton “Ed” Hartwell. The pair got married, and they had a child before they were divorced on August 24, 2011. Lisa ended up getting custody this time around. Their son, Ed, was involved in child modeling, and she helped him with his career.

Depending on who you ask, Lisa makes about $60,000 to $75,000 a year. It depends on proceeds from her book as well as the earnings from whatever project she is working on at the time. 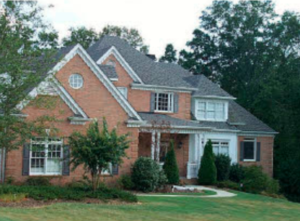 Lisa is fairly private with her current personal life. In 2009, Lisa and her then-husband Ed Hartwell defaulted on payments to their house in Atlanta and lost it to foreclosure. They only owned the house for a little less than two years before the bank resold it for $1 million less than their purchase price. Thankfully, they also owned another Atlanta home on a lakefront, 9-acre lot. 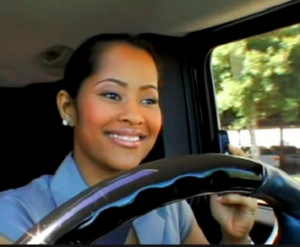 It is not known what the former Mrs. Harwell drives now. The only picture I was able to find of her driving was an old one from her time on Real Housewives of Atlanta.It is unclear what she is driving.

Back in 2010, Lisa Wu and another reality TV star hosted a charity event in Atlanta to benefit Breast Cancer research with an organization called A Love Offering Inc.

Lisa has accomplished a lot since she first started out in the entertainment industry as a background dancer. From her collaboration with Tyler Perry to her time on the popular reality television show The Real Housewives of Atlanta, Lisa has shown off her passion and her talents. She has many writing and movie projects in the pipeline, and they will surely add to her list of accomplishments.