What Happened to Claudia Jordan? – 2018 Update 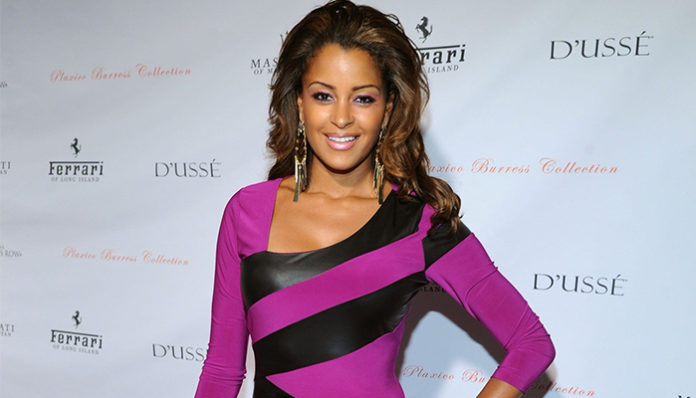 Hailing from Rhode Island, Claudia Jordan had worked as a model prior to getting involved with reality television in the recent years. One of the first African-American women to win the Miss Rhode Island USA pageant, she later finished among the top 10 in Miss USA 1997. Not long afterward, the beauty queen made her television debut in the series, Trippin’ (1999). Over the next couple of years, she continued to appear on the small screen (albeit as minor characters), in shows such as City Guys (1999), and Jack & Jill (2000). By the time it was 2YK, her career had started to move in the right direction.

In 2001, she was cast as one of the models on the game show, The Price is Right. One of her first prominent appearances on television, the time she spent on the show- two years, yielded her a considerable amount of recognition. But that’s not the only thing that she was involved with in the early 2000’s, she had also taken part other shows, such as in the soap opera The old and the Beautiful (2002), and in the sitcom, That’s So Raven (2004). By 2005, she had landed herself another gig with the game show, Deal or No Deal; one that she would star in for five years.

Fast forward to the 2010’s, and Jordan has returned to a few shows, including Celebrity Apprentice All-Stars (2013). From 2014 to 2015, she was also one of the main cast members on Bravo’s popular reality series, The Real Housewives of Atlanta. Introduced in the seventh season, she stayed on the show for one year, prior to making her exit (though she later came back as a guest). Last year, the model had also appeared on the TV One reality series, The Next: 15 alongside Tiffany Pollard, Benzino, Laura Govan, and Karamo Brown.

What has the reality star and actress been up to recently? What has she been busy with these past two years? What happened to Claudia Jordan? Where is she now in 2018? Let’s find out!

Born on April 12, 1973, in Providence, Rhode Island, Claudia Jordan is the daughter of an African-American father and an Italian mother. Growing up, she involved herself in sports. More specifically, she had competed as a sprinter for her school’s track and field team. Incredibly fast, she ultimately participated in three Junior Olympics during her teen years. By the time she was in college, she had become an All-American sprinter for the 400m relay.

With that said, sprinting wasn’t the only thing she was involved with. At the age of seventeen, she also participated in the Miss Rhode Island Teen USA pageant, where she became one of the first women of African-American descent to win the title. Following that, she also represented Rhode Island at the 1997 Miss Teen USA pageant, where she finished among the top 10. Around that time, she is said to have also worked at a Boston television station to support herself.

Following her participation in the pageants, Jordan landed herself a few television commercial gigs with Visa, Pepsi, and Sears. At one point, she even appeared in a music video for Joe’s song, I Wanna Know. By 1999, she had made her official acting debut in a show called, Trippin. Over the next two years, she played a couple of minor characters in City Guys (1999), and Jack & Jill (2000). Then in 2001, she was featured as a guest on The Best Damn Sports Show Period.

Later that same year, she was selected to be a model for the popular game show, The Price is Right (2001). Ultimately, it was from then onwards, that her popularity started to grow. By the time she left the series in 2003, she already had a solid fanbase. Following that, her next big gig came in 2005, when she was offered a modeling role in Deal or No Deal. Like before, the show only served to heighten her fame; she ultimate remained on the series for five years, until 2010.

A few years later in 2014, it was announced that she’d be joining the main cast of Bravo’s The Real Housewives of Atlanta. Introduced as one of the housewives in the seventh season, Jordan ultimately stayed for one year, prior to making her exit in 2015 (though she later reappeared as a guest in the eighth season).

Around that same time, she also appeared in programmings such as The Dr. Oz Show, The Maury Povich Show, Hollywood Today Live, and Apollo Night LA. At one point last year, she had also participated in the reality series, The Next: 15 which aired on the TV One Network.

As an actress, she has also been kept busy. For instance, she played one of the lead protagonists in the TV series, Diary of a Champion in 2012. Between 2014 and 2015, she also appeared in the film, Primal Instinct and in the drama, Guy Theory.

It’s no secret that the reality star has been romantically linked with a number of men. In fact, a long list of her alleged ex-boyfriends was even released at one point on the Internet.

As far as we know, she is currently with her partner, Medina Islam, a fellow actor. Reportedly, the couple had even gotten engaged last summer- though there is still no word on the wedding.

What is Claudia Jordan Doing Now in 2018 – Recent Updates

Judging from the number of films that she has appeared in this year, it’s probably fair to say that she’s ready to jump into more acting. Over the past few months, she has played a number of roles in movies such as Jason’s Letter (2017), The Hills (2017), Sharknado 5: Global Swarming (2017), and The Runner (2017).

Looking at her IMDb page, she has a few upcoming for the next year as well; these include The Regiment, Streets of Money, Love Is Not Enough, and Steele Justice.

Outside of acting, Jordan has also recently made appearances in Hollywood Today Live, Chopped, and The Raw World. From the looks of it, she will be hosting a show called The House of Divas, sometime next year.

Want to stay in touch with the former Real Housewives of Atlanta star? You can find her on multiple social media apps including Twitter and Instagram at @claudiajordan. In addition to that, she also has an official page on Facebook at @TheRealClaudiaJordan, that you can check out!