What Happened to Juvenile? – 2018 Update 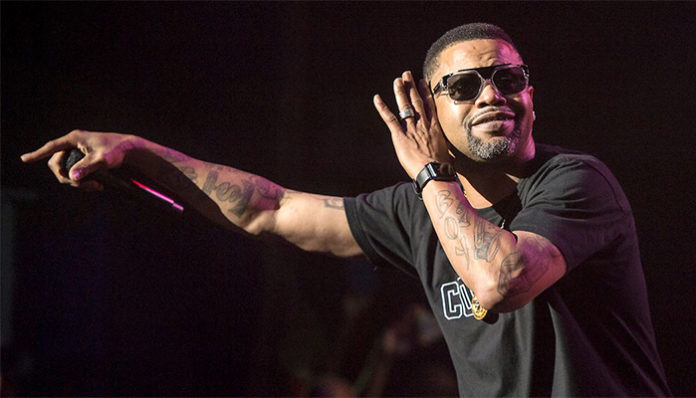 A member of the 90’s hip-hop crew, The Hot Boys, Juvenile has been creating music for well over two decades. Hailing from New Orleans, he first began to record raps in his teen years; one of his earliest recordings, Bounce for the Juvenile was released in 1991. Eventually signing to Warlock Records, he issued his major label debut, Being Myself in 1995, though it did not gain much attention at the time. Ultimately, it wasn’t until a few years later, that he rose to fame with his third studio album, 400 Degreez. Incredibly successful, millions of copies have since been sold across the United States.

Prior to the arrival of Y2K, the rapper had already dropped its follow up, The G-Code. Climbing further up the ranks, he released a handful of successful albums over the next few years including Project English, Juve the Great, Reality Check, and Cocky & Confident. Some of the greatest hits from said projects include Slow Motion (Feat. Soulja Slim), Rodeo, What’s Happening, Nolia Clap, and Bounce Back (Feat. Birdman). His most recent album, The Fundamentals was released in early 2014. Much to the disappointment of fans, however, Juvenile has not come out with any new albums since.

Considering how popular he had become by the 2000’s, his sudden absence came as a surprise to many. What has happened to the rapper, whom so many had grown to love through his music over the past years? According to various sources, the artist has found himself in a bit of trouble over the past couple of years- for instance, he was recently sent to prison for a number of unrelated child support cases. What else has he gotten himself into? Will he be dropping some new music offerings anytime soon? What can fans expect to see from the rap superstar?

Below, we will be trying to address these issues; if you’re interested in the answers, be sure to keep reading! 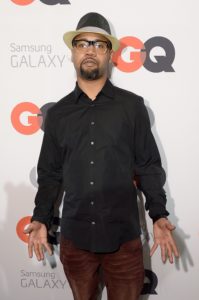 Born on March 25, 1977, in New Orleans, Louisiana, Juvenile (Real Name: Terius Gray) spent much of his youth in the Magnolia Projects. Like many artists, he first got into music- more specifically hip-hop, during his early teens. Working to develop his sound, he recorded one of his first songs, Bounce For the Juvenile in 1991. A relative hit, it helped to popularize a new rap style- “bounce music” in the early 90’s.

After a few more years of perfecting his sound, he landed a music deal with Warlock Records. Through the label, he released his debut album titled, Being Myself in 1995. While the record did not gain much attention at the national level, it performed considerably well locally. With that, Juvenile eventually signed himself to the larger, and more well-known Cash Money Records. In 1997, he issued his major label debut, Solja Rags, which saw some success on the US Billboard music charts. Laced with over a dozen tracks, the album had peaked at number 55 on the Top R&B Albums chart.

In the fall of 1998, Juvenile put together his best-performing album to date, 400 Degreez. Supported by two singles, the tracks featured a number of guest artists including Big Tymers, Lil Wayne, Hot Boys, B.G. Mannie Fresh, and Turk, to name a few. Well received by contemporary critics, the album contained 18 tracks; some of the titles included Juvenile on Fire, Welcome 2 Tha Nolia, Follow Me Now, Ghetto Children, Flossin Season, and Gone Ride With Me. An overwhelming success, it earned him a Billboard Music Award for R&B Album of the Year in 1999.

The year after his breakthrough, he released his next album, The G-Code. Though not as successful as his previous record, it managed to reach number 10 on the Billboard 200 and number 1 on the Top R&B Albums chart. Much like his previous effort, the project contained mostly collaborations, including those with Big Tymers, B.G., Mannie Fresh, Hot Boys, and Turk. Within just a few weeks, over one million copies had sold across the United States, garnering it platinum certification from the RIAA.

Over the next years, Juvenile continued to impress everyone with his music. On a roll, he released a handful of successful albums throughout the 2000’s including Project English, Juve the Great, Reality Check, and Cocky & Confident, three of which went on to receive RIAA accreditation. Some noteworthy songs from said albums include Bounce Back, Slow Motion (Feat. Soulja Slim), Rodeo, What’s Happening, and Way I Be Leaning (Feat. Mike Jones, Skip and Wacko, Paul Wall).

His first album of the 2010’s, Beast Mode was dropped on July 6, 2010. Unlike those that were released at the height of his career, however, it did not rival the success of his earlier titles. Nonetheless, the album contained 11 new tracks including Nothing Like Me (Feat. Juve Jr. and Verse Simmonds), Where They Do That At, No Team, Drop That Thang, and Go Hard or Go Home. Of course, it had also charted in the US; more specifically, at number 58 on the Billboard 200 and at number 13 on the Top Hip-Hop Albums chart.

Two years later, he released Juvenation through Rap-A-Lot and Young Empire Records. Preceded by the single, Power, a few tracks included guest appearances from Young Juve, ABN, UTP, and Rick Ross. Though reviews were iffy, it still managed to reach as high as number 39 on the US Top R&B Albums chart.

Since then, he has come out with one additional album- The Fundamentals on February 18, 2014. His eleventh overall album, it boasted 10 tracks including This is Your Song, Super High, Tales from the Hood, Cradle 2 da Grave, and Pay Tha Rent (Feat. Young Jeezy and Yo Gotti). In the United States, it peaked at number 47 on the Top R&B Albums chart.

Juvenile’s Collaborations Over the Years

Aside from his studio albums and singles, Juvenile had also done a number of collaborations throughout the 90’s and 2000’s. For instance, he worked with Lil Wayne on Tha Block is Hot and with Drag-On on Down Bottom. Some of the other rappers that he’s teamed up with include Mario, Bun B, Low Bros, Rich Gang, Kidd Kidd, and Coo Coo Cal, to name a few.

What is Juvenile Doing Now in 2018 – Recent Updates

What has the groundbreaking rapper been up to these days? While he hasn’t released a new album since 2014, don’t count him out of the rap scene just yet. In fact, he had dropped a mixtape dubbed, Mardi Gras 2, a couple of years ago in 2015.

Earlier this year, Juvenile even released a new single titled, Dog Food, which featured fellow artist T Money. Made available on January 14, 2017, it has already racked up thousands of streams online.

On a different tangent, the rapper has also faced some jail time recently. According to reports, he had been arrested and put into the Orleans Justice Centre Jail earlier this summer, after failing to pay his mandatory child support. Put behind bars for four days, he reportedly owed over $150,000 in child support as of June 2017.

If you’d like to stay in touch with the New Orleans rapper, you can follow him on social media (luckily for us fans, he’s active on several platforms). Like any celebrities, you can find him on Twitter at @juviethegreat or on Instagram at @juviethegreat.