What Happened to Eileen Davidson? – 2018 Update 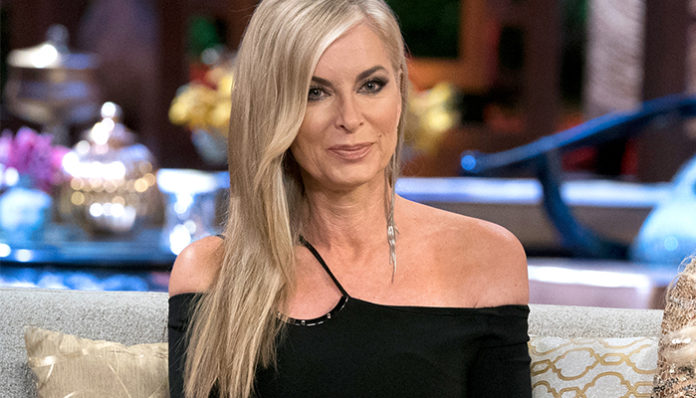 An American actress, Eileen Davidson is perhaps best known for playing Kristen DiMera in the NBC soap opera, Days of Our Lives. A former model, she appeared in several commercials prior to making her acting debut in the early 80’s. Her first role on television was that of a minor character in the ABC series, The Phoenix (1982). From there, just a few months later, she managed to beat out over 100 candidates for the lead part of Ashley Abbott in the CBS drama, The Young and the Restless. A series regular for the next six years, her performance yielded her numerous accolades including a Daytime Emmy Award nomination.

Her next big role came in 1993 when she was cast as Kristen DiMera in NBC series, Days of Our Lives. Another huge opportunity for the actress, the show effortlessly propelled her to the next level of fame. One of her most-remembered roles to date, the long-running soap has garnered her a handful of industry awards including a Daytime Emmy Award. Following a prolonged hiatus, Davidson recently returned to the show earlier this year. Some of the other titles that she’s been involved with over that last little while include, The Bold and the Beautiful, Hell and Mr. Furdge, and Stranger at the Pentagon.

Aside from acting, Davidson has also been involved with reality television since 2014. More specifically, she has been starring as a series regular in Bravo’s The Real Housewives of Beverly Hills. Introduced in the fifth season, she remained on the show for two seasons, prior to making her departure earlier this year. Speaking of other appearances, the actress has also been featured on programmings such as The Insider, The Talk, Entertainment Tonight, Home & Family, and Then and Now with Andy Cohen, among others.

What other projects does she have going on right now? What else has the Days of Our Lives star been up to? What happened to Eileen Davidson? Where is she now in 2018?

Born and raised in Artesia, California, Eileen Davidson initially worked as a model- it wasn’t until later on, that one of her friends suggested that she try out acting. In 1982, the blonde made her television debut in an episode of The Phoenix. Soon afterward, she was cast as Ashley Abbott in the soap opera, The Young and the Restless, having beat out over 100 candidates for the part. A breakthrough for the young actress, she soon captured the hearts of audience members on the television screen.

A long-running series, The Young and the Restless had already been on for nearly a decade by the time Davidson joined the cast. Nevertheless, the show proved to be just as popular as when it first premiered in the early 70’s. In total, the actress remained on the soap for six years, prior to leaving in 1988; throughout those years, her performance garnered much praise, including two Soap Opera Digest Award nominations. Following a long absence from the show, she returned in 1999 (though she took a short break in 2013).

Eileen Davidson’s Second Breakthrough on Days of Our Lives

In 1993, Davidson landed her second most prominent role to date in the daytime soap opera, Days of Our Lives. Created by Ted and Betty Corday, the series has been airing every week since its inception in 1965. Cast as Kristen DiMera, the actress’ popularity only heighten with her being on the show. Highly involved with the soap, she even played the part of her character’s doppelgänger, Susan Banks.

For the next five years, she starred on the show; it wasn’t until 1998 that she decided to take a break. Much to the relief of fans, however, Davidson eventually returned in 2012. To this day, she continues to portray Kristen DiMera in the long-running program. Praised for her performance, it has yielded her a number of accolades including three Soap Opera Digest Award nominations, and two Daytime Emmy Award nominations, one of which resulted in a win for Outstanding Lead Actress in a Drama Series.

Aside from the two soaps, the actress has also been involved with a number of other titles including Hell and Mr. Fudge (2012), and Stranger at the Pentagon (2013), among others. Perhaps one of her more prominent credits, however, is the reality series, The Real Housewives of Beverly Hills.

Introduced as a series regular in the fifth season, Davidson joined a handful of other housewives of the show such as Kyle Richards and Lisa Vanderpump, and a few others. Following a 23-episode run in 2014, the actress returned for two additional seasons which aired between 2015 and 2017.

In addition to that, the TV star has also been featured in many talk shows such as Entertainment Tonight, Home & Family, Then and Now with Andy Cohen, Watch What Happens: Live, and The Talk. In 2015, she was also present at the 42nd Annual Daytime Emmy Award event.

In total, she has wed three different men. From 1985 to 1986, she was together with  Christopher Mayer. From there, she tied the knot to Jon Lindstrom, whom she stayed with for three years.

Since 2003, Davidson has been with her third husband, Vincent Van Patten, a former tennis professional. According to reports, the two had allegedly met back in 2000, when he appeared briefly on The Young and the Restless, as one of Ashley’s “love interests” on a cruise. The couple has a son named, Jesse Thomas Van Patten.

What is Eileen Davidson Doing Now in 2018 – Recent Updates

Currently, she is starring on two television series- The Young and the Restless and Days of Our Lives, both of which she’s been on for many, many years. As mentioned earlier, she had also recently been a cast member of Bravo’s The Real Housewives of Beverly Hills– up until the end of season seven, which concluded in April 2017. She will not appear in season 8 of the reality series.

What other roles has she played? Earlier this spring, she also played a supporting character in the thriller, The Guest House (2017), which was her first film in four years. As for upcoming projects, she will be appearing in two movies, Symphoria and Walk to Vegas, according to her IMDb page, both of which are currently in the post-production stages.

If you’d like to stay up-to-date with the actress and reality star, it may be a good idea to follow her on social media! Like many celebrities, Eileen Davidson is active on a few platforms- for instance, you can find her on Twitter at @eileen_davidson and on Instagram at @eileendavidsonofficial. On Facebook, she also has an official page at @eileendavidsonofficial, where she’s already got herself well over 200,000 likes!