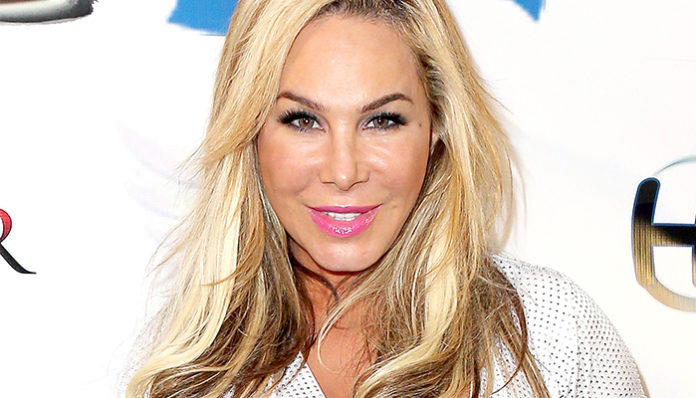 An entrepreneur, Adrienne Maloof rose to fame in the popular reality series, The Real Housewives of Beverly Hills. One of the original cast members, she was featured on the show for three seasons, after making her debut in 2010. Though she eventually left, she has returned for a number of guest appearances in the recent years.

Since her rise to fame, she has appeared in numerous talk shows over the past several years including The Ellen Degeneres Show, The Wendy Williams Show, Good Day L.A., Entertainment Tonight, and Rachael Ray, to name a few. At one point, she even made a cameo in an episode of Hell’s Kitchen!

As one of RHOBH‘s original cast members, how well paid was she on the show? How wealthy is the reality star? From what we can gather, Adrienne Maloof currently has an estimated net worth of $50 million. How did this fortune come about? How much of it came from appearing in the Bravo series? Her other ventures? Let’s try to answer some of these questions- stay with us!

How did Adrienne Maloof Make Her Money & Wealth?

Born on September 4, 1861, in Albuquerque, New Mexico, Adrienne Maloof is the daughter of George J. Maloof Sr., a billionaire entrepreneur. After completing high school, she studied political science at the University of New Mexico on a full tennis scholarship.

After earning her degree, she worked in the marketing department of her family’s wine business for several years.It wasn’t until 2010 that she made her television debut in Bravo’s reality series, The Real Housewives of Beverly Hills. Introduced in the series premiere, she starred in the series premiere alongside Taylor Armstrong, Kim Richards, Camille Grammar, Lisa Vanderpump, and Kyle Richards.

Her first time appearing on television, multiple aspects of her life were followed in the show, including both her work and personal relationships. Following the end of season one, she opted to stay for two additional seasons- up until 2013. Though she never returned to the show as a full-time cast, she has come back for a handful of guest appearances here and there over the past few years.

How much was she paid for her appearances on RHOBH? From what we can gather, the blonde was offered $250,000 per season, as were her co-stars. Seeing as how she was on for three seasons, her total earnings would be close to the $750,000 mark.

Since appearing on the reality series, Maloof has been featured in several additional shows including The Ellen Degeneres Show, The Wendy Williams Show, Good Day L.A. Entertainment Tonight, and Home & Family. At one point, she even served as a judge in the Miss Universe 2011 pageant!

With all that’s been said, however, it’s obvious that most of her wealth comes from her work as a businessman. Not only is she involved with her family’s many enterprises, but she’s also worked on several solo projects, such as the shoe collection, Adrienne Maloof by Charles Jourdan, that she released in 2011.

As far as we know, she is currently single. Previously, she was married to a plastic surgeon, Paul Nassif.

Does Adrienne Maloof Have Any Children?

Did Adrienne Maloof Go to College?

Yes, she did. She studied at the University of New Mexico on a sports scholarship, where she obtained a degree in political science.

What is Adrienne Maloof Famous For?

Adrienne Maloof is famous for appearing in The Real Housewives of Beverly Hills; she later left the show in 2013.

She currently lives in Beverly Hills with her three children. Further details are unavailable at this time.

What Kind of Car Does Adrienne Maloof Drive?

Information on Adrienne Maloof’s vehicle is unavailable at this time.

How Much Money Did Adrienne Maloof Earn Last Year?

Though she hasn’t starred in RHOBH in many years, she recently returned for a brief appearance in 2017. Other than that, she hasn’t appeared much on television. Given that’s the case, she has probably been busy with work off-screen.

Want to see more of the reality star? How about following her on social media? You can find the TV personality on Twitter at @AdrienneMaloof or on Instagram at @Adriennemaloof. Or if you’d like, you can even check out her official Facebook page by clicking here.