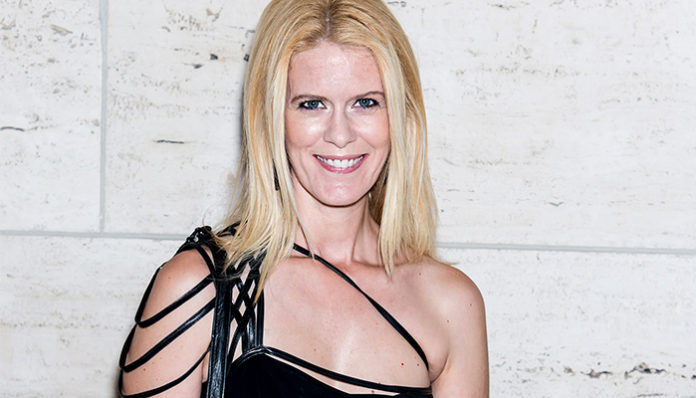 A reality star, Alex McCord rose to fame in the popular Bravo series, The Real Housewives of New York. Originally from Washington, D.C., the blonde has been involved with television since the late 90’s. With that said, her early credits were mostly in acting; for instance, she appeared in the animated cartoon, Aika in 1997, and in the romance drama, One Life to Live in 1999. From there, she acted in several other titles such as The Tollbooth, Cyberchase, and The Architect, before getting involved with reality television in the late 2000’s.

In 2008, McCord landed a role in The Real Housewives of NYC, the second installment of Bravo’s popular franchise. One of the main cast members, her co-stars included Ramona Singer, Bethenny Frankel, and Luann de Lesseps. Featured on the show for the next three years, her popularity quickly soared. By the time she left in 2011, she already had herself a considerable following.

Having since switched her focus to reality TV, she has appeared in several other shows such as Who Wants to be a Millionaire, Bethenny Getting Married?, Couples Therapy, and Fashion News Live. With all that said, television isn’t the only thing that keeps her busy- she also has a flourishing career in design and merchandising. Today, she runs and operates a home furnishing company called Aluxe Home, with her husband, Simon.

From everything that we’ve mentioned so far, one thing’s for sure- Alex McCord is an accomplished woman. Now for the big question, how much does she bring home a year? How rich is she? According to sources, Alex McCord currently has an estimated net worth of $2 million. Where did she bank such an amount from? We’ll be taking a look at all of these questions below.

How did Alex McCord Make Her Money & Wealth?

Born on October 1, 1973, in Washington, D.C., Alex McCord spent her youth between the US Virgin Islands, Texas, and Kansas. After completing high school, she moved to Evanston, Illinois, where she attended Northwestern University briefly (though she left prior to receiving her degree). For a period, she worked in Visual Merchandising for the lingerie company, Victoria’s Secret.

As it happened, McCord eventually got into acting in her early twenties. After voicing a couple of characters in the animated series, Tetsuwan Birdy (1996), and Aika (1997), she landed her first official role in the romance drama, One Life to Live (1999). From there, she eventually appeared on the big screen for the first time in the comedy flick, The Tollbooth as ‘Gallery Owner #3’ (2004). Continuing to act over the next few years, she went on to appear in the films, Queen of Beasts (2005), The Great New Wonderful (2005), Rape (2006), and Manhattanites (2008).

In 2008, something different happened that led her to leave the acting realm- she was cast in Bravo’s reality series. Introduced in the first season, she co-starred alongside Luann de Lesseps, Ramona Singer, Jill Zarin, and Bethenny Frankel. With that, the show followed her life for the next few years; during that time, many things were revealed including her relationships and work life.

A popular series, The Real Housewives of NYC had no trouble sustaining an audience (in fact, it’s still airing as of 2017). Responsible for launching her into reality stardom, McCord remained on the show for three years, up until the end of season four. So far, there hasn’t been any word on a potential return.

That brings us to another thing- how much was she paid for being in the series? Unfortunately, details on her Bravo contract have never been released to the public. Still, we can probably make an approximate estimate. According to sources, her co-stars Sonja Morgan and Ramona Singer pulled in $220,000 and $500,000 respectively, per season. Taking that into consideration, it’s probably fair to safe that she also made six figures per year, on RHONYC.

Of course, RHONYC isn’t her only source of income; for one thing, she has appeared in several other TV shows over the past few years including Who Wants to be a Millionaire, The View, Bethenny Getting Married?, and Couples Therapy, all of which would presumably, also yield her some earnings.

Outside of the entertainment industry, McCord is also active in the design and merchandising industries. Did you know that she owns her own home furnishing business called Aluxe Home with her husband, Simon? According to her official bio on the Bravo website, she remains actively involved with the company to this day. Judging by the positive reception that they have online, needless to say, it’s probably a lucrative business. With that said, it would be difficult to determine how much exactly of her current wealth stems from said company.

Alex McCord has been married to her husband, Simon Cam Kampen for over a decade, since 2000. As mentioned previously, the two currently manage a home furnishing company together called Aluxe Home. As if that wasn’t impressive enough, it was revealed this summer that he is currently pursuing a law degree.

Does Alex McCord Have Any Children?

Alex McCord has two sons with her husband, Francois, and Johan van Kempen (both have been featured on the Bravo reality show)

Did Alex McCord Go to College?

After completing high school, she attended Northwestern University briefly in her early twenties. Fast forward to 2017, and she has recently received a Bachelors of Arts in Psychology, with plans of earning a doctorate to become a psychologist.

What is Alex McCord Famous For?

Alex McCord rose to fame as one of the original housewives on Bravo’s reality series in 2008. Since then, she has been featured in several other shows such as Couples Therapy, and Who Wants to be a Millionaire. Previously, she had also pursued an acting career.

According to her official bio, she currently resides in a lavish, New York townhouse with her husband and two sons.

Unfortunately, we do not have any photos of her home to share with readers at this time.

What Kind of Vehicle Does Alex McCord Drive?

We do not have details on what vehicle Alex McCord currently drives.

How Much Money Did Alex McCord Earn Last Year?

As far as we can tell, Alex McCord has not made any recent television appearances. According to IMDb, she last appeared as a guest on Fashion News Live in 2014. What has she been up to since then?

As touched upon earlier, she recently received her Bachelors of Arts degree in psychology. Taking that into consideration, she has probably been busy with school for the last few years. With certification in hand, it’s probably fair to say that she’s launched her official career as a psychologist. With all that that entails, it makes sense that she hasn’t had time for TV.

If you’d like to stay connected with the former reality star, you can follow her on social media- Alex McCord is active on Twitter (@mccordalex) and on Instagram (@mccordalex). On Facebook, you can also find her at @alexandsimon (shared with her husband).