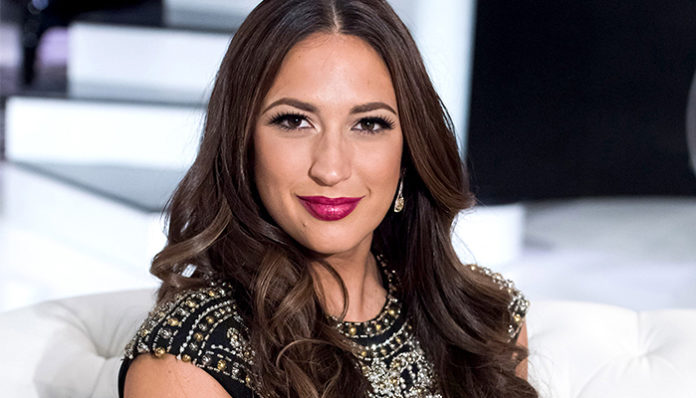 A television personality, Amber Marchese is best known for her appearance in Bravo’s reality series, The Real Housewives of New Jersey. One of the main cast members of season six, she starred alongside Nicole Napolitano, Teresa Aprea, Melissa Gorge, and Teresa Giudice, among others. Unlike some of her co-stars who chose to remain on the show, however, she departed at the end of the sixth season in 2014. Regardless, RHONJ remains to be one of the greatest highlights of her TV career.

Fast forward two years and it was announced that she’d be starring in the reality show, Marriage Boot Camp: Reality Stars 6 (with her husband James Marchese). Her second appearance on reality television, she was featured in the eighth season alongside Keke Wyatt from R&B Divas: Atlanta, Margeaux from Love & Hip Hop: Atlanta, and Jade Roper from Bachelor in Paradise, among others. Following a nine-episode run, the series wrapped up in December 2016.

Since then, Marchese seems to have shied away from the television. What has she been up to? For one thing, she has probably been kept busy with her fitness and consulting business, Vici Fitness. Last summer, it was also announced that the former RHONJ star had been diagnosed with Lyme Disease (an infection typically spread by ticks), something which may have prevented her from taking on too many things at once.

With all that said, how successful is the TV personality? Is she enjoying a lavish lifestyle? How wealthy is she? According to various sources, Amber Marchese currently has an estimated net worth of $3 million. From what did she earn most of this figure from? What was her salary on Bravo’s The Real Housewives of New Jersey? We’ll be taking a look at some of the answers below.

How did Amber Marchese Make Her Money & Wealth?

Born in New Jersey, Amber Marchese was raised majorly by her mother, as her father died when she was still young. After completing her secondary education, she went to Columbia University in New York, where she obtained a Bachelor of Arts degree. From there, she eventually returned to school for a Master’s degree in Exercise Physiology and Bio-Behavioural Studies.

In 2008, her life took a turn after she was diagnosed with breast cancer. A frightening diagnosis for any 31-year-old, she immediately sought out treatment, which successfully put her into remission (as it was still in the early stages). Unfortunately, she would later discover a cancerous lump in her right breast in the spring of 2015. With that said, she has successfully completed her second round of treatment.

A year prior to her second diagnosis, Marchese rose to prominence in the sixth season of Bravo’s reality series, the Real Housewives of New Jersey. One of the new housewives to join the show in 2014, she was accompanied by Teresa Aprea, Nicole Napolitano, and Dina Manzo, the last of whom had recently returned after a prolonged absence.

Premiered on July 13, 2014, the sixth season saw the New Jersey native trying to rekindle some of her former relationships, including the one she had with Gorge. Of course, her ongoing battle with breast cancer at the time was also followed in the series- including her doctor visits.

Eventually, after nineteen episodes, the sixth season ended on November 20, 2014, having drawn in close to one million viewers on the Bravo Network. With that, fans were left to wonder whether or not she’d be returning for the seventh season. Much to their dismay, however, it was soon announced that Marchese would in fact, not be coming back for 2016 (possibly due to her having to deal with her second round of breast cancer).

How much was Amber Marchese paid for appearing in the sixth season of RHONJ? According to sources, the reality star earned  $60,000 for the season, which is considerably lower than what some of the show’s full-fledged housewives such as Teresa Giudice, and Jacqueline Laurita received per year.

Since then, she has found herself starring in another reality series- Marriage Boot Camp: Reality Stars. A spin-off of Bridezillas, it followed the lives of five couples as they move into one house together in attempts to save their marital bonds. Featured in the eighth season which aired in 2016, she and her husband starred alongside other reality celebrities such as Margeaux, Keke Wyatt, Jade Roper, and Karen Gravano (and their respective partners).

Aside from television, she has of course, also been with managing her consulting and fitness business, Vici Fitness, which is based out of New Jersey.

Amber Marchese has been married to her husband, James Marchese since 2004.

Last spring, headlines were made after he was allegedly arrested for domestic violence, after threatening and grabbing her. Following the incident, she responded by refuting said allegations.

Does Amber Marchese Have Any Children?

Amber Marchese has two children with her husband, named Isabella and Corbin. From his previous relationship, he also has two sons named Sebastian and Michael.

Did Amber Marchese Go to College?

Yes, she did. Upon completing high school, she attended Columbia University in Upper Manhattan, New York, where she studied Exercise Physiology and Bio-behavioural studies; she later obtained her Bachelors of Arts degree.

What is Amber Marchese Famous For?

Amber Marchese is best known for her appearance in the popular reality show, The Real Housewives of New Jersey. Introduced in 2014, she starred for 19 episodes, prior to leaving at the end of the season. Since then, she has also been featured in the reality series, Marriage Boot Camp: Reality Stars.

Amber Marchese currently resides in New Jersey, with her husband and two children.

At this time, we do not have any further information on their home, nor do we have pictures available for sharing.

What Kind of Car Does  Amber Marchese Drive?

We do not have any information on Amber Marchese’s car.

How Much Money Did Amber Marchese Earn Last Year?

Information on Amber Marchese’s 2016 earnings has not been disclosed to the public at this time.

As mentioned above, the former RHONJ star recently appeared in the eighth season of Marriage Boot Camp (aka Marriage Boot Camp: Reality Stars 6).  Some of the other reality celebrities featured in the season include Margeaux, Nikko London, Keke Wyatt and Michael Jamar, and Jade Roper and Tanner Tolbert.

Aside from that, she hasn’t appeared much on television. Considering that, it’s probably fair to say that most of her time has gone towards her fitness company, Vici Fitness. That and of course, spending time with her family.

Are you a fan of the former RHONJ star? If so, why not follow her on social media? You can find Amber Marchese active on a few platforms including Twitter at @AmberNMarchese and Instagram at @Amber_marchese.