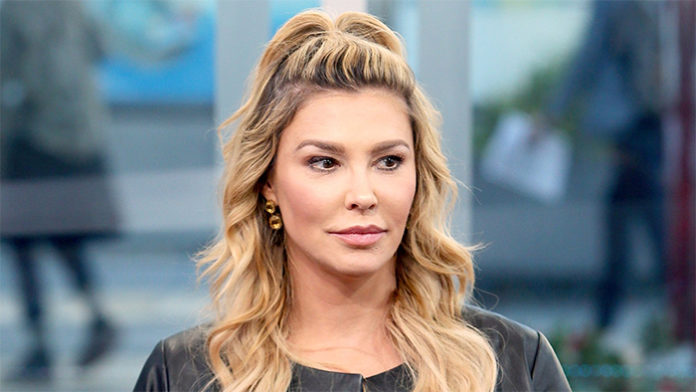 A TV personality, Brandi Glanville rose to fame as a cast member of The Real Housewives of Beverly Hills. A former model, she was featured in several magazines during the 80’s  including the Cosmopolitan and Glamor. Some of the brands that she represented included Gucci, Giorgio Armani, and Chanel.

As it happened, Glanville eventually got involved with reality television in the early 2010’s. Cast as a ‘friend’ in season two of the Bravo series, she was later promoted to being a series regular in 2012, a role that she continued for the next two years. Throughout her time on the show, she worked with several other women including Kim Richards, Lisa Vanderpump, Kyle Richards, and Yolanda Hadid, among others. To this day, RHOBJ remains to be her best-remembered appearance on television.

With that said, she has been featured in several other shows since including Steve Harvey, Today, The Real, Cocktails with Khloe, and The Doctors, to name a few. At one point in 2015, she even competed in Donald Trump’s game show, The Apprentice. Outside of reality television, the blonde has even acted on a few occasions. In 2013, she made her official acting debut in the popular series, 90210. Since then, she has appeared in a few other titles including the made-for-television film, Sharknado 4: The 4th Awakens, which was released last year.

With all that said, how wealthy is the reality star? How much has she made over the years? According to sources, Brandi Glanville currently has an estimated net worth of $1 million. How much of this came from her television career? What was the salary given to her by Bravo? Hopefully, we’ll be able to answer some of these questions below.

How did Brandi Glanville Make Her Money & Wealth?

Born on November 16, 1972, in Salinas, California, Brandi Glanville was raised in Sacramento, with her two siblings, Tricia and Michael. Blessed with good looks, she later moved to Paris, France at the age of sixteen to pursue a modeling career. Signing to Elite Model Management, her work brought her to several cities around the world including New York, Europe, and Los Angeles. By the time she was seventeen, she was taking part in runway shows.

Fast forward to the early 2010’s and Granville landed herself a supporting role in the reality series, The Real Housewives of Beverly Hills. One of the most popular installment of the Bravo franchise, it centered around several ‘housewives’ in the Beverly Hills area, including Adrienne Maloof, Lisa Vanderpump, Taylor Armstrong, and Camille Grammer, among a few others.

Introduced in episode four of season two, Gossip Girls, she went on to make a handful of appearances throughout the season. Having proved herself to be popular with fans, it was eventually announced that she would be joining the cast as one of the main housewives starting from season three (alongside fellow newcomer, Yolanda Foster).

For the next three seasons, Glanville starred on the show alongside the other women. In total, she was a main cast member for three years, from 2012 to 2015. Following the end of season five, she left RHOBJ; with that said, she did return as a guest in season six.

How much did Brandi Glanville receive as part of her contract with Bravo? According to sources, the blonde reportedly made $175,000 USD per season. If we were to multiply this by three, that would work out to be well over $500,000 USD (not including her earnings as a guest from season six).

What other shows have the blonde been featured in over the years? A familiar face on television (since her debut on RHOBH anyway), she has been invited onto numerous programmings including Today, Steve Garvey, Good Work, The Real, The Doctors, and Cocktails with Khloe, to name a few. Some other highlights from her reality television career also include the shows The Apprentice, and Famously Single.

In addition to her successful career in reality TV, Glanville has also dabbled in acting. In 2013, the blonde made her official debut in an episode of 90210. Since then, she has participated in a few additional titles including Missing at 17 (2013), The Hungover Games (2014), and Sharknado 4: The 4th Awakens (2016).

Outside of television, Glanville also has a few other ongoing projects. For instance, she currently hosts her own podcast called Brandi Glanville Unfiltered, in which she discusses popular culture, as well as various aspects of her life. In addition to that, she also writes a weekly column for the Australian magazine, NW.

A New York Times bestselling author, she has also written two books- Drinking and Dating, and Drinking and Tweeting: And Other Brandi Blunders, which were published in 2014 and 2013 respectively.

With all that she has going on, it’s no wonder she has a net worth of ~$1 million!

As of 2017, Brandi Glanville is currently dating boyfriend, Donald Friese. Since they first got together, they haven’t been shy about showing off their relationship to the public, as they’ve been spotted multiple times in public.

Previously, she was married to American actor Eddie Cibrian from 2001 to 2010.

Does Brandi Glanville Have Any Children?

Brandi Glanville has two sons with her ex-husband, Jake Austin, and Mason Edward.

Did Brandi Glanville Go to College?

As far as we know, Brandi Glanville did not attend college. Instead, she pursued a modeling career which took her to several big cities around the world.

What is Brandi Glanville Famous For?

Brandi Glanville is perhaps best known for her appearances on The Real Housewives of Beverly Hills. Introduced as a friend in season two, she was later promoted to being a series regular in season three. In total, she starred on the show for three seasons, up until 2015.

Brandi Glanville currently resides in Los Angeles, California with her family. At this time, we do not have any further details on her location.

What Kind of Car Does Brandi Glanville Drive?

We do not have any information on Brandi Glanville’s car.

How Much Money Did Brandi Glanville Earn Last Year?

At this time, it’s unclear how much Brandi Glanville had earned in 2016.

Kept busy with her television career, she has appeared on several talk shows over the past few months including Larry King Now, Hollywood Today Live, What Happens at the Abbey, and Daily Pop.

Earlier this year, she also participated in the game shows, My Kitchen Rules, and Gay for Play Game Show Starring RuPaul. On top of that, the reality star is also featured on the twentieth season of Celebrity Big Brother, in which she appears as one of the housemates.

As far as acting goes, she played the part of Tech Whitley in the TV film, Sharknado 4: The 4th Awakens.  Released in July 2016, the film’s main cast included Masiela Lusha, Tara Reid, and Ian Ziering.

If you want to stay connected with the former model, why not follow her on social media? As expected from a popular reality star, she is active on a few platforms including Twitter (@BrandiGlanville) and Instagram (@BrandiGlanville). On top of that, there is of course, also her Facebook page at @brandiglanville1.