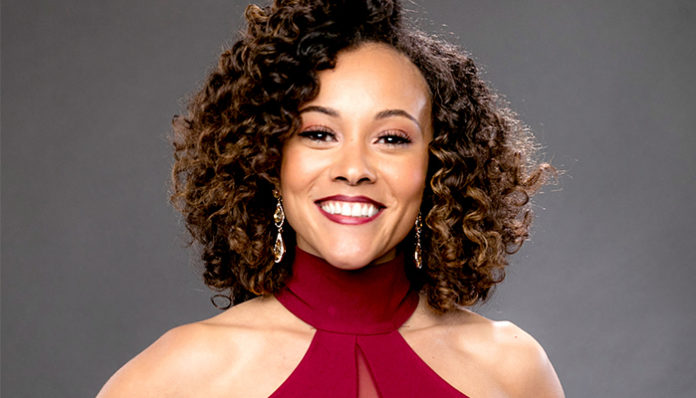 A reality star, Ashley Darby rose to fame on Bravo’s reality series, The Real Housewives of Potomac. Twenty-seven years of age at the time of the show’s premiere, she became the youngest housewife in the history of the franchise. To date, she has starred on RHOP for two seasons, the last of which had wrapped in July 2017. Some of her co-stars include Gizelle Bryant, Karen Huger, Robyn Dixon, Charisse Jackson-Jordan, and a couple of others.

Needless to say, it was the Bravo series that had propelled her to TV stardom. With that said, it’s currently unknown whether or not the reality series will be renewed for a third season (as there’s been no word from the network). As far as other television appearances, she has been featured in a couple of other programmings including Hollywood Today Live, and Watch What Happens: Live.

With her newfound fame, is it safe to assume that’s doing fairly well for herself? How much is she paid for her appearances on the Bravo reality series? What else does she do for a living? According to sources, Ashley Darby currently has an estimated net worth of $5 million. Where did she earn the majority of these funds from? Let us take a look below.

How did Ashley Darby Make His Money & Wealth?

Born on June 8, 1988, in Maryland, Ashley Darby spent most of her teen years juggling multiple jobs in order to support her single mom and younger siblings. After completing high school, she went to the University of Maryland; at the same time, she also bartended on the side for extra income.

Ultimately, it was while bartending that she was scouted and invited to participate in the Miss District of Columbia Pageant. Jumping at the opportunity, she eventually went on to take the crown in 2011. Not long afterward, she met Michael Darby, a real-estate millionaire whom she quickly fell for. After four years of dating, the pair eventually tied the knot in 2016.

As it happened, her television career also launched around that time. In early 2016, she was cast as one of the main housewives in Bravo’s newest installment, The Real Housewives of Potomac. Premiered on January 17, 2016, the show also centered around the lives of Karen Huger, Robyn Dixon, Gizelle Bryant, and Charrisse Jackson-Jordan, among a couple of others.

Incredibly popular, as expected from the franchise, the show ultimately propelled Darby to television stardom. In total, she remained on the show for one season, after which she returned as a guest for season two.

What was her salary for the reality series? Unfortunately, information regarding her contract with Bravo has not been revealed to the public. With that said, a fair guess would probably be in the $20,000 to $40,000 range (purely speculation).

Up until earlier this year, she had been married to her husband of three years, Michael Darby. In a shocking revelation, it was revealed that the two had separated in June 2017.

Does Ashley Darby Have Any Children?

No, Ashly Darby does not have any children.

Did Ashley Darby Go to College?

Yes, she did. After completing high school, she went to the University of Maryland (during which she worked as a part-time bartender).

Ashley Darby currently resides in Washington, D.C., as per her Twitter location. We do not have any photos of her home to share at this time.

What Kind of Car Does Ashley Darby Drive?

We do not have any information on Ashley Darby’s car.

How Much Money Did Ashley Darby Earn Last Year?

Information on Ashley Darby’s earnings for 2018 are unavailable.

One of the main housewives in RHOP, Darby recently starred on the second season, which wrapped up in July 2017. For now, it’s unknown whether or not the series will continue for a third season. In terms of other television appearances, she has also been featured on the talk shows, Hollywood Today Live, and Watch What Happens: Live.

What else has she been busy with this year? According to her official bio, she’d also launched an authentic Australian restaurant called Oz Restaurant and Bar in Washington, D.C., (with her husband at the time) recently.

Looking to stay up-to-date with the reality star? If so, you’ll be happy to know that you can find Ashley Darby on a few social media platforms including Twitter at @_AshleyDarby, and Instagram at @AshleyBoalchDarby.