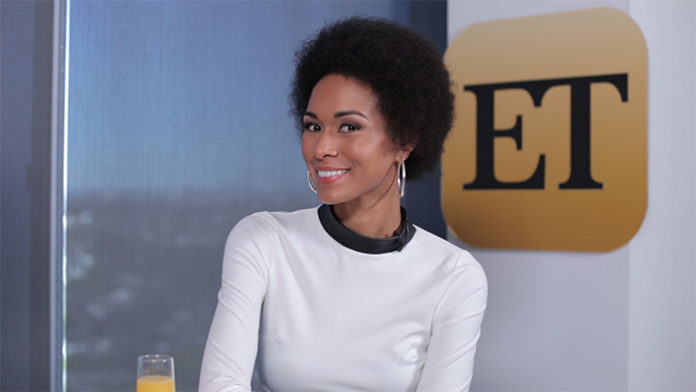 A reality star, Katie Rost is best known for her appearances on The Real Housewives of Potomac. One of the original housewives on the show, she remained for one season, prior to departing in 2016. With that said, she later returned for a handful of guest appearances in season two. During her time on RHOP, she starred alongside Gizelle Bryant, Ashley Darby, Karen Huger, and Robyn Dixon.

Unfortunately, Rost hasn’t appeared on television much since her departure from The Real Housewives of Potomac. Looking at IMDb, the only other credit that she has to her name is a brief appearance that she had on the talk show, Access Hollywood Live. What else does she do for a living? According to her official bio, she’s also an international model, having graced the covers of numerous magazines the past.

Hailing from an affluent family, it’s probably fair to say that she’s able to enjoy a lavish lifestyle. With that said, how much is the TV personality worth now? According to sources, Katie Rost currently has an estimated net worth of $3 million. How much of this came from her time on The Real Housewives of Potomac? Interested in knowing the answer? Be sure to keep on reading below!

How did Katie Rost Make His Money & Wealth?

Born on July 7, 1980, Katie Rost spent the majority of her life in Potomac, Maryland, with her biracial family. Raised in an affluent household, she attended the best private schools in the city and was groomed to be a top lawyer or doctor. Despite this, however (and much to her parents’ dismay), she chose to pursue modeling after graduating from high school.

Following her dreams, she eventually moved to New York, where she modeled for numerous brands and magazines. At one point in 2009, she was even invited to join Vogue Magazine’s 100 List, that is, a group of fashionable women from across the country who act as “arbiters of style.”

Many years into her modeling career, Rost found herself joining the cast of Bravo’s newest reality series, The Real Housewives of Potomac. The eighth installment of the popular franchise, it centered around the lives of several women in the Potomac area including Charisse Jackson-Jordan, Gizelle Bryant, Karen Huger, and Ashley Darby, among a few others.

One of the original housewives, the model made her debut in the series premiere, which aired on January 17, 2016. From there, she continued to be featured as the main star, up until the end of season one, after which she returned as a guest.

How much was Katie Rost paid for her time on The Real Housewives of Potomac? Unfortunately, said information has not yet been disclosed to the public. With that said, it’s likely that she received a few tens of thousands for her appearances on RHOP.

The last that we heard, Katie Rost was in a relationship with longtime boyfriend, Andrew Martin. Previously, she was married to James Orsini.

Does Katie Rost Have Any Children?

The reality star has three children with her ex-husband, two daughters named Kathryn and Renee, and a son named James Rocco.

Did Katie Rost Go to College?

Yes, she did. After completing high school, she studied at Boston University, from which she later obtained a journalism degree.

Katie Rost currently resides in Potomac, Maryland with her family. We do not have any photos of her house at this time.

What Kind of Car Does Katie Rost Drive?

We do not have any information on Katie Rost’s car.

How Much Money Did Katie Rost Earn Last Year?

Information regarding Katie Rost’s 2018 earnings is unavailable at this time.

Up until July 2017, the mother of three was featured in the second season of The Real Housewives of Potomac. To date, there has been no word on whether or not the series will be renewed for a third season. As far as we can tell, she did not appear in any other television programs in 2017.

What else has she been up to? For one thing, she also enjoys spending time with her children (whom she shares with her ex-husband). On top of all that, she also runs the Ronald F. Rost Charitable Foundation with her mother, in memory of her late father.

If you want to stay connected with the celebrity housewife, why not follow her on social media? You can find Katie Rost on Twitter at @KatieRost or on Instagram at @MsKatieRost.