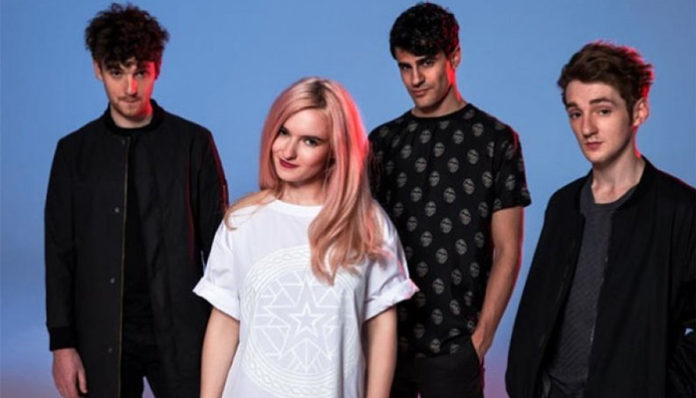 Formed in 2008, the electronic music group Clean Bandit released their debut single, A+E in 2012. Made up of Grace Chatto and brothers Luke and Jack Patterson, the crew eventually came out with their long-awaited studio album, New eyes in 2014. Incredibly successful, it gave rise to numerous songs including the multi-platinum hit, Rather Be, featuring Jess Glynne. The following year, the single also garnered them their first Grammy Award for Best Dance Recording.

Since then, the trio has released several additional records including Extraordinary, Come Over, Real Love, Tears, and Stronger, many of which were collaborations with other artists (e.g. Sharna Bass, Style G, Jess Glynne, Louisa Johnson). While they haven’t come out with any new albums since 2014, they did drop a few songs in 2017- Disconnect, I Miss You, and Symphony, the last of which topped the U.S. music charts.

Considering the fact that they have millions of fans across the globe, surely they’re a wealthy bunch? How much has the trio managed to make from their records over the years? According to sources, Clean Bandit currently has an estimated net worth of $10 million. Where did the majority of their wealth come from? What are some of their greatest projects? Let’s take a look below.

How did Clean Bandit Make His Money & Wealth?

Formed in 2008, the members of Clean Bandit, Neil Amin-Smith, Luke Patterson, and Jack Patterson had originally met while attending Jesus College, the University of Cambridge as undergraduates. Realizing their mutual interests in music, they eventually formed a group called, Clean Bandit (derived from the translation of a Russian phrase).

Their first single, A+E, taken from their debut album, was eventually released in late 2012. Riding on their initial momentum, a handful of songs soon followed including Mozart’s House (Feat. Love Ssega), Dust Clears (Feat. Noonie Bay), and Rather Be (Feat. Jess Glynne), the last of which topped the UK Albums chart (making it the group’s first number one hit).

Two years after making their big debut, Clean Bandit released their long-awaited studio album, New Eyes in May 2014. Consisting mostly of collaborations, the project boasted thirteen tracks including Telephone Banking, New Eyes, Heart on Fire, Up Again, and Mozart’s House. Praised for its classical elements, the album reached as high as number three on the UK Albums chart and number six on the Top Dance Albums chart.

Since then, Clean Bandit hasn’t released any new albums. With that said, they did go on to drop a number of singles including Symphony (Feat. Zara Larsson), Rockabye (Feat. Sean Paul and Anne-Marie), I Miss You (Feat. Julia Michaels), and Disconnect (with Marina and the Diamonds), many of which garnered multi-platinum accreditation across the world.

Obviously, the group would have yielded a decent amount of earnings from the above records. Having said that, a good portion of their income would have also stemmed directly from things such as concerts tours, and performances. In fact, Clean Bandit had just recently finished their 2017 tour, which wrapped up in December 2017, following over 40 shows worldwide. For those who may be interested, they’ll be embarking on yet another tour, later this January.

Are the Members of Clean Bandit Married?

As far as we can tell, none of the members are currently married.

Do the Members of Clean Bandit Have Any Children?

No, none of them have any children.

Did the Members of Clean Bandit Go to College?

Yes, they did. In fact, it was while they were attending Jesus College, University of Cambridge, that they’d met back in 2008.

Where do the Members of Clean Bandit Live now? Photos of their House

The members of Clean Bandit currently resides in Cambridge. We do not have any further information on their residence at this time.

What Kind of Car Do the Members of Clean Bandit Drive?

We do not have any information on their car at this time.

How Much Money Did Clean Bandit Earn Last Year?

At this time, we do not have any information regarding their 2018 salary.

As mentioned earlier, Clean Bandit had released three singles in 2017- Symphony, I Miss You and Disconnect, two of which went on to chart in multiple countries. Of course, they had also been busy traveling and performing for their 2017 concert tour.

If you’d like to stay up to date with the group, why not follow their social media accounts? You can find Clean Bandit on Twitter at @cleanbandit, or on Instagram at @cleanandit. Don’t forget to also visit their official Facebook page at @cleanbandit.