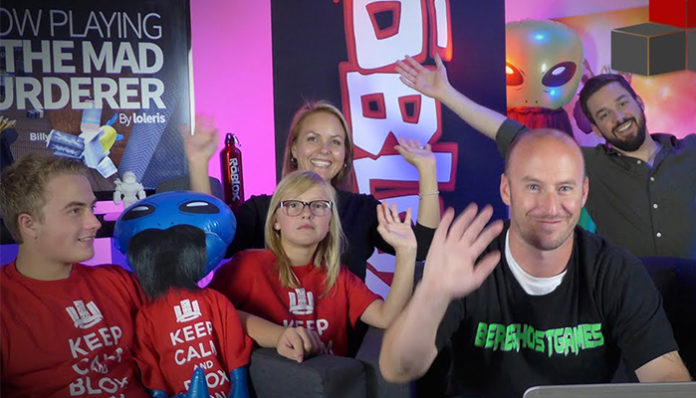 A social media star, Bereghost is perhaps best known for his gameplay videos on Youtube. A user since 2011, he has uploaded dozens of videos throughout his online career, most of which receive over 20,000 views each. Initially known for his Minecraft and Call of Duty content, he has since played several other titles including Roblox, World of Zoo, and Left 4 Dead, to name a few.

As of 2018, Bereghost has amassed over 880,000 subscribers with more than 600 million views across his channel. To date, his gameplay of Roblox: Jaws from 2014 remains to be his most popular upload, with over 15.2 million hits. Extremely active on the site, his regular updates have led his following to increase steadily over the past year; in 2017 alone, his subscriber count has increased by 100K.

How successful is his Youtube channel in terms of profit? How much does he make from his gameplay videos? How wealthy is he? Unfortunately, Bereghost’s net worth is currently still under review. With that said, let’s take a look at the money-making potential of his videos below.

Bereghost’s Net Worth 2018 – Under Review

How did Bereghost Make His Money & Wealth?

Born on August 9, 1978, in Utah, Bereghost (Real Name: Michael Coker) currently lives with his wife, and two children, Brianna and Tyler. Unfortunately, not much is known about his early life at this time.

An avid gamer, he joined Youtube in the fall of 2011. At the beginning, Bereghost generally posted videos from Call of Duty and Minecraft; it wasn’t until later on, that he started to include other games in his channel. Some of the titles that he’s since played include Roblox, Modern Warfare, Saints Row 3, World At War, and Dungeon Defenders, to name a few. In particular, Roblox had garnered him a significant following in the early 2010’s.

In the six years that he’s been uploading videos, Bereghost has amassed over 880,000 subscribers, with more than 600 million combined videos across his channel. Some of his most popular titles as of 2018 include Roblox: Jaws Updated, Minecraft: Harrison the Mining Turtle, Family Game Nights Plays: Roblox, Work at a Pizza Place, and The Mad Murderer, all of which have generated millions of hits each.

With the views that he gets, surely he makes a decent amount from the ads that are displayed on his videos? How much does he make from his Youtube channel? Assuming that he has been monetizing all of his videos via Google Ads, he’d earn anywhere from $2 to $5 per 1,000 ad views (the exact amount depends on various factors). Seeing as how he has 600.7 million views, that would work out to be earnings of $480,000 to $1.2 million (before Google’s cut) so far.

Given that he continues to upload new videos on a regular basis, it’s inevitable that his channel will also continue to grow. In fact, according to statistics provided by Socialblade, Bereghost has been gaining upwards of 300 new subscribers on a daily basis, as of 2018.

Yes, the gaming sensation has been married to Miranda Coker, aka “Pixiedust423” for many years. In fact, the two regularly appear in videos together on his channel.

Does Bereghost Have Any Children?

Yes, he has two children, a son named Tyler, and a daughter named Brianna, both of whom make regular appearances on his channel.

Did Bereghost Go to College?

At this time, not much is known about his education history. For now, it’s assumed that he has not gone to college.

At this time, no much information is available on Bereghost’s location; our best guess is that he is currently living in Utah with his family. Photos of the family home are also unavailable.

What Kind of Car Does Bereghost Drive?

We do not have any information on Bereghost’s vehicle at this time.

How Much Money Did Bereghost Earn Last Year?

At this time, we do not have any information on Bereghost’s 2017 earnings.

Over the past few months, he has uploaded numerous videos to his Youtube channel, most of which feature him playing Roblox, Days to Die, Holdfast Nations at War, Battle Royale, and Astroneer, among many others.

From January 2017 to February 2018, his subscriber count has grown from 784K to 883K. Don’t want to miss out on his newest uploads? Be sure to subscribe to his Youtube channel!

Interested in following him outside of Youtube? You’ll be happy to know that you can find Bereghost active on a few social media platforms including Twitter at @Bereghostgames and Instagram at @Bereghost.games. In fact, you can also follow his daughter Brianna at @BriannaSnapple and his wife, Miranda at @Pixiedust423.