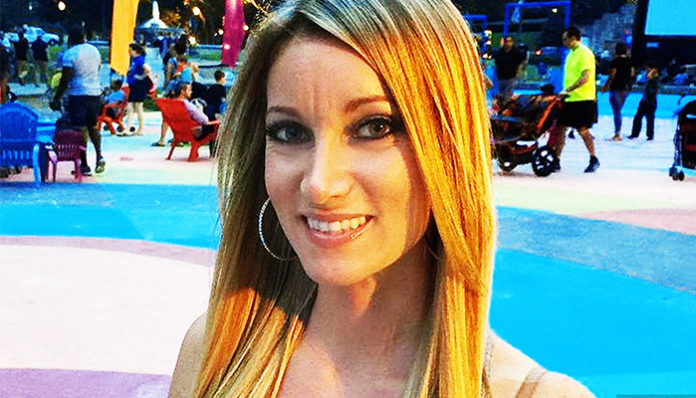 An Internet celebrity, Jeana Smith is best known for her Youtube channel, BFvsGF. Involved with social media for many years, she had launched the channel, as a joint venture with her partner, back in 2009. From then until now, it has grown to be extremely successful, with over 9.3 million (and counting) subscribers, making her one of the most popular users on the platform.

Not only does she vlog on a regular basis, but she also posts a variety of challenge, and prank videos, all of which are incredibly well received by fans. As of early 2018, her channel has received over 2.8 billion views. Some of her most popular uploads to date include Dog Humps Girl, Monster Under Bed, Mud Wrestling Babes, Touch My body Challenge, and Pizza Challenge.

With the fan base that she has, surely her Youtube career is as lucrative as it seems? How much money does the blonde make from her videos? How rich is she? According to various sites, Jeana Smith has an approximate net worth of $4.8 million as of 2018. Where did she make most of this money from? Hopefully, we’ll be able to answer some of these questions below.

How did Jeana Smith Make Her Money & Wealth?

Born on March 15, 1983, in Pennsylvania, Jeana Smith spent most of her life in Philadelphia. Unfortunately, we do not have any information on her early life at this time. What we do know is that she and her partner, Jesse Wellens, had launched the Youtube channel in 2009; she was twenty-six at the time.

Taking to the site almost immediately, the two posted a number of videos to their channel that year; some of their earliest uploads include, Late Night Pizza in Philly, Cute Puppy Maltipoo, Philly Music Pizza, Diddy Reese Ice Cream Sandwich, and Chubby Bunny. Relatively successful, they had earned themselves a solid Youtube following by the end of the year.

Today, she has over 9.3 million followers on Youtube, with more than 2.8 billion views across her videos; the most popular upload being that of Dog Humps Girl with over 46.9 million hits. Some of her other top hits include Monster Under Bed, Mud Wrestling Babies, Prank Went Horribly Wrong, Smoothie Challenge, and Pizza Challenge.

Now for the question that we’re all eager to know- how much has she earned from the Youtube channel? If anything, the 2.8 billion views that she’s received would have translated to a decent amount of earnings. Assuming that she receives upwards of $5 per 1,000 ad views and that approximately 40% of his videos are monetized, she would have made ~$5.7 million so far. Seeing as how she operated the channel with Jesse Wellens prior to their breakup, it’s probably a fair guess that they split the earnings.

Aside from Youtube, Jeana Smith also has a presence on a few other social media platforms including Instagram and Twitter. For instance, the blonde currently has over 1.6 million fans following her on the photo-sharing app.

Previously, she was in a relationship with Jesse Wellens, with whom she had launched her Youtube channel. After ten years of dating, they broke up in the summer of 2016.

Does Jeana Smith Have Any Children?

No, as far as we can tell, she does not have any children

Did Jeana Smith Go to College?

Yes, she did go to college. After graduating high school in the early 2000’s, she went to Rowan University in Glassboro, New Jersey, from which she graduated at the top of her class.

The Youtube star currently resides in her hometown in Philadelphia, Pennsylvania.

Photos of her home are unavailable at this time.

What Kind of Car Does Jeana Smith Drive?

Information on Jeana Smith’s car is unavailable at this time.

How Much Money Did Jeana Smith Earn Last Year?

At this time, we do not have any information on Jeana Smith’s 2017 earnings.

As one can probably expect, Jeana Smith has been kept busy making, and uploading new videos to her Youtube channel. Despite her efforts, however, it would appear that her subscriber count has been on the decline since 2017.

Having said that, she still has a relatively strong fanbase on the site, with over 9.3 million followers. At the time of this writing, she had uploaded her newest video, Surprise New Year’s Proposal on January 3, 2018.