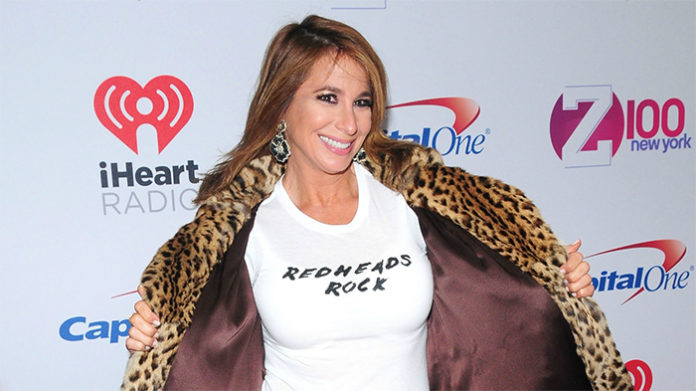 A successful entrepreneur, Jill Zarin rose to fame on the popular reality series, The Real Housewives of New York City. One of the show’s original cast members, she remained on the series for three years, prior to making her departure at the end of season four. During her time on RHONY, she starred alongside fellow housewives Luann de Lesseps, Bethenny Frankel, Ramona Singer, Alex McCord, and, Kelly Bensimon.

Since her rise to fame in RHONYC, she has appeared in numerous other TV programmings including The Apprentice, Iron Chef America, Who Wants to Be a Millionaire, The Trend on Zappos, and Celebrity Wife Swap. In fact, the reality star has also acted on a couple of occasions in the television series, White Collar (2011), and in the TV film, Night of the Wild (2015).

As one of the original stars of RHONYC, how much did she receive as part of her contract with Bravo? How rich is she? According to sources, Jill Zarin has an estimated net worth of $35 million as of 2018. Where did the bulk of her fortune come from? How many ongoing projects does she have? Let’s try to answer some of these questions below.

How did Jill Zarin Make Her Money & Wealth?

Born and raised in Woodmere, New York, Jill Zarin moved to Massachusetts to study at attended Simmons College School of Retail Management in her early twenties. From there, she worked as an assistant buyer at Filene’s department store, a position that she excelled at. Unfortunately, not much has been revealed about her early life at this time.

Eventually cast in the reality show, RHONYC, she made her big debut in the series premiere, which aired on March 4, 2008. One of the original housewives, she shared her on-screen time with fellow New Yorkers, Alex McCord, Bethenny Frankel, Luann de Lesseps, Ramona Singer, and a couple of others.

Incredibly popular among viewers, its success led RHONYC to be renewed, over and over,  by Bravo. In the end, however, Zarin only stayed for four seasons; she had ultimately decided to leave the show in 2011. As far as we can tell, she has no intention of returning to the Bravo series in the future.

Responsible for her rise to fame in reality TV, how much was she receive as part of her contract with Bravo? Unfortunately, this information has never been revealed to the public. For now, we can only make speculations on her salary.

Aside from the Bravo series, Zarin has been featured in numerous shows since including The Tyra Banks Show, Watch What Happens, Hannity, The Spin Crowd, Who Wants to be a Millionaire, Iron Chef America, and The Apprentice, to name a few. In fact, she has even appeared in the TV series, White Collar and in the made-for-television film, Night of the Wild.

In addition to her television career, she has of course, also been kept busy with her various business endeavors (which includes a line of body shareware, bedding, and undergarments).

The reality star has been married to the entrepreneur, Bobby Zarin for many years.

Does Jill Zarin Have Any Children?

Jill Zarin has a daughter with her husband named Ally.

Did Jill Zarin Go to College?

Yes, she went to Simmons College in Massachusetts after completing high school.

What is Jill Zarin Famous For?

Jill Zarin is best known for her appearances on RHONYC. One of the original cast members, she stayed for four seasons, prior to leaving in 2011.

Jill Zarin currently lives in New York with her husband and son. Photos of her home are unavailable at this time.

What Kind of Car Does Jill Zarin Drive?

Information on Jill Zarin’s vehicle is unavailable at this time.

How Much Money Did Jill Zarin Earn Last Year?

At this time, we do not have any information on Jill Zarin’s 2017 earnings.

As far as we can tell, Jill Zarin hasn’t made any television appearances in the recent year. Considering that, it only makes sense that she’s been busying herself with her many business ventures.

Interested in following the former RHONYC star on social media? If so, you’ll be happy to know that Jill Zarin is active on a few platforms. For instance, you can find her on Twitter at @JillZarin and on Instagram at @MrsJillZarin. In fact, she even has her own official Facebook page at @JillZarin.