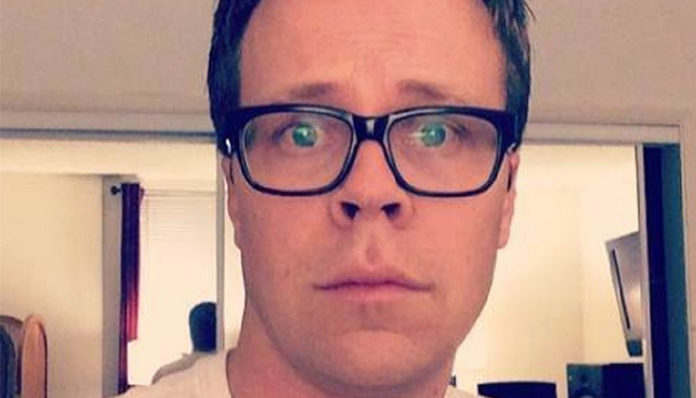 A Youtube celebrity, Matt Yoakum is perhaps best known for his channel, on which he posts a variety of videos (e.g. vlogs, pranks, experiments, challenges, etc). A record producer and songwriter, he has collaborated with fellow musician, Joshua David Evans multiple times in the past. In fact, one of his most popular videos, Michael Jackson Mash-Up (Love Never Felt So Good) was a collaboration with the said vocalist.

As of 2018, Matt has amassed over 630,000 followers with more than 77 million views across his channel. Known for his musical talent and witty humor, he has directed a number of web episodes and shorts throughout his online career. For instance, he has worked on The Mumblesteens, Dolphin Rape PSA, Minute Motivations, and Halfway Hitched, to name a few. As an actor, he’s also made a couple of cameos in the TV series, One Tree Hill, and in the short, Thirst.

How wealthy is the multi-faceted man? According to sources, Matt Yoakum currently has an estimated net worth of $2 million. How much of this came from his success on Youtube? What about his various other endeavors? Let us take a look at some of the answers below.

How did Matt Yoakum Make His Money & Wealth?

Born on July 17, 1980, in Pueblo, Colorado, Matt Yoakum has been singing and performing ever since he was a young boy. In fact, he was a member of a boy band called Townsend during his teen years. A talented lyricist and pianist, he performed with the group for a few years, prior to being chosen as one of the finalists for ABC’s reality competition series, Making the Band in 2000.

Around that same time, he also attended Western Oregon University. Following his graduation in 2004, he landed a job with Hilton Hotels, where he worked in sales for close to six years.

Ultimately, it wasn’t until the 2010’s that he first started to garner attention on social media. Creating himself a Youtube channel, he began to upload various videos, from music remixes to vlogs, onto his account. With his exceptional skill set and humor, it wasn’t long before his subscriber count began to soar.

From then until now, he has amassed over 636,000 subscribers, with more than 77 million views across his videos. Currently, Matt’s most popular uploads include Halloween Pancake Art Challenge Gone Wrong, Gymnastics with the Bratayley’s, Ultimate Slime Challenge, and Disney Song Challenge.

How much does he make from his Youtube channel? According to various sources, he earns upwards of $250 from ad revenue alone, per day! This works out to approximately $90,000 a year.

In addition to his successful Youtube career, he’s also an accomplished director with a number of credits to his name. For instance, he has worked on the shorts, Shit LA People Say, Shit Fat Vs. Skinny Girls Say, Dolphin Rape PSA, as well as on the TV series, The Mumblesteens, Minute Motivations, and Halfway Hitched.

But wait, there’s more- the Youtuber has also released a couple of singles. In 2015, he teamed up with Joshua Evans for the mashup, Man in the Mirror/Love Never Felt So Good. A year later, he also contributed to a rendition of Imagine with various other artists.

Matt Yoakum married fellow Youtuber, Rebecca Zamolo in 2014. Following their nuptials, a video of their wedding was uploaded to his channel.

Does Matt Yoakum Have Any Children?

No, Matt Yoakum does not have any children.

Did Matt Yoakum Go to College?

Yes, he did. After completing his secondary education in the late 90’s, he went to Western Oregon University for a four-year undergraduate program.

At this time, we do not have any information on Matt Yoakum’s whereabouts, nor do we have any pictures of his home to share.

What Kind of Car Does Matt Yoakum Drive?

We do not have any information on Matt Yoakum’s car.

How Much Money Did Matt Yoakum Earn Last Year?

We do not have any information on Matt Yoakum’s 2017 salary at this time.